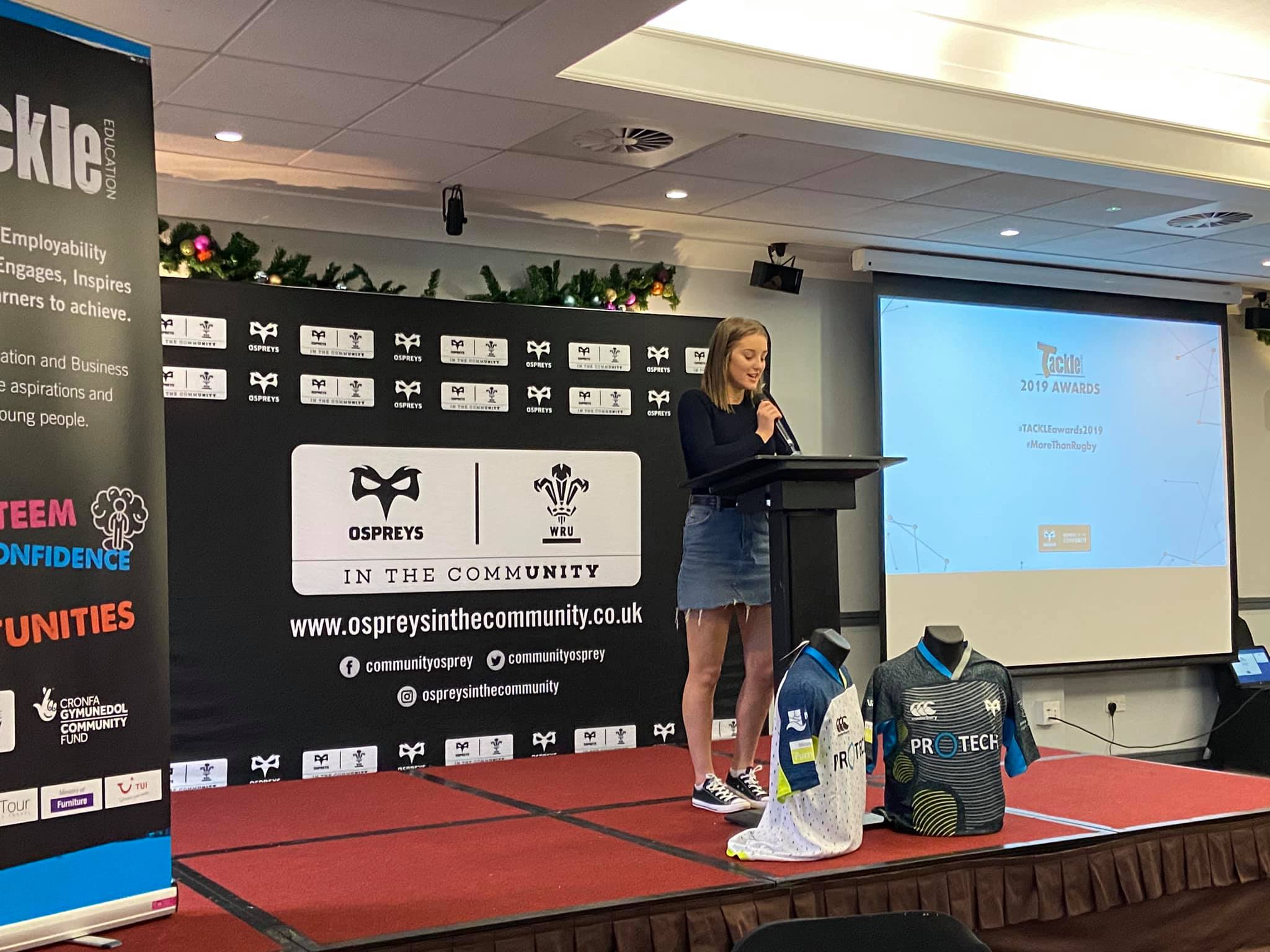 Ospreys in the Community’s TACKLE Ambassador, Tilly Davies has been announced as part of The National Lottery Community Fund’s Young People in the Lead Wales Advisory Panel.

Before completing TACKLE’s Summer programme last year, Tilly found herself at a crossroads and wasn’t sure what career path to take. She had the opportunity to join the programme where she had the opportunity to take part in various projects and workshops to improve her skills. Despite being nervous to start with, at the end her confidence sky-rocketed and through the aid of TACKLE her goals were set.

Aged just 17 years old, Tilly now studies at NPTC at Llandarcy Academy of Sport. During the course of the year, she has gone onto help others on TACKLE, give advice, complete a number of presentations and even played a starring role in organising our inaugural TACKLE awards back in December where she also delivered an inspiring speech. Her hard work and dedication also earned her one of Ospreys in the Community’s TACKLE Ambassadors positions where she has utilised her own experience to give back to the programme and assist others in their future life and career choices.

After being named on the "Young People in the Lead Wales Advisory Panel" she hopes to use sport to support and raise awareness of work being done in Wales for young people.

She commented: “My passion is to learn more about projects/charities that are supporting young people with disabilities and mental health issues. In the future I hope to use sport to raise awareness of work being done around wales. When I’m not playing sport I like to spend time with family and I love drinking tea. My goal is to travel the world.”

“We’re all extremely proud of Tilly for what she has achieved this year. Her personality shines through with everything she has done with the OitC team whether it’s helping at camps, support on a match day or on TACKLE. Even recently she spoke to learners about life in NPTC via Zoom. One of her strengths is her willingness to push herself outside of her comfort zone and once she does this, her enthusiasm and energy just takes over. The Lottery contacted me a few months ago asking for any recommendations and Tilly immediately came to mind, so we are so pleased that she can influence not only those within the Ospreys region but Nationally too.”