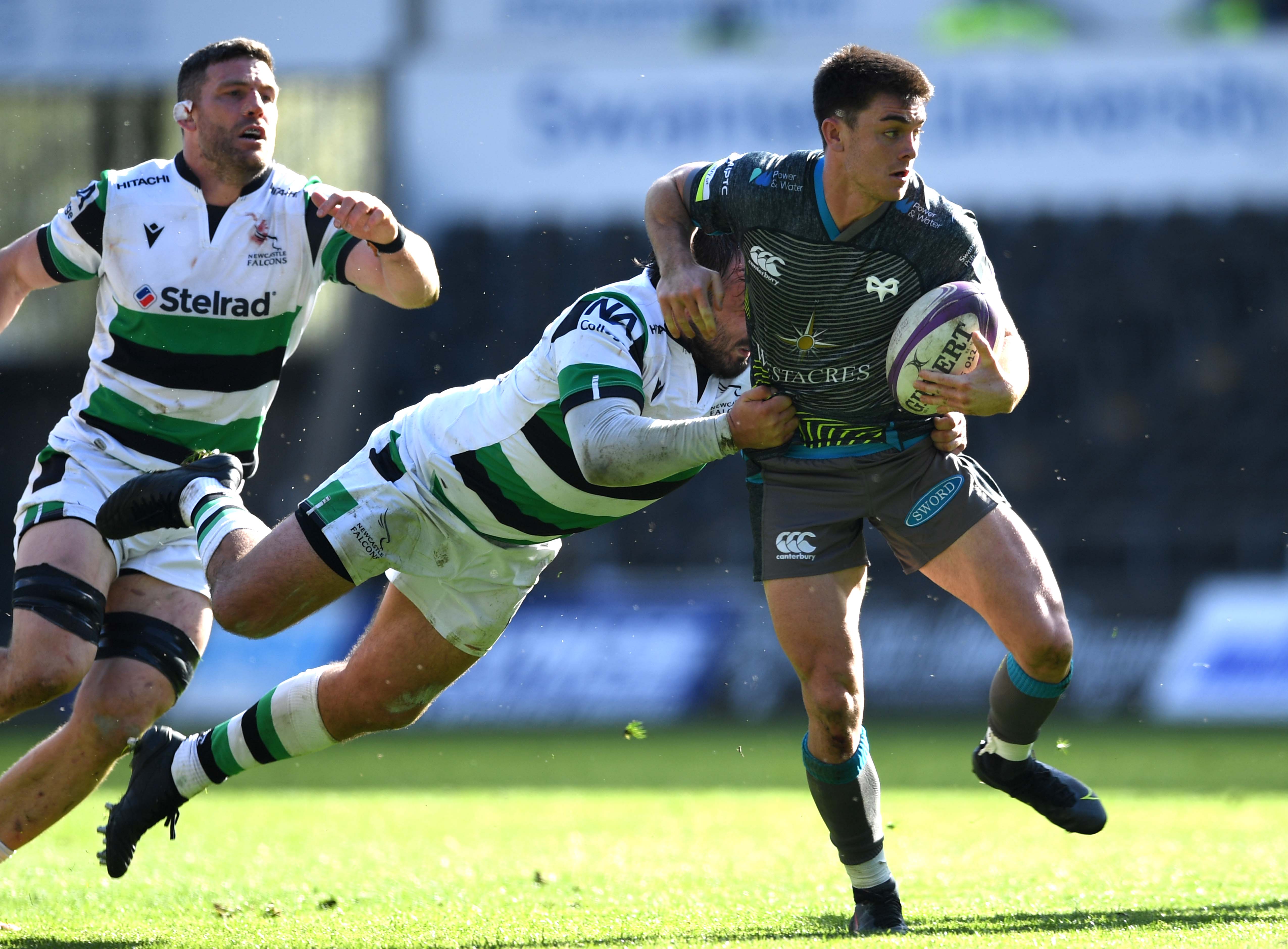 How did your rugby career begin and how did you find your way to being in the Ospreys squad?

My dad really started all of this, it started with him and at Neath Athletic at eight years of age. Soon as I started playing rugby at that age, it was the only thing I really wanted to do. Rugby has always been the main focus for me.

What does it mean to you to play for the Ospreys?

I grew up watching the Ospreys; they were always my team, along with Neath. This is where my rugby heroes played and, for as long as I can remember, I always wanted to play for them. I used to always sign up for the Ospreys junior camps when I was a young boy. I had a dream and always pictured myself being with and playing for the Ospreys.

That must mean getting the chance to play alongside the likes of James Hook was a really big moment for you?

The most surreal moment was when James Hook came back. Hooky was a real hero of mine when I was a youngster.  Hope he doesn’t mind me saying that, but I always followed him playing for Wales, the Lions and when he went away too, and we were scrum half and fly-half in one of my first games here. That was just surreal. To train with and play alongside players that you grew up watching is brilliant. You are playing for the team that had Shane Williams, Hooky and Gavin Henson, players I used to always watch.

Reuben Morgan-Williams
"I grew up watching the Ospreys; they were always my team, along with Neath. This is where my rugby heroes played and, for as long as I can remember, I always wanted to play for them."

There have been some big characters and big players, who have worn the Ospreys number nine jersey down the years, what’s it like to train with a player of such experience like Rhys Webb?

Rhys Webb is probably one of the best scrum halves the Ospreys have had and they have had some of the best around at the Liberty. He is a top professional and for me, as someone starting out, to learn off someone like him is priceless for me. His standards are high and are ones I know I have to measure myself by. They are big boots to fill, when you think of some of the nines they have had here in the past, but that is the challenge and one I accept.

As a young scrum half, learning your trade, what’s it like having the brains trust of two experienced and successful No10’s like Brock James and Stephen Myler, to learn from?

We have some long meetings but it’s all good. Brock and Stephen have been there, done it and been around the block. Just having the opportunity to learn off them is huge. Steve has helped my game so much and my development has come on leaps and bounds, just by playing alongside Stevie. His experience is invaluable out on the field. The games are easier because he knows what he wants and communicates it so well. He is level-headed and calm and that makes a real difference. Brock is the same, he has only just retired, played for a top club in Europe, but his knowledge of the professional game is unreal.

Toby Booth has made no secret of his philosophy to blood young homegrown players, what does that means to someone, like yourself, who has come through the Player Pathway Programme and is from the region?

As a young player, it is what you want. Having a coach who is willing to back you and trust you makes such a difference. You just know they are picking you because you have trained well and performed. That is all you can ask, knowing that they trust you to deliver on the pitch. I like to think I have put my hand up for selection but I know I have a lot to learn. I can be a bit hard on myself if I don’t think I have hit the standards I expect of myself. I just want to play as much as I can and to keep learning. There are parts of my game I know I have to improve and you do that by playing.