The Ospreys have toasted an “incredible year” after revealing that over 1,000 player community appearances were recorded during 2016.

The landmark was smashed during December at the second of two Christmas hospital visits during the month, when the players took time out to meet patients in the children’s ward at Bridgend’s Princess of Wales Hospital.

It marks an astonishing increase of more than 33 per cent on the previous year, when just shy of 750 player appearances were recorded throughout 2015.

Paul Whapham, Foundation Manager, Ospreys in the Community, hailed the figures of evidence of the impact that the newly registered charity is having, while thanking the rugby department at the Ospreys for the ongoing support afforded to OitC. He said:

“Since the launch of Ospreys in the Community at the end of 2015, the growth in our activity has been huge. Ospreys Rugby, with the support of the WRU Community development team in the region, was always extremely active, but having a dedicated team working within the Liberty Stadium has allowed us to take things to a different level again.

“We have been able to increase the number of club visits and appearances that are happening, while we have seen exponential growth in schools activity thanks to the success of our educational programme, with multiple player visits every week during term time.

“It’s important that, on behalf of Ospreys in the Community, I say thank you to Steve Tandy, the coaches and the players for the incredible support they give us, and the commitment that they share to really make an impact in the community every day.  Without that assistance, we couldn’t do what we do.

“2017 promises to be even busier. Our team continues to grow, with four more members of staff joining in 2016 and the team expanding even further next year. We are looking forward to some really exciting developments that, in partnership with the WRU, will create one community plan, continuing to transform our community activation and engagement over the course of the year.”

OitC has already created a wide range of strategic partnerships enabling the creation and activation of innovative programmes that will be contained within four Strategic Themes; Education, Health, Sport, and Inclusion. These partnerships saw OitC engage with 17,000 people in its first year.

Although OitC shares a strong relationship with the Ospreys, and forms a key part of the region’s long-term business strategy, it operates on an entirely independent basis to the professional rugby organisation.

Working in conjunction with commercial partners, public sector bodies and third sector agencies to generate financial support and resources, the aim of Ospreys in the Community is to create a vibrant and sustainable Foundation that utilises the undoubted power of the Ospreys brand, and players, in a positive fashion, to harness social good and make an impact in communities. 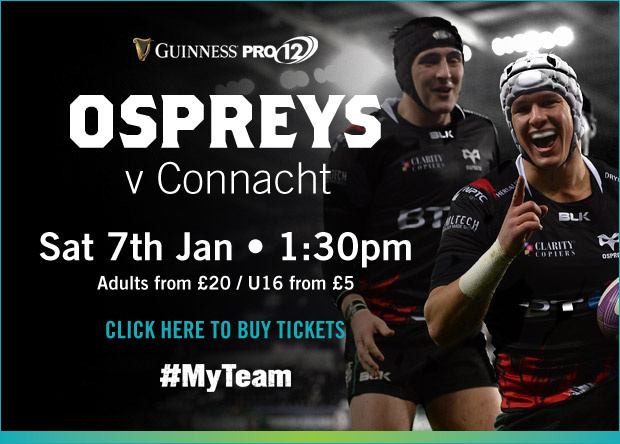