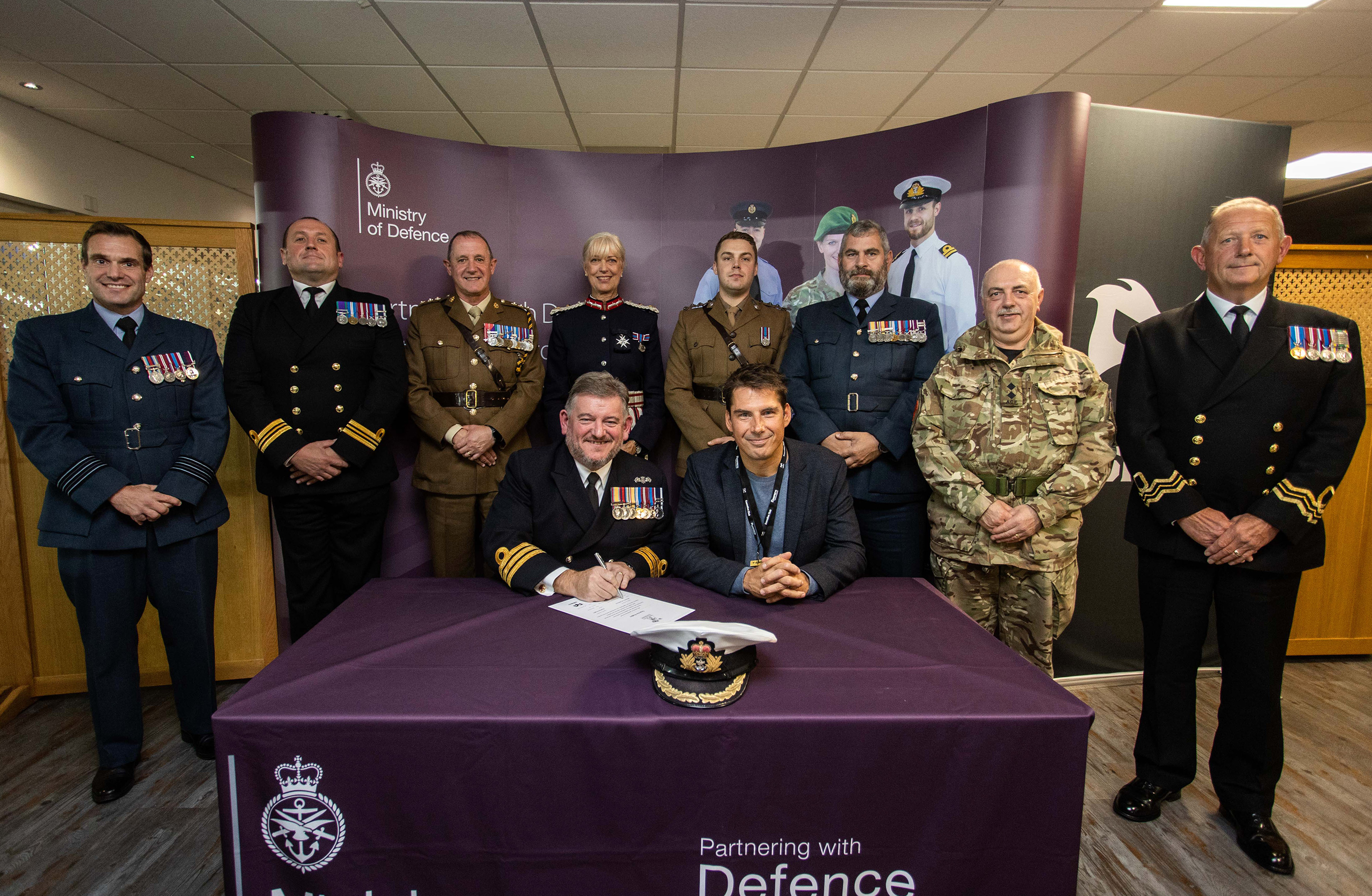 Our CEO, Nick Garcia, signed the Armed Forces Covenant recently as part of our Armed Forces Day held at the Swansea.com Stadium.

The covenant aims to bring together the Armed Forces community and the civilian community on a local level, nurturing mutual understanding and raising awareness of issues faced by the armed forces.

By having our CEO sign the Covenant, it signals our commitment to supporting the armed forces community.

The Covenant signing was part of our Armed Forces Day that was held at the Ozone for our BKT URC game against the Stormers. The day saw attendance from the Royal Navy, Royal Air Force and the British Army, who each had stalls at the game.

As part of the day, cadets from the forces also attended to cheer on the Ospreys.