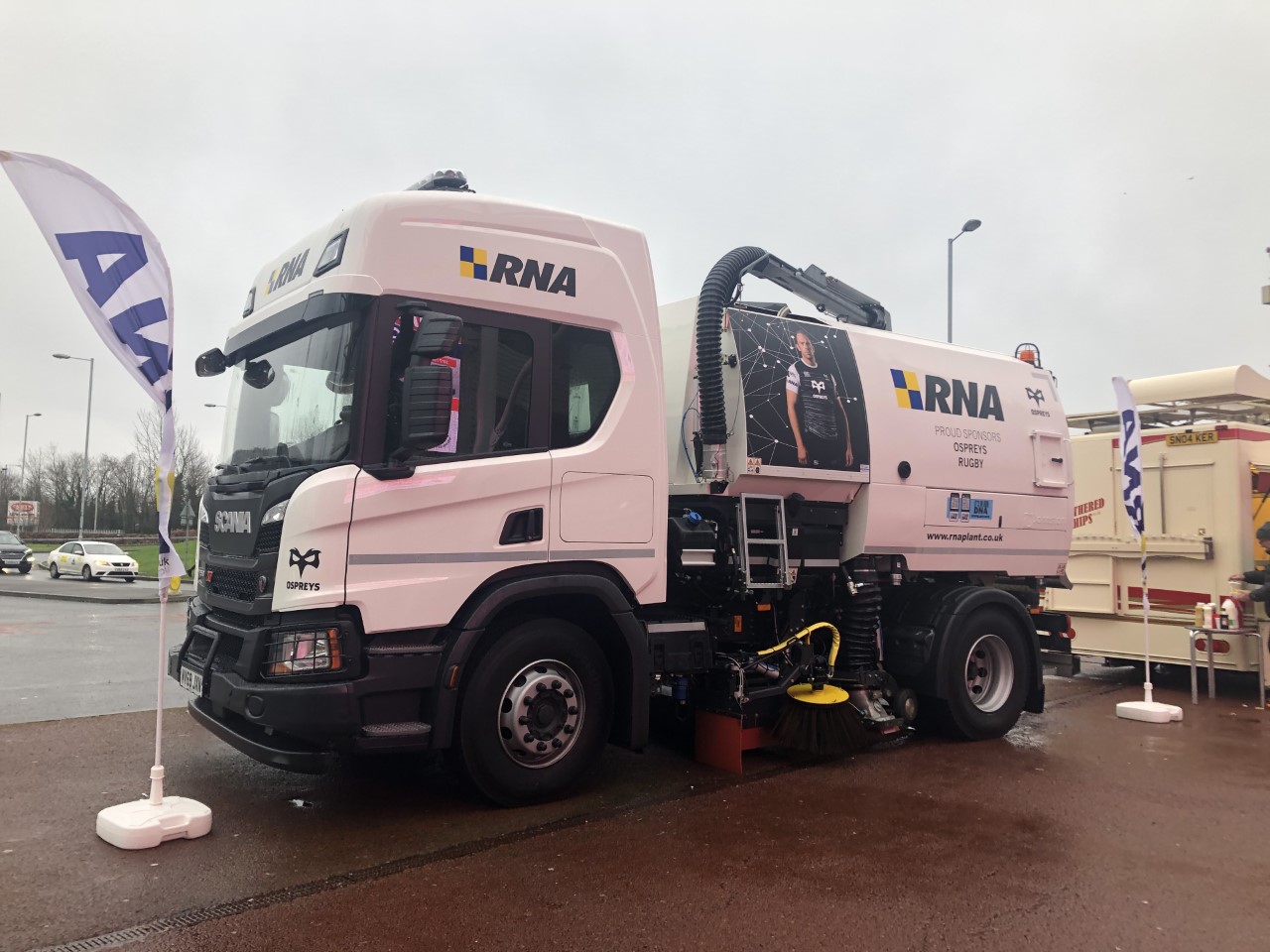 Ospreys and our valued Premium Partners, RNA, teamed up with Swansea Council at yesterday’s game against Saracens to launch a transport safety day.

We were joined by several key transport businesses to support the “Operation Close Pass” campaign ahead of kick off in the South and West car park.

Operation Close Pass was originally launched by West Midlands Police in 2016 and was designed to proactively identify and educate drivers who pass too closely to cyclists. Police attribute overtaking too close to cyclist as a contributory factor in a staggering 25% of serious collision between cyclists and large vehicles.  62% of people in the UK consider cycling on the roads ‘too dangerous’ so in order to obtain safer roads for cyclists as well as more people cycling, putting an end to close passing is key.

Trucks from RNA, AT & Morgan, Tom Pritchard, Jonathan Bowen, Lloyds Commercial & Asset Finance, Johnston Sweepers and Gavin Griffiths were all in attendance in the Liberty Stadium car park in all their glory. Despite the weather trying to put a dampener on the event, supporters were able to enjoy interacting with the vehicles and pose for selfies outside the trucks!

As well as the trucks, Bike ability, Freedom Leisure and Swansea Council were all on hand to give supporters safety advice.

We’d like to say a huge thank you to all our sponsors and premium partners and all those for helping to make the event a huge success and for their continued support throughout the season.