Ospreys Rugby and BLK United Kingdom have cemented a key commercial partnership with the signing of a new multi-million pound kit deal.

The Ospreys initially committed to wear BLK playing and training kit from the start of the 2014/15 season until the end of 2016/17 season in a deal described at the time as ‘the single most significant commercial partnership in the region's history.’

The UK licence for BLK Sports (Beyond Limits Known) has recently been acquired by four British-based entrepreneurs and their professionalism and enthusiasm convinced Ospreys to renew the major association for a further five years.

The BLK kit for the new season will be launched during August.

In addition to the senior team, BLK will continue to supply the regional age-grade and development teams, as well as an extensive range of supporters’ wear.

“We are absolutely delighted to continue in partnership with Ospreys to supply their iconic jerseys and training kit.

“BLK is the fastest growing sportswear brand in the world; Ospreys are a powerhouse of Welsh rugby and we share a vision and ethos that drives us to be the best we possibly can.

“Acquiring the BLK licence for the UK represents a significant investment for myself and the team and for one of the major players in rugby to demonstrate their trust and confidence in us is hugely satisfying.” 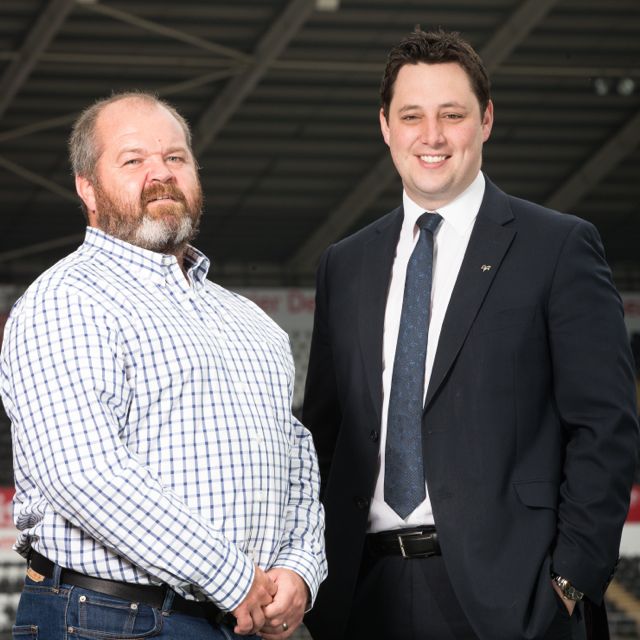 Long established as one of the biggest selling club jerseys in northern hemisphere rugby, an independent report compiled by Running Rugby, a respected website aimed at ‘decision makers in league and union’ has previously illustrated how the Ospreys jersey outsells its Welsh rivals, with sales running at double the number of the other three regions combined.

“It gives me enormous satisfaction to be able to announce this new agreement with BLK United Kingdom on behalf of the Ospreys.

“Over the last two seasons, we have seen that our jersey has been as popular as ever with not only our supporters but the wider rugby public and that is, in part, no doubt down to BLK’s progressive and innovative outlook, which is a perfect match for us. The unprecedented success of the Batjersey underlines that.

“We have been equally impressed by the approach of the new licence holders and look forward to working closely with them to continue delivering a product that will continue to excite supporters and players alike.”

From its early genesis 13 years ago, BLK Sport is now one of the fastest growing sport’s apparel companies.

Nearly 10,000 teams globally now wear BLK, including national sides such as the New Zealand Kiwis, England’s netball and league sides, Fiji and USA Rugby as well as a myriad of marquee clubs.