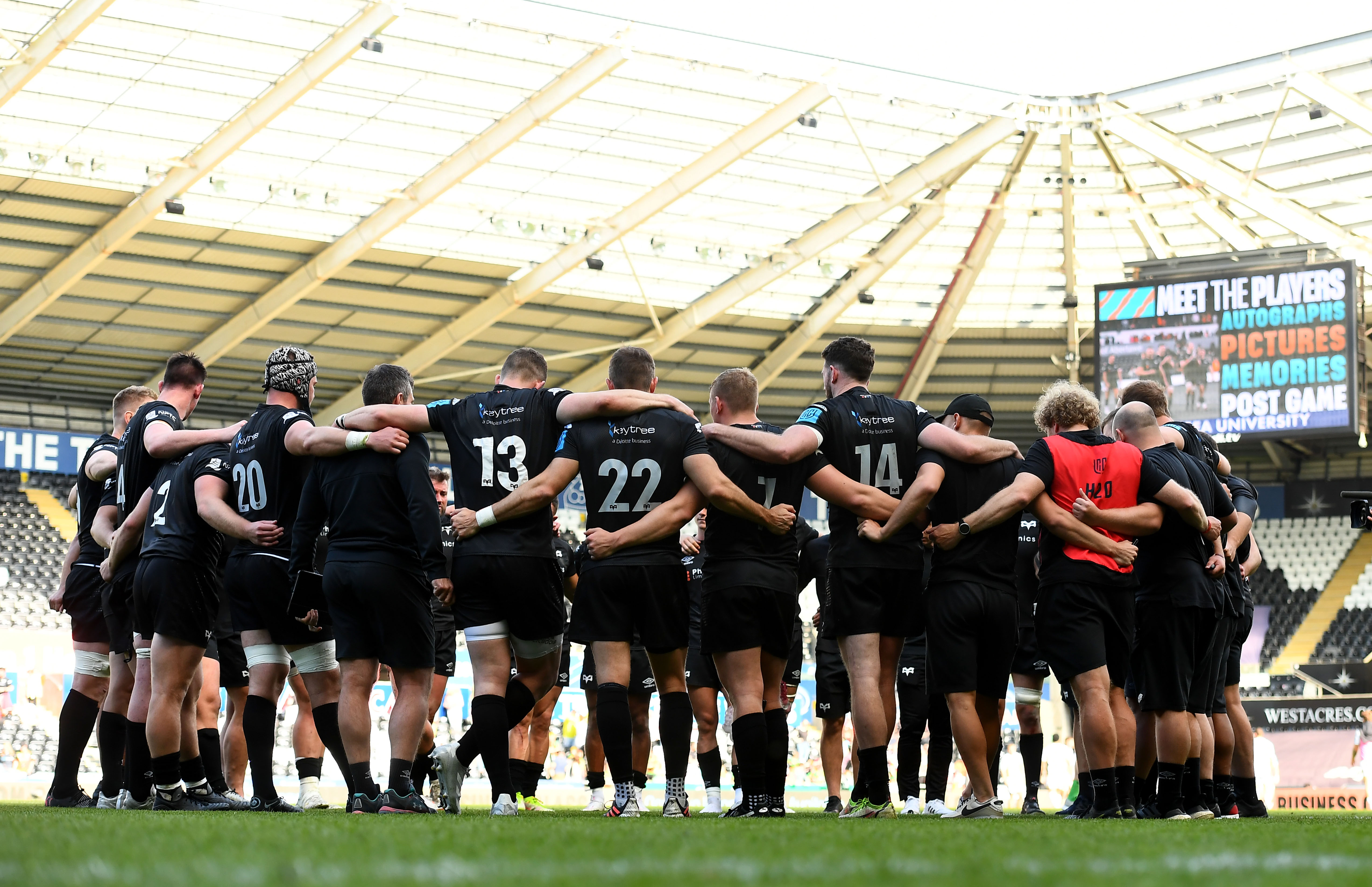 As a Gowerton boy, when the call came from the Ospreys their intentions seemed obvious and long overdue. Despite being overlooked by Sean Holley, Scott Johnson and countless others, Toby Booth had finally come to his senses and realised he needed a 45-year-old second row/ fullback who doesn’t really like getting hurt. But that was not the case. They wanted my opinion.

And if I can’t help the Ospreys, or Welsh rugby on the field, I’ll try my best off it.

The Ospreys had a very solid season, in what has been a very unstable rugby environment. Covid and the financial implications made the 21/22 season as shaky as an opposition player caught in one of Alun-Wyn Jones’ ‘throat holds’.

The 21/22 season saw the Ospreys’ squad take a big step forward. The recruitment of Alex Cuthbert was nothing short of genius. Alex Cuthbert 2.0 is very different to the 1.0 version who moved to Exeter. With confidence restored he was once again the rapid, mazy, monster but now with a greater defensive positioning and ball retention.

In Stephen Myler they arguably have the best value signing in the league and the return of Gareth Anscombe has been like a new signing in itself. Rhys Webb, seemingly free from test responsibilities, is playing some of the most relaxed rugby of his career and Alun Wyn Jones is Alun Wyn Jones.

But it wasn’t all about the senior players last season. The big gains were made in the younger age profiles. Morgan Morris became one of the most consistent number eights in the league – seemingly always getting over the gainline with about three defenders hanging off his back like toddlers trying to bring down their father.

Will Griffiths proved that he is now one of the most versatile players in the league and did more dirty work than a mob boss in the 60s. Mat Protheroe once again took us on a retro journey back to Welsh rugby in the 70s with sweeping line-breaks that you rarely see in the modern game and Rhys Davies along with Adam Beard have the look of two locks who can create a genuinely long lasting partnership not seen at the Ospreys since the like of AWJ and Ian Evans/ Ian Gough etc.

Dewi Lake ripped through the depth chart like a Great White attacking a seal and now finds himself playing against the Boks. And then of course there’s Jac Morgan, a man so happy on the floor that he could be categorised in the same evolutionary sub order as Serpents.

But sometimes the overuse of similes and metaphors can’t quite convey a season, which is where we must bring in a few stats. The Ospreys featured in some of the most watched matches in the league, and in a league where the viewing figures have increased substantially.

They also won five out of six of the Welsh derbies and the Scarlets’ game was the biggest Welsh attendance for the season. This summer there are also 11 senior players with the Welsh squad and ten on the U20s tour – which is a very positive sign.

But that’s enough about last season. What’s coming next year. Well, the Champions’ Cup that’s what. And even if you can’t figure out the qualification procedures/ fixtures (don’t worry, you’re not alone) know that you’re facing the current English and French Champions in Leicester Tigers and Montpellier – it doesn’t get much better than that.

The URC will improve even further next season and without Covid will provide the most varied rugby challenge in the club game. There isn’t a league currently that provides such a unique coaching and playing challenge on a weekly basis. To get into the top eight will be a massive challenge, especially with the South African teams recruiting as they are.

But if that makes you feel a bit uneasy, remember Justin Tipuric will be back. A man with such powers that Marvel refused to make a film based on his skillset because they said, ‘his skills seem implausible, and no-one will believe it’.

But above all, next season is about Joe Hawkins. The writer of this piece has long been looking for replacement for Hadleigh Parkes and Joe has the unfortunate task of being his next big hope.

Joe is a fantastic prospect, a true triple threat centre (kick, pass, run) and the sight of him running over defenders, as his father once ran over me, is something that we can all look forward to.

Good luck to everyone at the Ospreys next season.