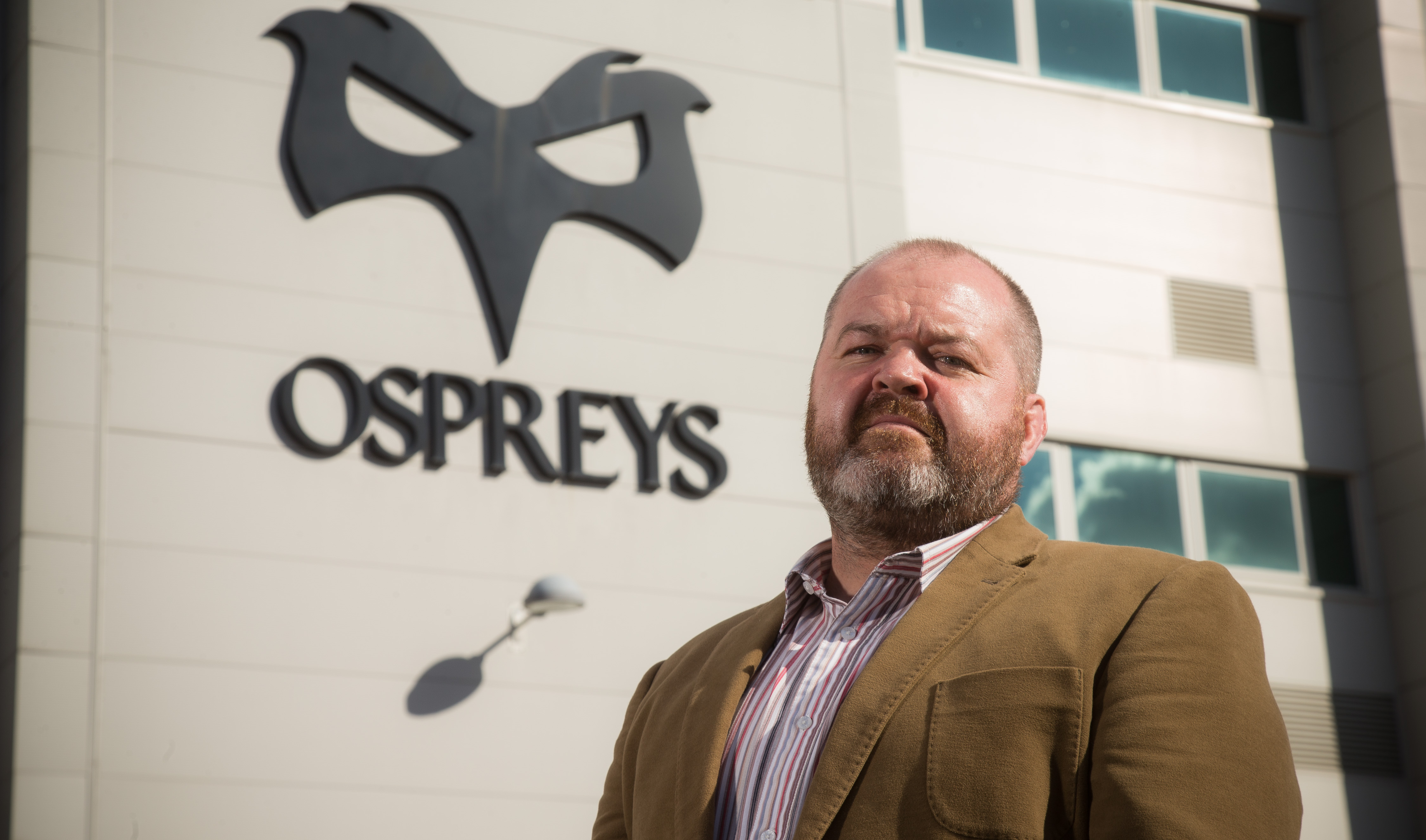 "Original" Andrew Millward steps away from the Ospreys

The Ospreys can confirm Andrew Millward, the chief operating officer, has decided to leave the regional rugby franchise to pursue other interests at the end of month.

Millward, who played for the Ospreys and held the position of Managing Director, was one of the “Originals’ at the inception of regional rugby in Wales back in 2003.

Millward was an Ospreys player before taking a number of key off field roles in the rugby department before leading the business in 2016.

He was part of the first Ospreys squad to lift the Celtic League title in 2005 and played in the historic 24-16 victory over Australia at the Swansea.com Stadium in 2006.

The prop made his debut in the first Ospreys game - the 41-30 victory against Ulster at the Gnoll on September 5th, 2003. He played 94 times and scored four tries in his six seasons as a player.

He then moved into an Academy role with the Ospreys and was promoted to Rugby General Manager before becoming Managing Director of the Ospreys business in 2016.

“The Ospreys have been a huge part of my life for 19 years, as a player and administrator, but now is the right time to take a step back from the day-to-day business of rugby.

“Wearing the jersey and representing the team and the business has been a privilege and one I will always be proud of. I am grateful to the support I have always had from the Ospreys and know the future is an exciting one on and off the field.

“I would like to thank the staff, coaches and players for all their hard work and wish them all the best for the future.”

“Andrew’s commitment to the Ospreys cannot be questioned, on and off the field, he has worn the jersey and his knowledge of the Ospreys and Welsh rugby has proved invaluable as we take the business forward.

“We wish Bully all the best and he will always be welcome at the Ospreys.”