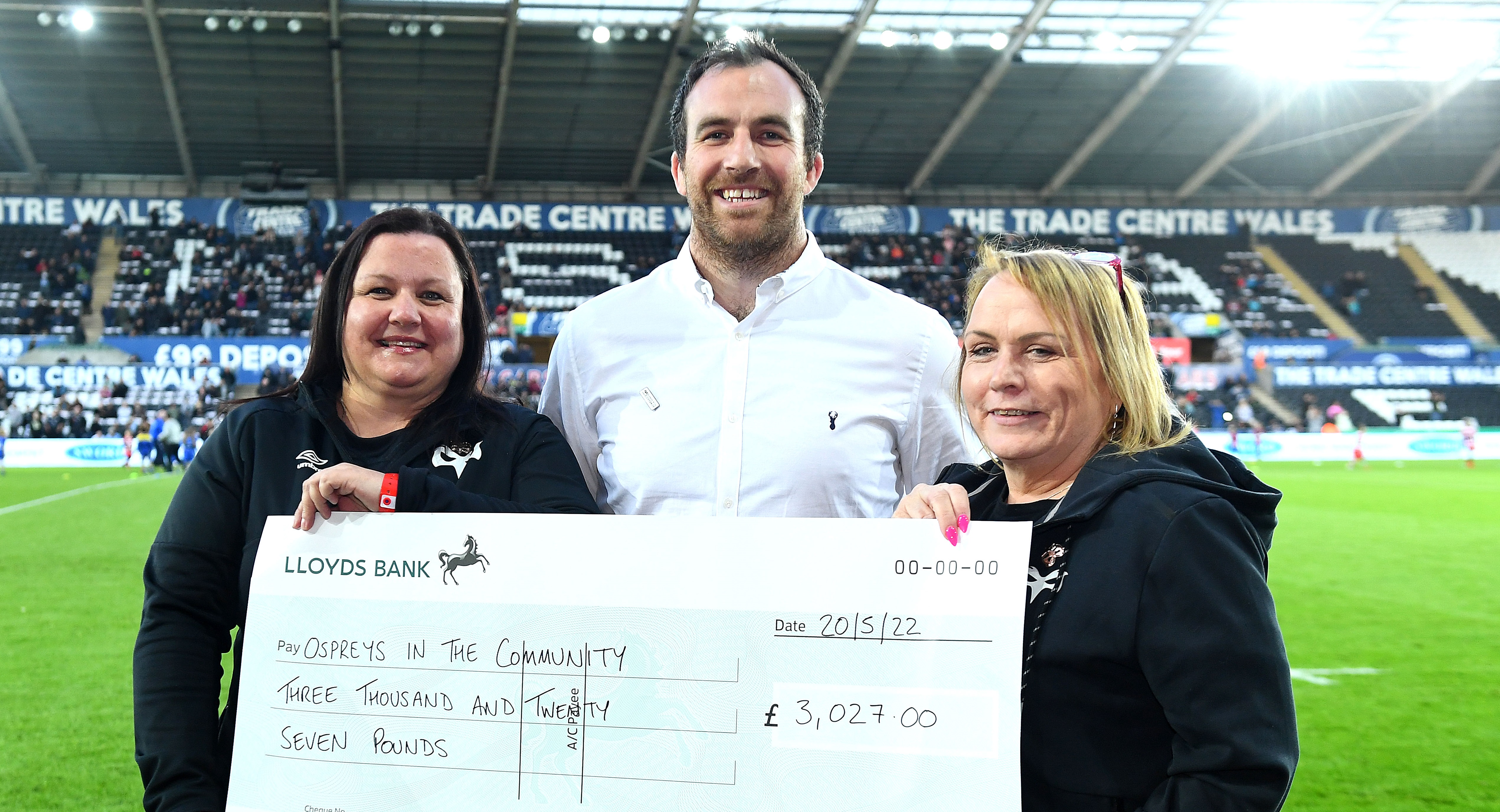 Ospreys in the Community were delighted to receive a cheque of £3027 from the Supporters Club during the Ospreys last match of the season.

The Ospreys Supporters Club have always played a key role in supporting the foundation, with supporters joining together to take part in fundraising events to help fund key initiatives throughout the region since OitCs inception.

Chairman of the Ospreys Supporters Club, Grant Berni said: “We’re delighted to be able to donate this money to Ospreys in the Community as our chosen charity for the last two seasons .

“We’ve never raised this much before and to do the majority of fundraising during the lockdowns has been amazing. It’s a huge credit to all of our own supporters as well as those visiting fans to the Swansea.com Stadium for helping us raise such a grand amount.

“Along with the money raised for OitC, in total the Supporters Club have raised over £5000 with the extra money donated towards Ifan Phillips and his rehabilitation.

“We’d like to give a huge thank you to Alun Wyn Jones for donating his old training kit which has helped us raise about half of the total.”

Tom Sloane, Community Foundation Manager said: “We were thrilled to be Ospreys Supporters Club chosen charity over the last two seasons. Supporters have always been hugely supportive of the community team and all of the programmes we have up and running and the OSC, like ourselves, have been passionate about supporting our communities, schools and clubs.

“Mental Health is a key topic and this funding from the OSC will help provide valuable support for young people. We are extremely grateful for all the fundraising the Supporters Club have done over the last two years especially during a tough time through the pandemic.”