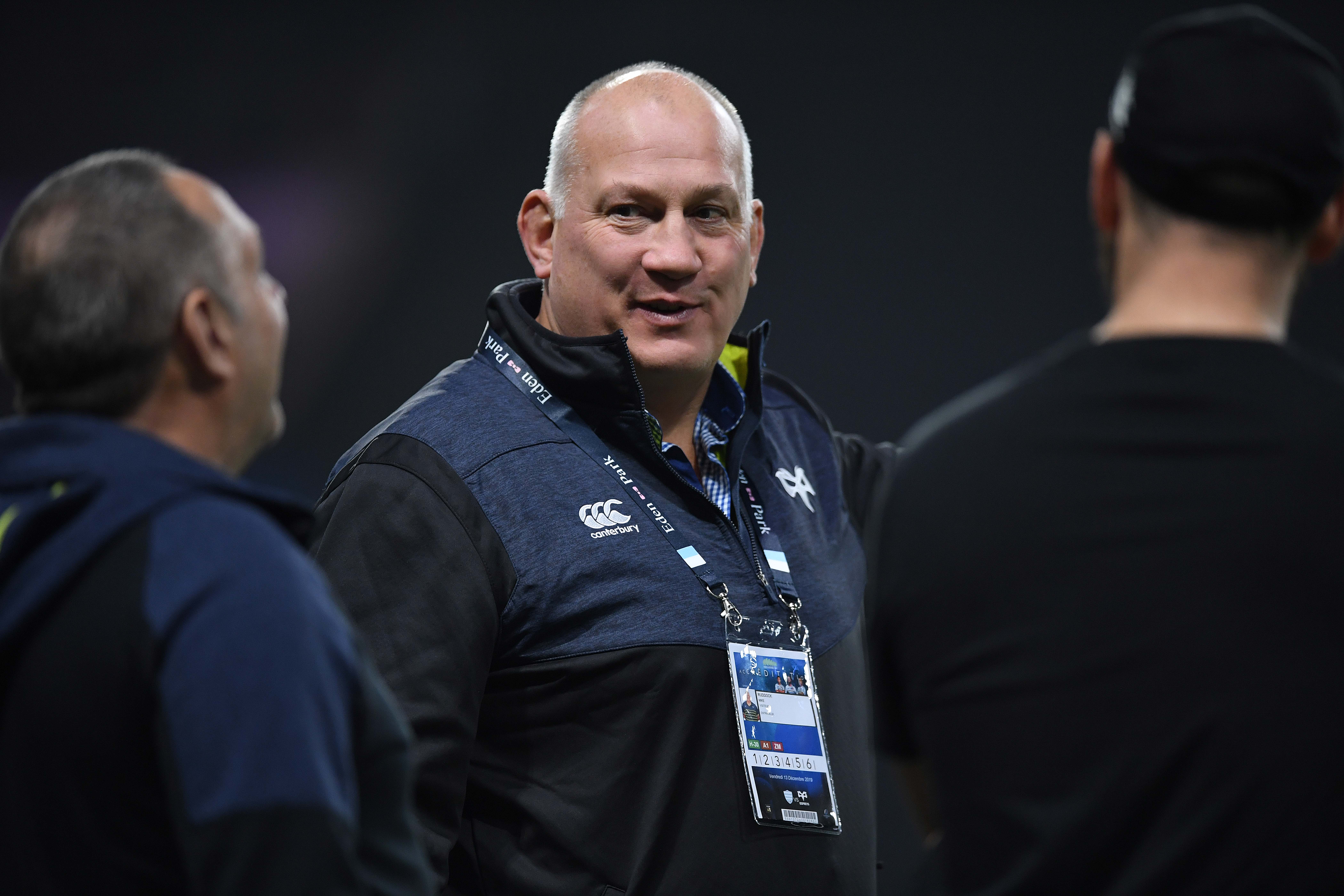 The Ospreys can confirm that Mike Ruddock will extend his stay at the region and has been appointed to the newly created Ospreys Performance Director role until the end of this season.

The former Wales coach was drafted in on a one month consultancy basis to assess the rugby side of the business back in December and has now agreed to accept a full-time role for the rest of the campaign.

The former Swansea coach has completed his rugby review and will have an over-arching role, taking a lead on all aspects of the rugby side of the Ospreys business.

Ruddock, who has unrivalled coaching experience with Leinster and Ireland Under 20s in Ireland and Worcester Warriors in England, has previously worked at regional level with the Dragons in Wales.

He will bring his invaluable experience and insight to the Ospreys set-up and provide support to the first-team coaching set-up of Carl Hogg and Matt Sherratt.

Mike Ruddock
“It’s all about setting up the processes and systems we need to drive the region forward in the future,”

"I have big ties to the region, having played for and coached Swansea, and I have known  Mike James, Roger Blyth and Ospreys chairman, Rob Davies, for many years,” said Ruddock.

“When those sort of guys reach out to you and explain they need a helping hand, it’s very difficult not to help them out.”

“At the same time, I had to show respect to my employer in Ireland, Lansdowne and Acorn Global, and keep them fully informed, so I had a tough decision to  make.”

“My family are in Ireland, and particularly last weekend when my son Rhys was man of the match for Leinster, it was a reminder of the life I have over there.  Ultimately this region is massively important to me and I have felt part of this region for such a long time. There is an emotional attachment.  Seeing them struggling whilst recognising that there was a gap when it came to manpower was difficult to witness. My report recommended creating a  role to help shape the future so I decided to help out until the end of the season.”

The role of Ospreys Performance Director

“It’s all about setting up the processes and systems we need to drive the region forward in the future,” said Ruddock.

“Part of my role is to support and challenge the coaches and to look at how we strengthen the coaching team for next season.”

“We have to replace Matt Sherratt, who leaves at the end of the season, so we have to look at recruitment and retention for next season. That is on the coaching side and the playing side.”

“But it’s also about looking at the environment and having real cohesion and an alignment between all the different areas of the rugby operation, with good communication and accountability across the club in general.”

His assessment of the Ospreys

‘There are so many pretty straightforward things you see, like the number of injuries,” said Ruddock.

“That probably does mean further investigation into why  there has been so many injuries, but this is a collision sport and there is inevitably going to be injuries in professional rugby with the intensity of the game now.”

“We have had to sign players on loan due to these injuries and the star-signing at No 10, Gareth Anscombe, has been injured and unavailable all season. So along with the budget cuts last season, the International players being unavailable during and post the RWC, you have the perfect storm of all of those things coming together to create a difficult moment for the Ospreys.  Having said that, the team has been competitive for the most part with some close defeats like the Dragons last Saturday.  However, there is still a lot to build on and I have been encouraged with the performances of some of the younger players like Morgan Morris. Overall the attitude of the players has been first class during a very difficult period and the coaches are working extremely hard to improve performances.”

“It’s designed to help shape the future of the Ospreys,” said Ruddock.

“Part of the report outlined the need for more manpower in and around the coaching group. That meant looking at the right coaching model for the Ospreys. Going forward we will consider the model needed in greater detail and the skill set we require to create an ongoing culture of excellence.  We won’t be rushed on this as we want to create a coaching model that really works for the Ospreys. All decisions made will be made in the context of “What’s best for the Ospreys”.

“We have some very experienced, hardworking coaches at the Ospreys and some up and coming young coaches who are very keen to bring success to this region. Over the next few months they will have the opportunity to further demonstrate their skills and passion for coaching at the Ospreys.”

“Aside of the coaching and playing environment, there has been some historical difficulty aligning the messages and cohesion within the whole organisation so I have set up ‘HELMSMAN’ workshops which puts all the leaders within the organisation together.  That  means having representatives from the Board, heads of departments and senior players in a room to discuss ‘areas to align and work on’ and trying to come up with solutions to any problems.  The  process is all about being solution focused because it’s easy to point out why this or that isn’t working.  The key is to find a solution and make sure it doesn’t happen again.”