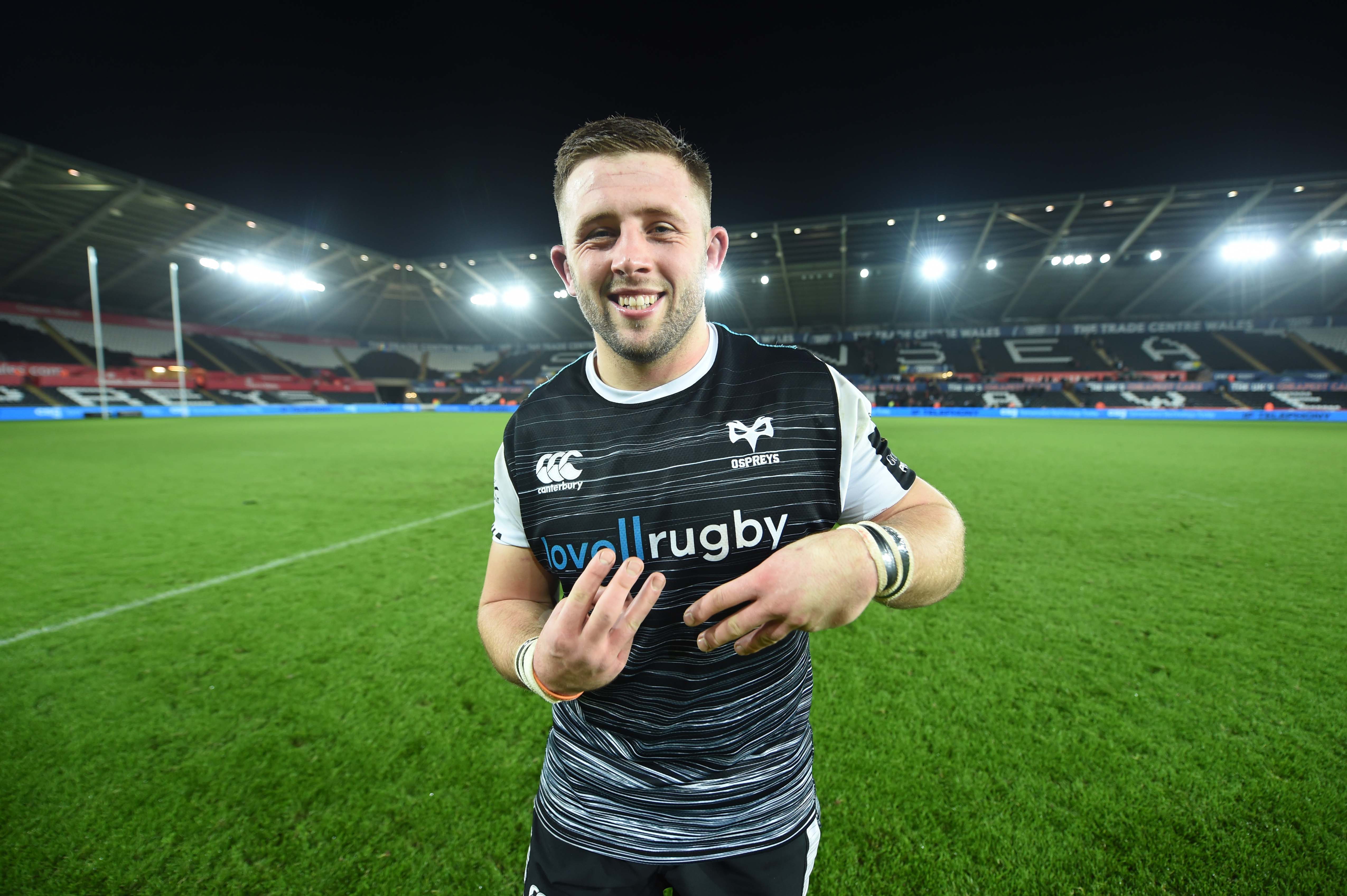 Managing So Coffee Trades, learning to landscape and looking ahead to the Waun Massive front row reunion, we caught up with hooker Scott Otten to see what he’d been up to during the lockdown.

“During lockdown I started to look at my house and decided to make it a bit of a home. My neighbour Darren is a landscaper, so I asked him to look at my garden which we both started working on together. Once we’d finished, I started helping him out on some of his projects with his company Fresh Turf.

“I didn’t know much beforehand about landscaping so learnt on the job. I picked up a lot of new skills and it made me handier in a field I’m not used to. It was good to experience a different trade and something I’d definitely consider after rugby.”

Despite being busy labouring, Scott had two businesses to manage including Humble Coffi shop which he co-owns with former teammate Rob McCusker.

“At Humble we put the team on furlough because we couldn’t open, but it worked in our favour and we’re financially better off from it. Our first few months at the café were insane, we had a good turnover and strong customer base and the feedback was all positive. It’s been really pleasing to see messages of support coming in and people saying how much they miss the place which is great considering we haven’t been open a year yet. We’re back open now for takeaway coffee and cakes from Wednesday through to Sunday.”

“All going well we plan to reopen for sit down food on the 4th August, which will fall on our first anniversary of opening. We’ll have all the social-distancing measures in place and be following all the guidelines which will be a new experience for us all. We’ve been lucky with the position we’re in and that we are able to re-open, so the 4th of August will be a special day for us. A lot of businesses and big companies have gone under because of this pandemic, so we’re extremely grateful we’re in the place we are.”

Whilst Humble Coffi was forced to close during the lockdown, Scott’s other business So Coffee Trades was booming.

“So Coffee Trades has gone really well over the last few months. People want to drink coffee at home and with our new instant coffee, our online deliveries were higher than ever. It’s great to see new and old customers still making orders and it shows that they’re still enjoying their coffee because they appreciate our product.

“We’ve been up and running for three years now so it’s an important time for us. You aim for three to five years to see where your business is at and whether it’s worth carrying on and during this pandemic we’ve seen that this could be a very good thing in the future as well as now.”

As restrictions start to ease and the date set for rugby to return, Scott is looking at turning his attentions back to the rugby field and getting back into training:

“I’m really looking forward to being back and seeing all the boys. We know it was a really tough season and in all honesty one of the worst we’ve had, but we know when we go back we have to hit the ground running and come out firing.

“We have a new coaching staff, new boys coming in and it’s an exciting time to be involved with the region. Change is what we needed, and change is what we’ve got so it’s a big positive for us. It’ll be interesting to see how processes will adapt to the situation we’re in but I’m a big fan of change and everyone at the Ospreys is focussing on these next two games and next season and getting the Ospreys back to where they belong.

The restart of the Guinness PRO14 will see a familiar face return to the region and the reunion of the Waun Massive front row as Nicky Thomas returns to Wales:

“I played with Nicky since I was around 10 years old along with Nicky Smith. The three of us played for six years as juniors together but we’ve never had an Ospreys cap together. It will be awesome when that time comes, not just for us but for our families and Waunarlwydd Rugby Club too. It’s a special club for us where we all played as the front row and grew our friendship.