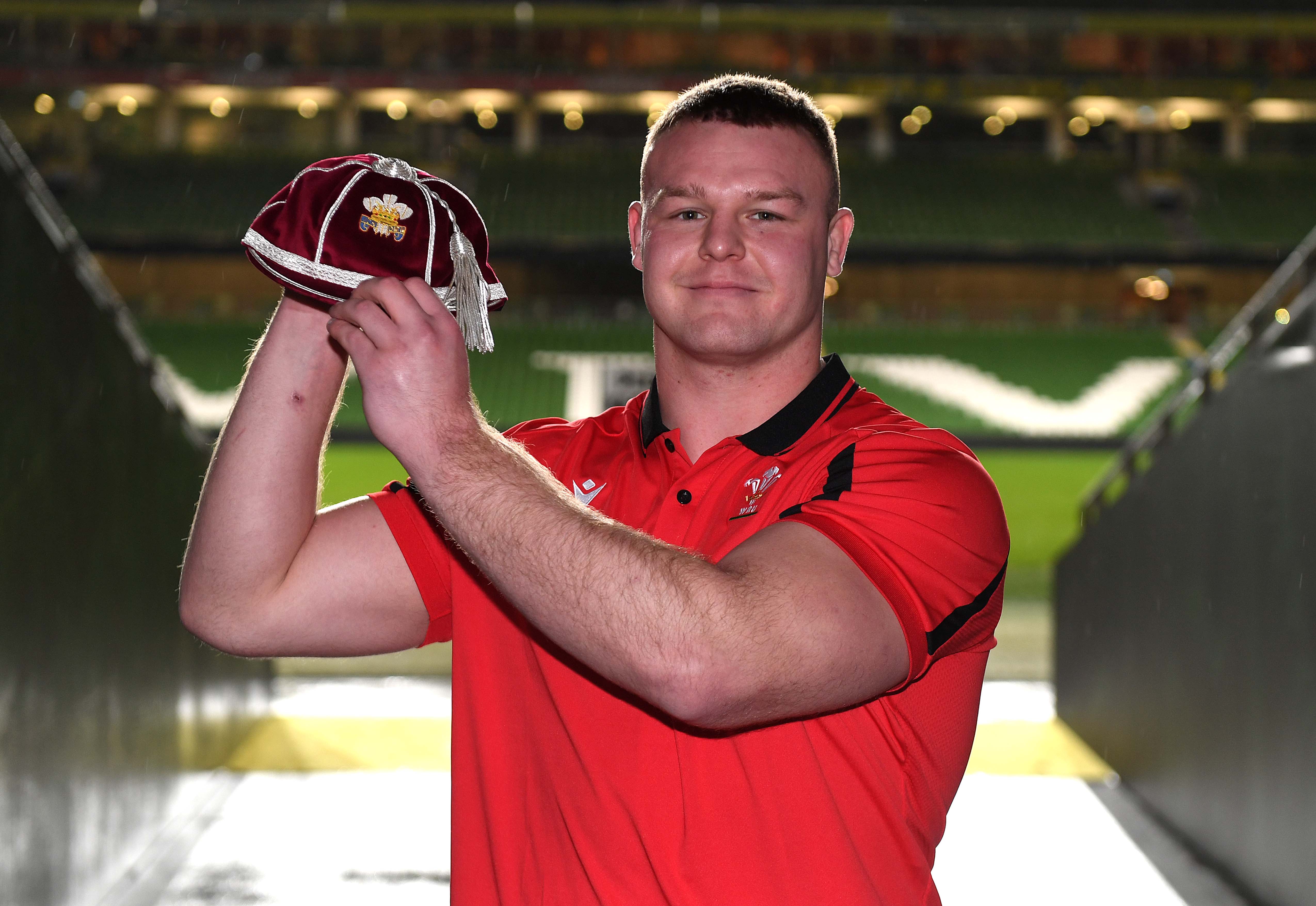 Lake ready to "bring it" after winning first International Cap

Just four years ago the Ospreys man was gearing up for a career in the back row, but a dramatic shift to the front row has catapulted the 22 year-old to international honours. Lake is a unique talent with his explosive ball carrying, strength over the ball and ability in the wide channels marking him out as a player to watch.

And the Bridgend-born man believes his back row past can give him an edge over opponents. “I was 18 going on 19 when I converted to hooker,” he said.

“It was an exciting challenge. There were a lot of things that changed from back row to hooker.

“The throwing is a big technical work-on. I don’t think that was something that I properly worked on until maybe two years ago.

“My first game at hooker was for 20s. There was no playing at Premiership level before that opportunity at 20s.

“It’s been a big learning curve for me in terms of getting experience and the technical edge of throwing. But that’s starting to develop and the confidence is coming now.

“A lot of skills that you develop playing in different positions will help you in whatever position you end up in. You look at a lot of players, they’re not in the positions that they used to be.

“I think a back-row to hooker convert is quite well used these days. You see it a lot."

“But being able to get around the park in the loose and get over the ball similar to how back-rowers do gives me an edge.”

Lake comes from good stock with his sister a talented netball player, while his mother is also heavily involved in sport. Despite the elation of winning his first cap Lake was naturally disappointed with Wales’ opening Six Nations defeat to Ireland in Dublin last Saturday.

Physicality is a word which has been used often this week, and Lake has backed his side to come out firing against Scotland at the Principality Stadium this weekend.

“It was my first taste of international rugby,” he said. “The difference in speed compared to the regional game is up there, especially against a team like Ireland.

“Their speed of ball was through the roof on the weekend. That was the main difference for me.

“There is a lot less time to think on the pitch. You have to react much quicker  than what I’m used to.

“That’s something I will hopefully get to work on throughout the camp and be able to operate at that speed. Every player here, every member of staff wants to prove that point this week.

“It’s said a lot in sport that the character of a team is in how you bounce back from defeat. Things are never going to go perfect. It’s a combination of five games.

“It’s how we bounce back this week rather than dwelling on last weekend. There are always things that you will pick up in every game but that physicality, that edge, is something we’re looking to bring this weekend.

“I’m sure everybody will be ready to bring it.”