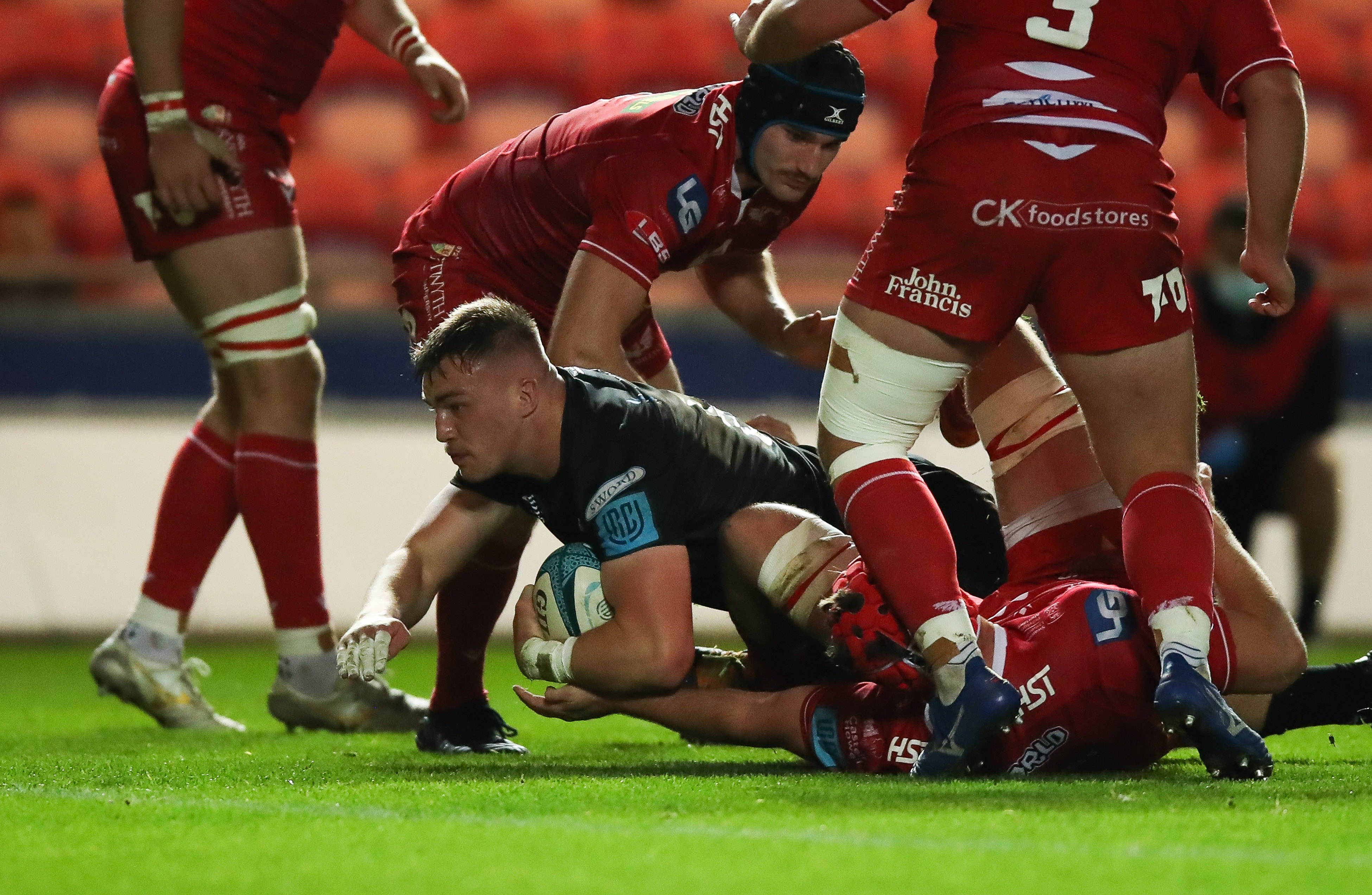 He’s set to make his Ospreys debut off the bench tomorrow during the European Champions Cup fixture against Racing 92, so we caught up with backrower Will Hickey to hear his views ahead of the game.

“I’m very excited to make my debut on Saturday. I’ve been working towards it for quite a while now so it’s very exciting to pull on that jersey to represent the group and the region."

Mike Ruddock, the Ospreys Development Director, identified Hickey as a player of real potential in the Leinster Academy and invited him for a trial in Wales during February 2021. An athletic and mobile forward, Hickey impressed during the three-month trial and went onto sign a two-year contract to stay with the Ospreys.

“I started my rugby journey playing at my local club Old Belvedere in Dublin. Then played for St Michael’s College before leaving school and linking up with the Leinster age-grades and academy. I played a few games there and then around February last year I came to the Ospreys and then signed my first contract. I’ve been here a year now and had a few games for the Whites under my belt as well as the Ospreys A team.

“It’s been a great experience being at the Ospreys. They're a good bunch, the senior players are really humble and don’t hesitate to integrate you into the group and I get on with a lot of the younger boys too.”

During his time in Wales, Hickey combines his playing career with studying mechanical engineering in Swansea University.

“Swansea is a great place to live and be around. I’ve enjoyed being able to play for Swansea RFC and found having the likes of Hugh Gustafson coaching for both the Whites and around the Ospreys a big help.

Speaking about his hopes for the rest of the season and what to expect from the young player this weekend, he said: “I usually play six, I like to get my hands on the ball and carry and put in a shift with some big tackles in defence as well.

“I’m hoping to get as many opportunities as I can to play the rest of the season whether it be for the first team or the A team and make the most of everything that comes my way. Hopefully I’ll get a good runout on Saturday and rack up as many games as I can before the season closes.”