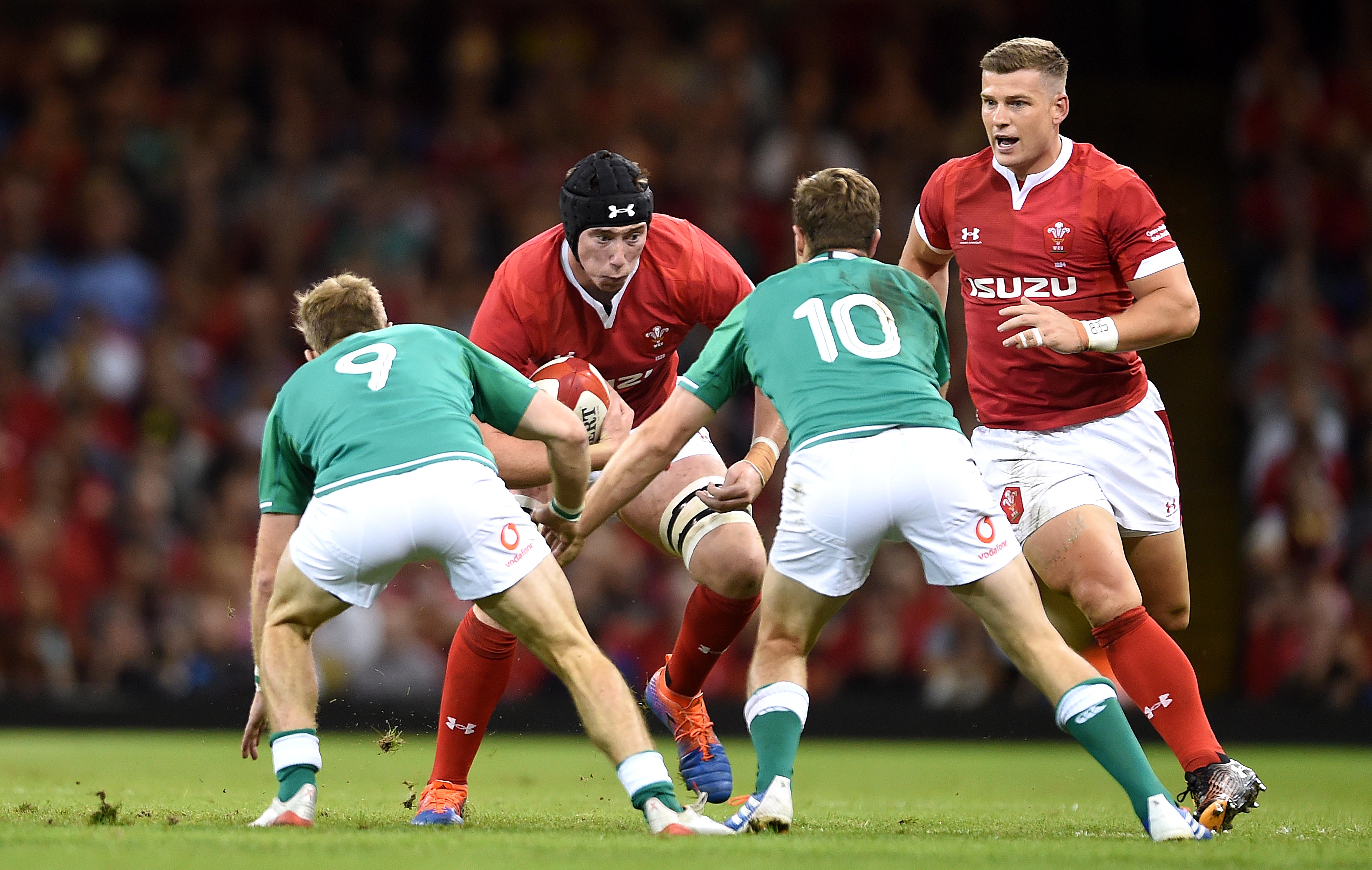 Four Ospreys to take on Ireland in Dublin

Wales have named their squad to take on Ireland at the Aviva Stadium in Dublin this weekend, and it features four Ospreys, three in the starting XV.

There's one change in the back three, with North shifting out from centre to the right wing, joining Josh Adams and Leigh Halfpenny, who remain on the wing and at fullback respectively.

Nick Tompkins gets his first start for Wales at outside centre following an impressive debut in Cardiff, teaming up with Hadleigh Parkes in the midfield. The half-back pairing continues with Tomos Williams given the nod at scrumhalf with Dan Biggar playing a starring role at flyhalf.

Wayne Pivac, Wales coach
"George, who played really well last weekend at centre, moves back out to the wing."

There are no changes in the pack, with Wyn Jones, Ken Owens, and Dillon Lewis forming the front row while Jake Ball packs down alongside Wales' captain and talisman, Alun Wyn Jones. This fixture will see the Ospreys second row equal Sam Warburton's Welsh record of 17 games as captain in the Six Nations.
Aaron Wainwright, Taulupe Faletau, and last week's player of the match, Justin Tipuric, line up in the backrow formation once more.

There are some key changes on the bench, with Rhys Carré replacing Rob Evans at loosehead while hooker Ryan Elias and Leon Brown are set to make their second appearance as replacements. Ospreys Adam Beard is given the nod ahead of Cory Hill as replacement second row while Ross Moriarty is named as the backrow cover. There's a complete overhaul on the bench for the backs, with Gareth Davies, Owen Williams, and Johnny Mcnicholl in at reserves.

Wales will be looking to maintain their positive record against Ireland, having lost just once in their last five Six Nations encounters. Both Ireland and Wales are still on course for a Grand Slam, having won their respective games against Italy and Scotland in the opening round of the championship last weekend.

Earlier this week, promising young Ospreys hooker, and former Wales U20 captain, Dewi Lake was drafted into the Wales setup.