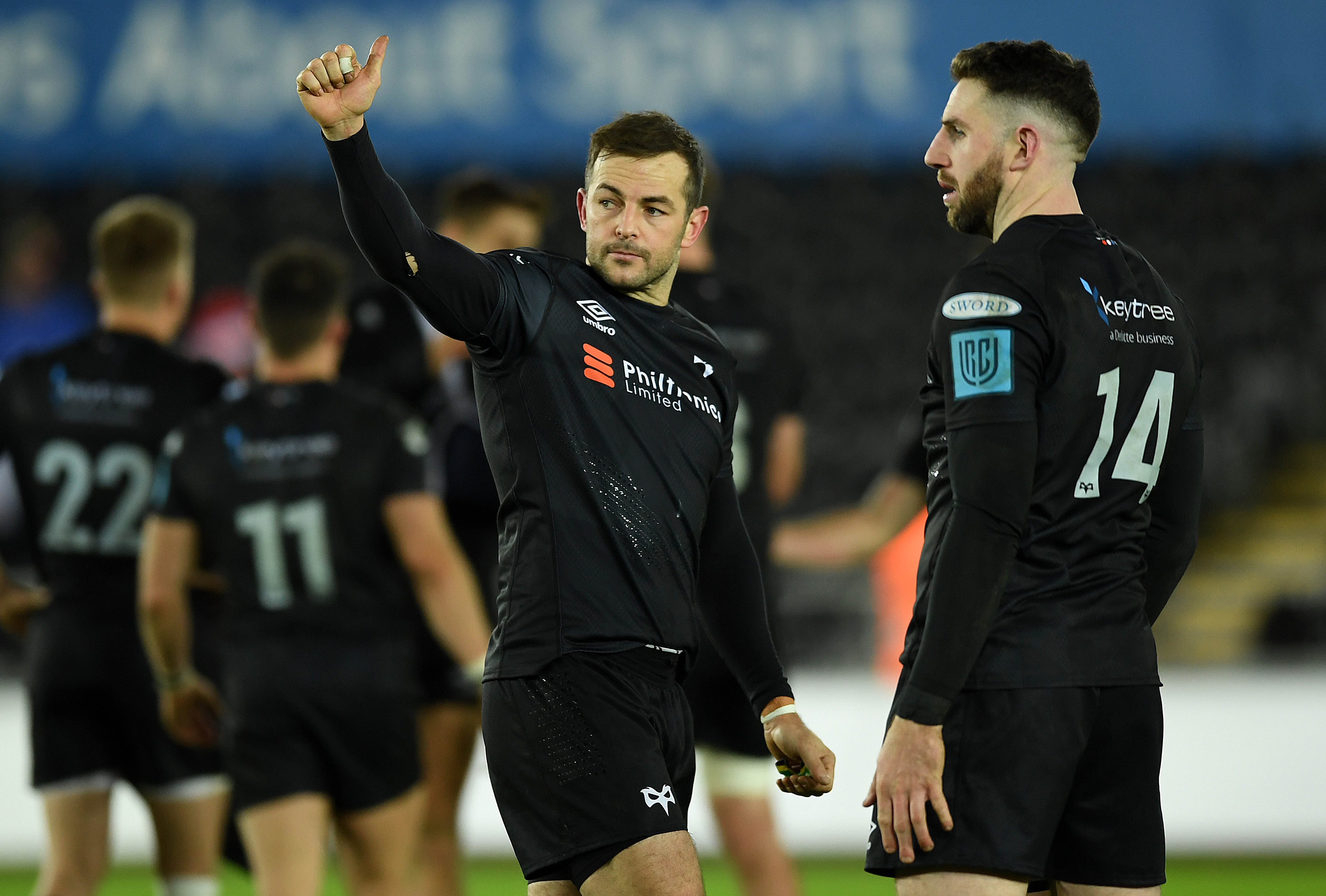 Fly Half Stephen Myler knows all about the big rugby derbies in England and knows what the West Wales derby between the Ospreys and the Scarlets means to supporters.

Myler, who signed for the Ospreys in 2020, has become a firm favourite with the Ospreys supporters and has already racked up a points tally of 222 points.

“I definitely do understand what this game means to the Ospreys supporters,” said Myler.

“It’s clear when speaking to people from the region just what this game means. Local derbies always have an added element to them and that’s a good thing and will no doubt add to the atmosphere at the game.

“There’s a healthy level of respect there for the Scarlets, and I’m aware of just how much getting a win would mean.”

The Ospreys face the Scarlets in Swansea for the first time since 2019, with supporters allowed back in to watch the biggest game in the regional rugby calendar.

The family day includes affordable ticket pricing with entry for children starting at just £5 for a great family day out.

Stephen Myler
“There’s a healthy level of respect there for the Scarlets, and I’m aware of just how much getting a win would mean.”

“We’ve loved having supporters back in stadiums and attending games again,” said Myler.

“As a player, you simply can’t replace the buzz and atmosphere you get at a stadium that’s filled with supporters. It’s a major reason why we play the game.

“Local derbies are always the games with the best atmospheres because there’s so much on the line. These are the days you want to be a part of as a player.”

Myler will bring a wealth of experience of the big traditional rugby derbies in rugby league and rugby union across the border in England.

“It started in Rugby League for me,” said Myler.

“Widnes, where I’m from, and Warrington are two towns within 15 minutes of each other and have a healthy rivalry.

“Then when I moved to Rugby Union it was Northampton v Leicester which always produced memorable games and some fiery encounters.

“There’s still a lot to play for us and the Scarlets teams this season so that definitely adds another dimension to what is already a hugely important game.”