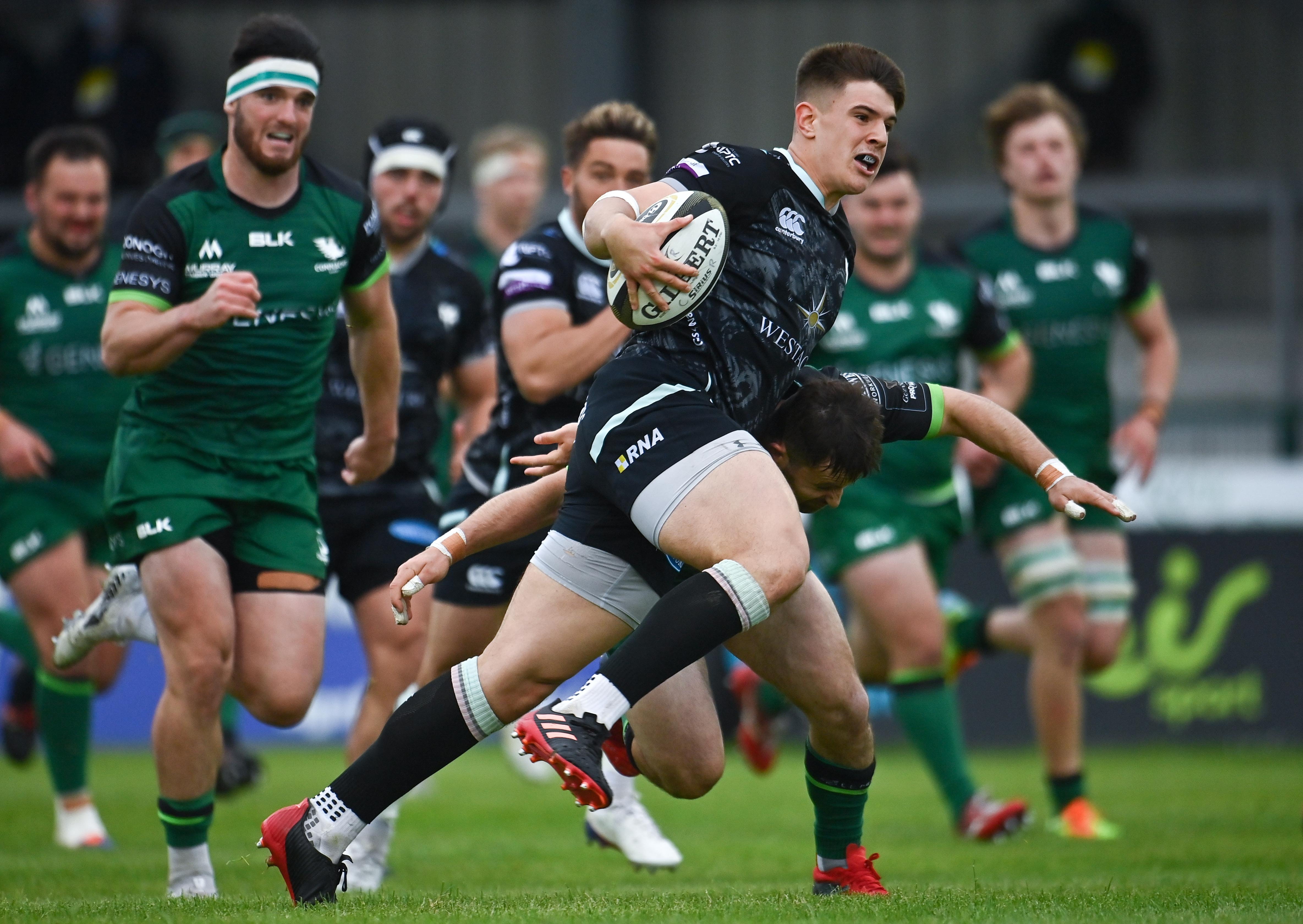 Ospreys came away with a bonus point the last time they visited Galway; but hosts Connacht offered a sterner test in the penultimate round of the Rainbow Cup. The visitors fell behind by 21 points to 5 in the first half, as Connacht hooker Shane Delahunt, centre Bundee Aki, and lock Ultan Dillane all crossed for a try each, all converted by outside half Jack Carty.

Ospreys’ single score came through openside flanker Morgan Morris, who crashed over after a determined catch and drive from the lineout. Ospreys’ hooker Sam Parry nabbed a brace either side of a try by Connacht’s winger Peter Sullivan, as the pack flexed their muscles in a devastating display of power, driving Connacht off their own ball at the scrum in the final moments of the half.

The second half was a stark contrast to the first, as both sides played a lot more conservatively. It looked as if 18-year-old Ospreys centre Joe Hawkins had scored a beautiful individual try, but referee Mike Adamson deemed that Hawkins had rolled over the try line, and disallowed the score. It would prove to be a pivotal decision, as neither side secured a score in the second half, meaning Connacht held their seven-point lead to secure a victory at the Sportsground.