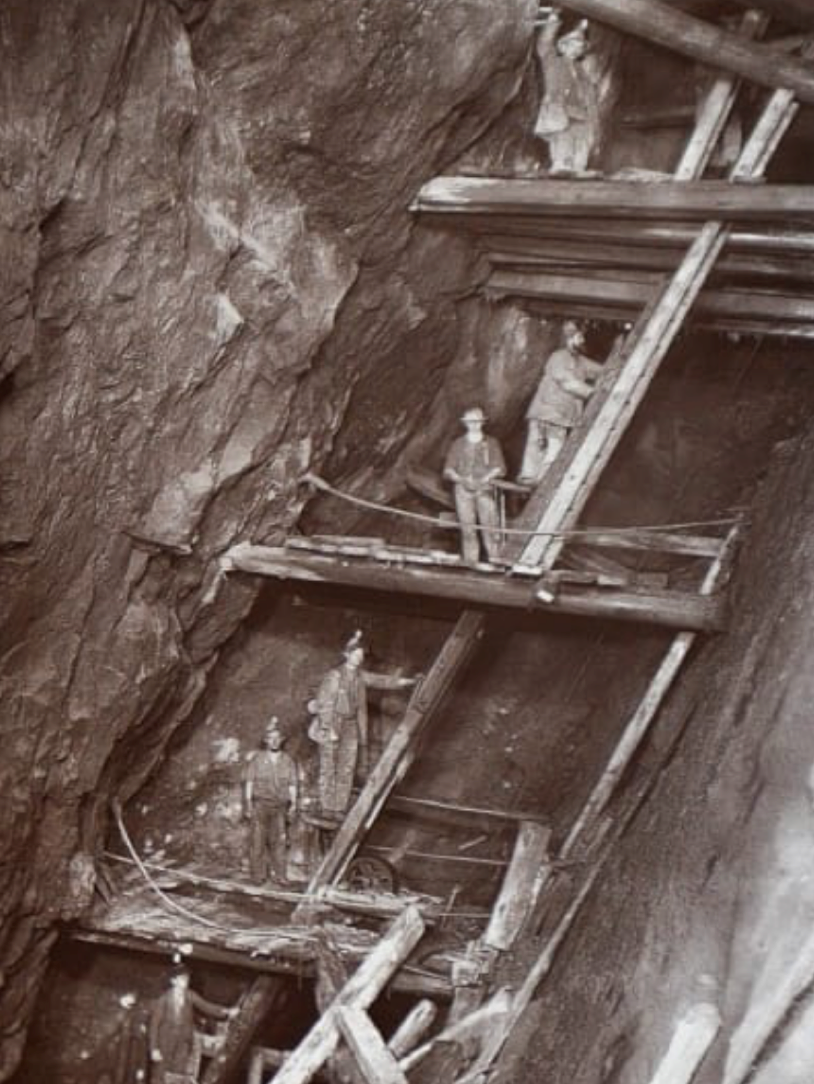 There is a black and white photograph of a group of miners down a pit that has come to symbolize and represent the values that are inherent to the Ospreys and myself, and I showed it to the players during a presentation recently.

It shows a group of men, working in life-threatening conditions, relying on each other, supporting each other, showing what teamwork is and appreciating that they all had each other’s back.

I have developed a real understanding for the history of the area and how important mining was, and still is, to the community here when I first moved here in June 2017.

Two ex-miners, Lyn Thomas (Kipper) and Gareth Jones (Sparky), have become close friends and both played for my local club Ystradgynlais.  Listening to them talk about the history and the values of the mining community has struck a real chord with me.

Kipper actually experienced a catastrophic mining accident 26 years ago - dead when he was taken out, revived but left paralysed. He tells me he is actually a Scarlets supporter but I am working on him!

He and Sparky are now close friends and it’s impossible not be moved and humbled when they talk.  I am sure most of the Ospreys faithful have their own family stories and history with the mining community in the area. It’s one they should be proud of.

I don’t know the miners in the photo, what happened to them, whether they played rugby for a local club, or even watched the game? But I often think of Kipper and Sparky when I look at it.

It reminds me of the world famous photo of men having lunch, sitting on a girder during the building of the Rockefeller Centre in New York, which Manchester United manager Sir Alex Ferguson had hanging on his office wall.

Sir Alex said the photo inspired him and showed a group of working men, enjoying each other’s company, in the most precarious situation, as they worked together to build one of the iconic buildings in the world.

The message I was trying to get through to the boys was that however hard they think things are for us now, they are nothing compared to what miners, like Kipper and Sparky, dealt with everyday of their working life.

Men like them relied on each other, had each other’s back and were a team in the most unforgiving of circumstances. I’m not comparing the struggles of a miner to a professional rugby player, but the attitude and the values are similar.

There is no doubt we are asking big questions of our younger players during the opening stages of this season’s Champions Cup, but their commitment to the cause was clear to see in the home defeat to Munster.

The Champions Cup is relentless; all of us know that, it’s a test of all of us. Saracens away is next up and is arguably a bigger challenge for us. The issues they are facing are well documented, but they are the defending champions and rugby side of undoubted pedigree.

It promises to be another big challenge for us but it is one we must relish and meet head on. Some of our youngsters are on a steep learning curve. All of us at the Ospreys are.