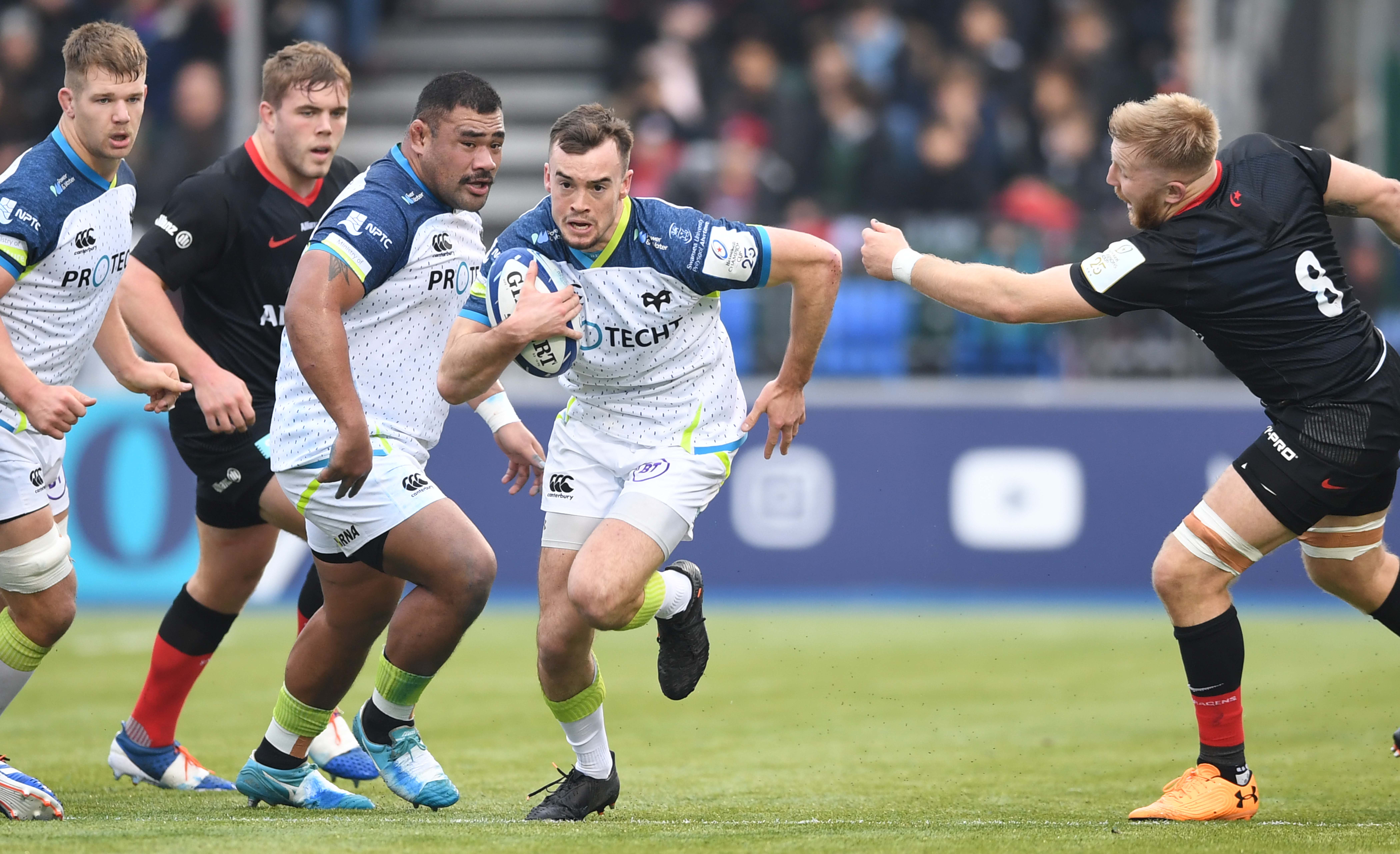 Cai re-signs with the Ospreys

Fly-half Cai Evans has signed a new contract to stay at the Ospreys for the next two seasons.

The Wales U20s international is the sixth player this year to have re-signed at the Liberty Stadium.

Evans, 20, has started 14 games for the Ospreys during this campaign, having played out of position at full back due to World Cup call-ups and injuries.

He made his Ospreys debut in 2017, having graduated through the Ospreys Academy and Bridgend Ravens in the Premiership. He played every Wales U20s game for the two years he was involved.

“I am learning so much about the game and this is the place where I want to continue to do that,” said Evans.

“The Ospreys saw the potential in what I had to offer and since I have been here I have seen a real progression in my game and, looking ahead, I feel I can really continue along that path.

“The number of injuries we have sustained has been well documented and everybody knows that’s unfortunate, and part of the game. But having the opportunity to play full back as many times I have had this season gives me more and more of a chance to play and learn."

Evans is one of a batch of young Ospreys who have come through the Academy system, like No8 Morgan Morris, Hooker Dewi Lake, Centres Tiaan Thomas-Wheeler and Kieran Williams, to gain valuable playing experience.

“We are all supportive of each other and every experience is a positive one for all of us because we are learning what is required,” said Evans.

“It’s the way we can learn, by training with the senior players during the week, and then playing in the big games.

“It’s a building block and having that experience behind me has given me the belief and the attitude to take every opportunity that comes my way.

“I feel because of being here as a youngster, I have a real connection with the region and the club, and I am playing with established players who were in the same position I am in three or four years ago.

“Knowing they have come from the same starting point gives you a real determination and focus to keep learning, developing and improving.

“I am training with players who have attained real sustained success at the highest level and just being in the same environment shows me the levels I have to aspire to.”

Evans played for the Ospreys in three Welsh derbies – against the Cardiff Blues, the Scarlets and the Dragons – and, despite being on the wrong side of the result, relished the experience.

“I grew up going to watch Welsh derby games, the Christmas derbies, and having the opportunity to play in them this year was a dream come true for me,” said Evans.

“It’s obviously completely different from watching in the stands and I tried to take it all in when I ran out. Running out to play those games was priceless for me and I want to be involved in as many of those as I can.”

Dan Griffiths, Rugby General manager, underlined Evans’ work ethic and contribution to the senior side during a difficult campaign hampered by injuries.

“Cai is a diligent young professional who has worked hard on his game and progressed well this season,” said Griffiths.

“With such significant injuries, it’s been challenging for young players both mentally and physically to back up games week to week, especially out of position as Cai has done for most of the season at fullback.

“He deserves real credit for the way he has applied himself, and has gained valuable experience that will hopefully stand him in good stead for a bright future.”

“It’s important to support the development of our talented young players, which will also enable us to grow depth and competition within our squad. Cai is one who is certainly heading in the right direction.”