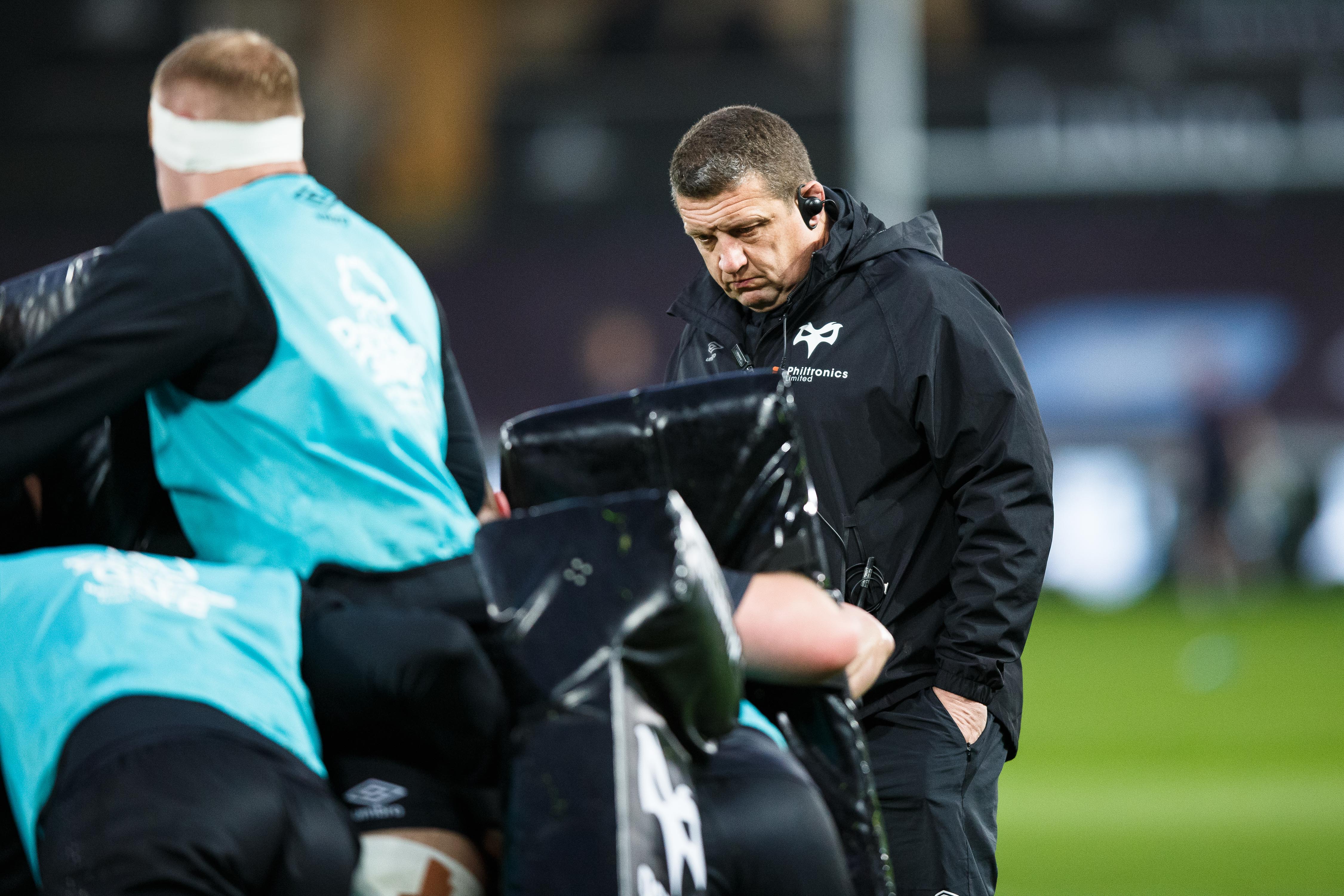 It rained this morning. A lot of different environments for a lot of players, especially after lockdown and not even being on holiday for a couple of years. I think it's a bit of a shock for some. But, yeah, change of environment is nice and, you know, being privileged to be able to travel was not something to let pass you by. It's a nice opportunity for us to not just prepare well for different opposition and exciting time but also to enjoy some time together and build some cultural stuff and togetherness as a team as well… which has been difficult to do with the last couple of years.

It's a great opportunity to learn more about each other. Back in the day, there would be a lot more of an interaction on and off the pitch. I appreciate things are getting back to normal and those things are becoming more normal, but, you know, you can't undo the two years or whatever the timeframe actually is, of inactivity on that socialising and cohesive bit. So, yeah, we've been quite deliberate about trying to fast track some of that as well.

Obviously, we've come to Stellenbosch Sports Academy (SAS), so from that point of view, it's been good. They've looked after us really well. We've got all that we need. The preparation has been different because obviously different surroundings, different temperatures, different times of day, transition, coming off planes to train. But the positive side of it is that because we've got more time, we can develop our individuals and spend time growing them as people and also as more knowledgeable rugby players. So it's not just about preparations for the game, it's also about preparing ourselves to be better with a young team. These are opportunities that are gold for us.

No, we didn't bring any injuries. We obviously haven't got any internationals here. We've got people that were injured. They are best served at home unless they were going to be fit to play on week one because obviously we will have a number of players joining us for next week and it doesn't make any sense in not putting their health and well-being first because we want them back on the pitch as soon as possible. We also had Mat Protheroe from a Covid point of view before we left, so that was a bit of a last-minute change which is unfortunate, so he hasn't travelled either. Apart from that anyone that is fit has travelled.

Yeah, we will have some of the international boys coming out next week and people that are fit to play, and that will be determined [according to] obviously where they are mentally and physically really. So we will take it on an individual basis and we'll see where that takes us. Obviously, we're catching up with them this week on their return to the region and making sure that they are all fit and well, assess them on an individual basis, and then a number of them will join us next week, which will be great.

"We're not used to this heat in @PontyclunRFC "😅

Hear from one of the youngest members of the travelling party @Deavessss on his first tour away with the Ospreys here 👇 pic.twitter.com/3D3cwMSvtG

I think the biggest challenge is – as we've alluded to – some of the physical change around the heat. Not one Northern hemisphere side has won a game in South Africa, so that gives you the magnitude of the competition over this side of the world, especially when you've got a lot of returning South African players, national players into their teams and they're peaking, getting ready for, no doubt, their Test series against Wales in the summer. So from that point of view, it's a very, very stiff challenge but one we're really looking forward to because it's not often you can try and get a first these days. If we can be the first team to win on Friday, that'd be great.

I think they start games very well. They score a lot of the tries in the first 20 minutes and try to get on top of you quickly, so we need to make sure that we are ready for that onslaught, as it were. We need to certainly approach it with the right mindset.

And secondly, they also have a very strong counterattack element. You know, they want to be positive whenever they can and try to stretch you from both sides of the pitch and stretch your defences as much as they can. So we need to basically get control of their dangerous runners, especially on the edges and if we can do that, that will give us a chance but it's a tough challenge, as we've already mentioned.

No, he's not fully training yet. I think we spoke in previous weeks about that. As I said the last 5% is always the hardest to get, and he wasn't quite right. We don't think he's too far away but again, he's a big man whose knee will respond differently to other people with the same injuries. Everyone's different. So we're governed by the symptoms that happen once he trains. We need to make sure that we get control of that because like with all of our players – as I have said to everybody who normally comes on – we want players not back for a week, we want them back for good, so we've got to make sure that we get ourselves in a position where we can get healthy players that stay fit.

Yeah, that's the aim [getting him back for the derbies]. As we said, we expected him for Zebre, but there's been a couple of setbacks in how his knees reacted to training. We don't think they're serious setbacks, we're getting on top of that. So, you know, you've got to build endurance into an injury as well so it doesn't react every time it's stressed… you know, your body stresses and it reacts. So we’ve taken measures and the pre-ab rehab stuff that we are doing, we're comfortable getting back as soon as his body will let him, but yeah that is a few weeks away and I'd like to think that he's certainly back for that [the derbies] for sure.

Would he be in the mix? As I said, on an individual basis, it'll be determined on that. We'll have a look at where everybody is both physically and mentally, and the people that we think can contribute against the Stormers will travel and people that won't, won't [travel]. We've got some big games coming up after that – three Welsh derbies in the real crux of our season so, we want to make sure that we've got fit soldiers and enthusiastic people that are fit and able to perform well for the Ospreys and give us the best chance to win.