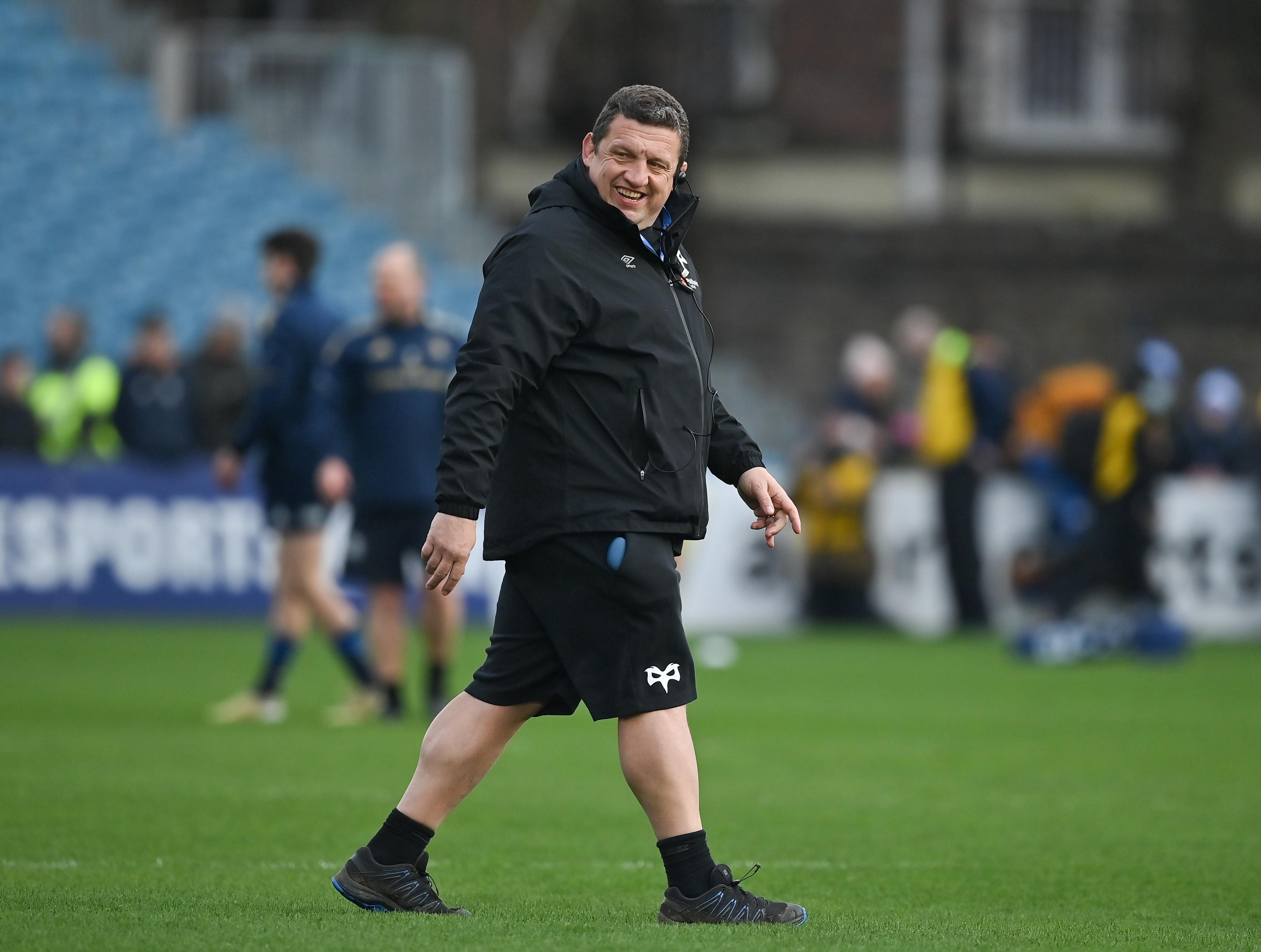 It's been a good week of news for the supporters in relation to looking after the people that we've developed and making sure that we get our young players – that we're developing and that are moving forward – all signed up, and that's important and an advert of what we are trying to do for them and as a region. So that's exciting, yeah.

He's not quite there, to be honest. He's been out there a few times and we just need to be a little bit more calm. He hasn't got the training that we want under his belt. So after being out for so long, it's important that we do the right thing for George and obviously for the team. So, yeah, he's probably going to miss out this weekend.

We were targeting [his return from injury] around this area, but when you're in such [situations] that the nature of the injury is how it reacts to the load that gets put through it. And as I said, the last 5-10% is the hardest to get to. So from that point of view, he's not quite where he is, hasn't got the training volume, and it's not even the injury, it's almost the injury risk and the fitness levels.

You can't put someone just on the bench because [for example] you get an injury in the first 10 minutes and you're expecting someone to go 70 minutes… which is not what it's designed to do. It's not where we can manage those things, you know, like [you can in] football, because there's such a degree of specialisation that you need to make sure that if need be, they can play a considerable amount of time. So from that point of view, it's more about just getting him ready so that he can perform well but perform well for a considerable period of time.

He's done a few warm-ups with us, that's really as far as he's gone. I know he's ticked off a lot of boxes. His scan results were very positive. We're obviously in constant dialogue between two medical teams, two S&C teams. So, yeah, he's up there with Wales for this week, and we'll see how he presents at the end of the week and ticks off another set of boxes and then we'll see where that takes us after that.

Again it's what is right for the player and where it fits. If he ticks off the boxes, then the next available game, he'll want to play a part, whether that's internationally or for us. Common sense would probably say it's for us but these things don't work out the way the season is structured. So you have to wait and see but all he's got to do is take it sort of day by day, week by week, and see where it gets to.

On the Tomas Francis situation:

I'm probably not going to give a view too much, not because I don't want to, but I know there's an inquiry going on around it so that's the most important thing. No one deliberately puts a player at risk for sure, that's an obvious thing, but what has to be at the forefront of everybody's mind is the safety of the player. So that's my view on it, we will wait to see what the findings of the inquiry are.

On Dewi Lake's incident with England's Jamie George during the Six Nations game:

He's more an oak tree than a shrinking violet.

Yeah, he's a very combative, competitive guy and I think the fact that they've gone after him, he should take that as a compliment, and he certainly won't shy down from any challenge.

When called on in that critical moment, he did his job and did what he had to do. So it was a waste of effort, wasn't it?

The testament of a good team and a good player is how quickly they learn. The rate of change in him is certainly the thing that indicates that. He'll be much better for the experience he's been through, even if it's just managing his mindset, having to throw in pressurised environments and having to adapt to different situations. So, yeah, there's definitely going to be a lot of added value for Dewi as a player and we will benefit from that for sure.

Don't miss out on any of this week's action. Get your tickets today 👇

On the upcoming game against Zebre:

We're excited about it because we're at home, and we enjoy playing at home, especially since now there are people in the stadium. It's another opportunity for us to perform. We were obviously disappointed in Leinster.

You know, we put our hands up, outmuscled, outplayed, but we showed a lot of spirit and grit… but that's not enough. So we need to bring more than just spirit and grit, and this is an opportunity for us to impose ourselves, if we can, onto an opposition… that's what Leinster did to us. They are the very best. We need to be a team that is able to do that to an opposition. You know, players and coaches always talk about learning, and the learning for us is to see whether we can be the aggressor rather than the recipient.

They’re not missing as many players to International duty as normal. Again, as you know, if you look too far in front, you trip over the hurdles right in front of you, and all we can worry about is Zebre. It's a massive test for us because it's a test of our mentality and our ability to bounce back from a poor result. So from that point of view, we're focused very much on us, not so much on what they do but what they are is that they are a big physical threat that have a good set-piece and, if you play into their hands, they will try and manhandle you from a lot of physicality and double tackles, etc. Our ability is to try and keep the game as we’d like it, and what I mean by that is to control what we want to control to a degree that we negate their greatest strengths.

We are bereft of a lot of good players at the moment because they are on international duty, injured, or both, and as a result, the learning for the young group – which we have predominantly been with all year – is 'can you perform when you are the expectant favourite rather than the happy underdog', and that's a mindset in itself and if we want to become the team we want to be, we have to learn how to do that.