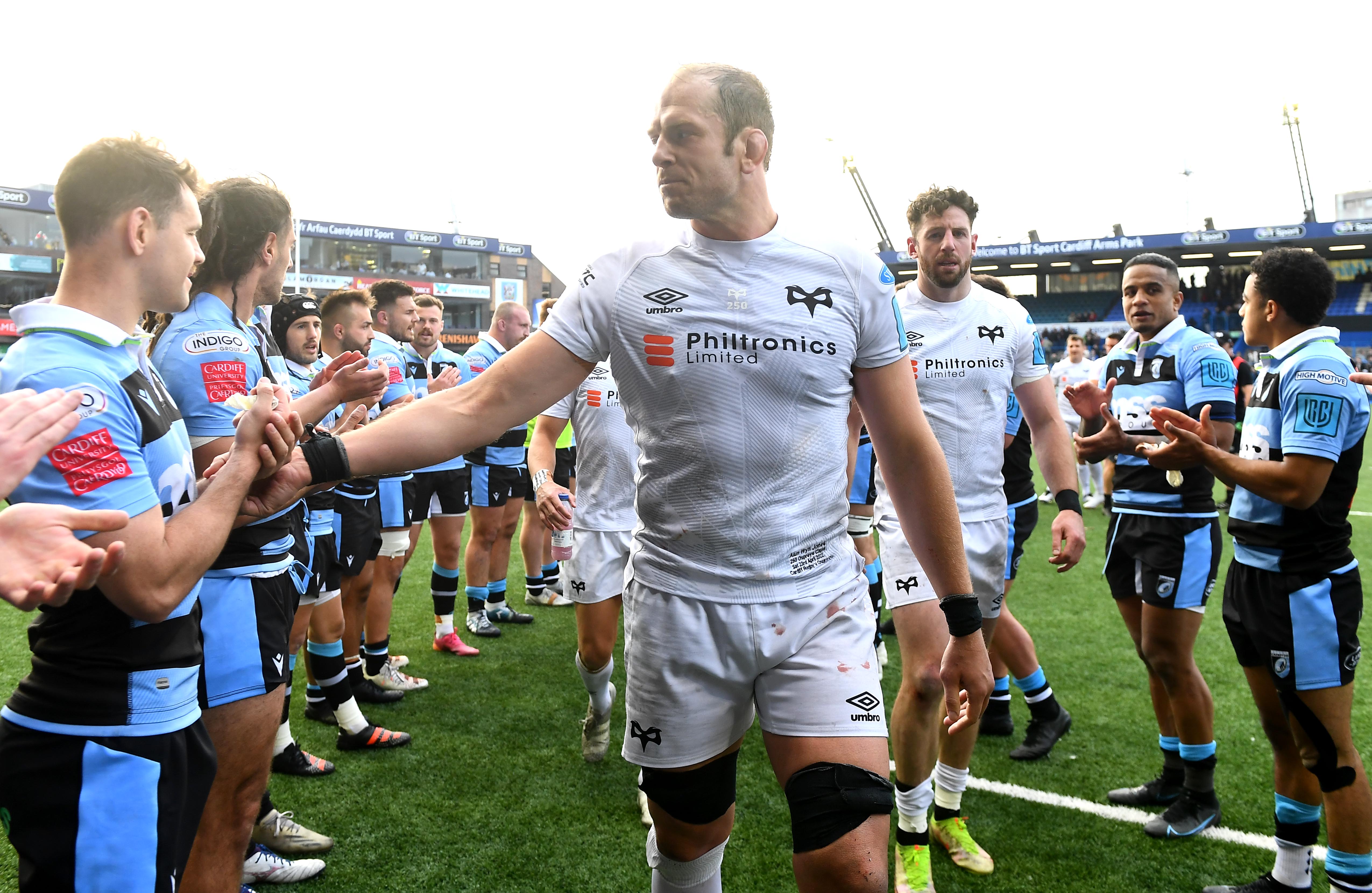 It is hard to imagine Alun Wyn Jones being told he has to wait and to hang fire before playing for the Ospreys.

But that is what the Wales, Lions and Ospreys legend was told to do before he made his competitive debut for his home region.

Jones’ debut was as a replacement in the 22-20 win over Leinster in the first league game at the then new Swansea.com Stadium, on September 4th, 2005.

He was 19 years of age and on the bench and a certain Duncan Jones, the current Ospreys First Team coach, was in the home side’s starting line-up that day.

His status in the pantheon of rugby greats is already secure, the world knows what Ospreys supporters have known for more than a decade.

Jones, the British and Irish Lions and Wales captain, signed a new contract that takes him to the next World Cup.

Certain players carry the torch and symbolise the team they represent and Jones is without question the iconic Ospreys totem.

For Jones himself, the milestone of 250 Ospreys appearances, was treated with his trademark humility.

"Obviously it's a pretty big milestone," he said. "People keep reminding me of what I've done. I've always said I wanted to play for Swansea.

"But with the inception of the regions, I had an opportunity then to represent more than one club which I've done and which has meant a lot to me over the years.

"It's funny realising that we're actually a year away from 20 years of regional rugby. That's pretty significant. That didn't have a bearing on my decision to extend my stay for another year.

"More so off the back of the last two years and the protracted seasons we have had, the fortune or misfortune I've had on and off the field, I felt I had a bit more to give and I'm going to have that for the next 18 months.

"My debut only feels like a few years ago now. I remember Lyn Jones telling me I was going on, getting to the edge of the pitch and then telling me to hang fire and Lyndon Bateman went on instead of me. I didn’t actually think I was going to get on

“I was fortunate enough to get on in the end. That was the start if you like and my competitive debut in the league.

“I had a couple of runs before that, I had a trot on a pre-season tour at 6 against Toulon. Managed to score in one of the first games at the Swansea.com against Wasps.

“Those are fond memories for me, the start of my professional journey."

Jones knows what it takes to win Silverware with the Ospreys and his ambition is to see the side to achieve the same again.

“I speak for many when I say I want to see the Ospreys back where we belong,” said Jones.

“It is going to tale a lot of work but we still have a chance, but lets be real about it, it is a slim chance.

“We need a couple of fixture to our way in the league and there are opportunities to get where we want to be for next season.

“That is the focus for everyone and that is the only focus it should be.”

The Ospreys host the Scarlets for the first time in Swansea since 2019 with a big crowd expected for the West Wales Derby.

“Not having supporters for so long has made a lot of us, myself included, realise we have missed them,” said Jones.

“It’s something we wouldn’t want to have to experience again and now we know the value of having supporters there.

“Having been fortunate to play at the Swansea.com Stadium when it’s packed, something we haven’t seen for a long time, hopefully there is an energy and appetite to come and see us play.”