The Ospreys travel to Parma to face Zebre in Round 5 of the Guinness PRO14 on Saturday afternoon. 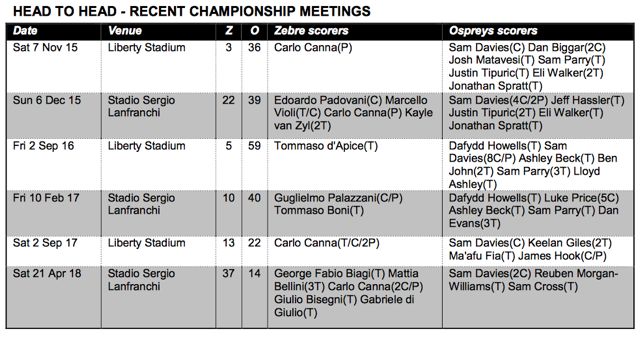