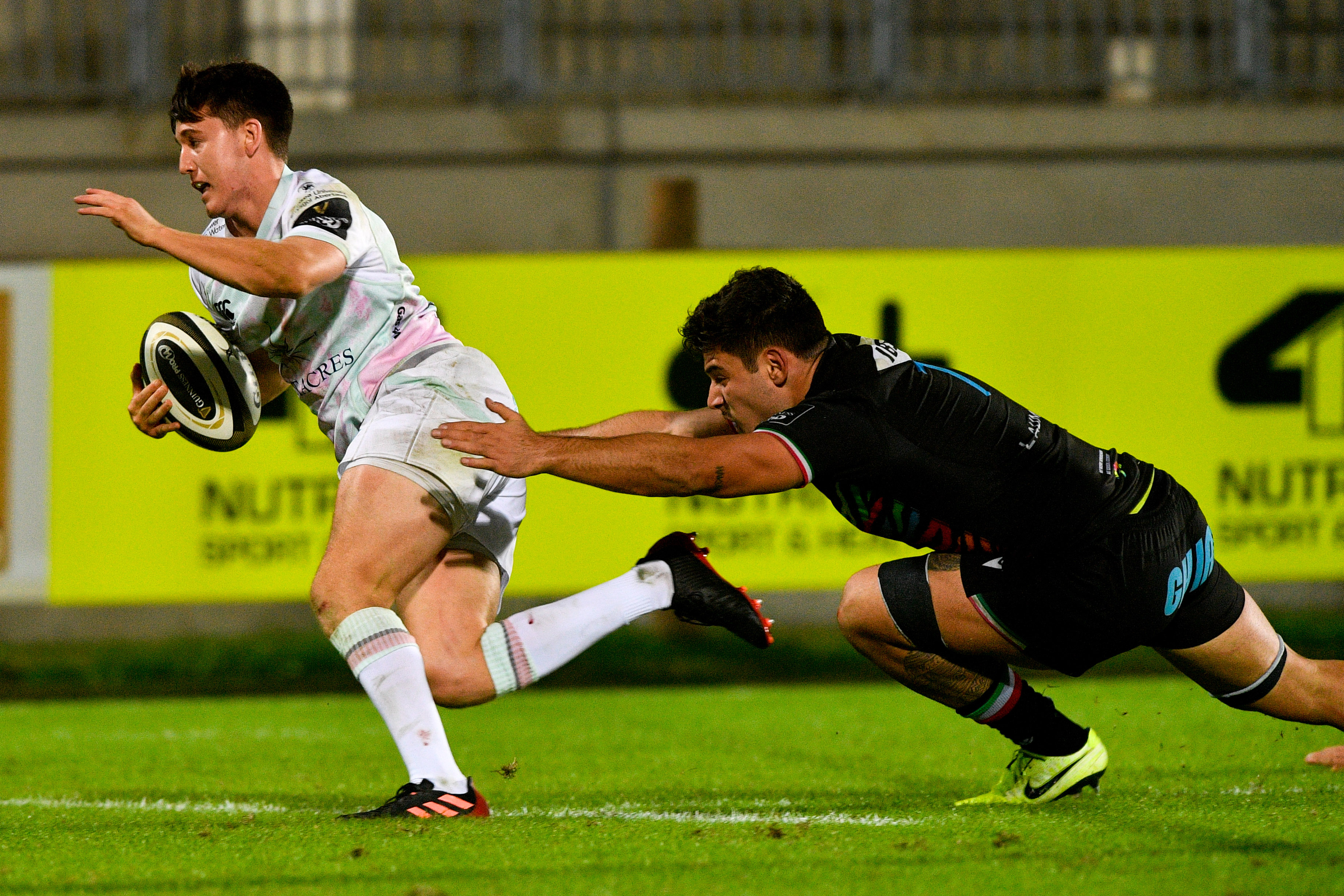 The first half didn’t go the way of the visitors at all, with the hosts running in 17 unanswered points until the 32nd minute. Zebre openside Renato Giammarioli crossed the whitewash first on the left wing, followed shortly after by outside half Antonio Rizzi, who claimed 7 points from the boot and 5 through a try of his own.

Ospreys responded with a penalty from outside half Josh Thomas a little after half an hour, but there would be no more scores before the interval.

It looked like Zebre were back on the warpath early in the second half and secured yet another penalty to take Zebre 17 points clear. Ospreys prop Gareth Thomas and flanker Olly Cracknell got a try each either side of another Zebre penalty, bringing Ospreys to within six points of the Italian outfit.

It looked like the Ospreys might secure an incredulous comeback in the final moments of the game, as they drove just a few metres out from the line. But the maul was brought down and the ball trapped under a mass of bodies, gifting Zebre the game.

A frustrating night for Ospreys supporters, but a valuable learning curve for many of the Ospreys youngsters.

Ospreys Head Coach, Toby Booth
“Blooding some youngsters tonight, that is a positive; they’re very disappointed. But they'll understand that’s part of their growth. I’ve no regrets about having those boys in there. They’ll be better for the experience.”
Full report

A mess at the breakdown just inside Ospreys’ 22 awarded Zebre an early penalty, which the hosts turned into points through the boot of outside half Antonio Rizzi.

Zebre starved Ospreys of possession for long periods in the opening quarter, and after an extended effort hammering away at the Ospreys defence, a wide slinging pass to the left wing granted Zebre openside flanker Renato Giammarioli a run-in unopposed. Rizzi added the extras and Zebre enjoyed a 10-0 lead as the clock ticked over the first quarter.

Continued pressure from Zebre yielded more rewards, and it was outside half Rizzi who snagged the points himself, breezing past the defence to score his side’s second try of the evening, and converting his own score.

Ospreys strung together a few phases and made some much-needed ground, catching the Zebre defence offside and outside half Thomas knocked over the Ospreys’ first points of the game after half an hour of play.

Five minutes into the second half, there was another opportunity for Rizzi following a penalty from the base of the scrum, and Zebre found themselves with a 17 point lead once more.

Ospreys turned the heat up on Zebre and replacement loosehead prop Thomas reaped the reward, burrowing over from close range to get the Ospreys back into the game. Outside half Thomas converted the score and the Ospreys were back within ten points with 25 minutes of the game remaining.

The game entered it’s final quarter and it was Zebre who kept the scoreboard ticking, with yet another penalty goal from outside half Rizzi.

After almost eight minutes of scrummaging and punishing Zebre in the shadow of their own posts, Olly Cracknell got over for Ospreys’ second of the evening, bringing his side into losing bonus point territory with just four minutes left on the clock.

A final push from the Ospreys in the dying moments of the game, and it looked like the rolling maul would finish the job for the visitors. But the maul is collapsed and it doesn’t come back on the Ospreys’ side, giving Zebre the win.

Speaking after the game, head coach Toby Booth had this to say about how the game panned out:

“Blooding some youngsters tonight, that is a positive; but they’re very disappointed. The youngsters will understand that’s part of their growth. I’ve no regrets about having those boys in there. They’ll be better for the experience.”

“There’s some very bruised egos and pride. They’ll hang tough as a group as they always do, and it’s ancient history now. We need to look forward and look how we can improve the things that we need to improve to make sure we’re competitive against the best.”