Teenager Mitchell Walsh is heading south for the summer after accepting an opportunity to play in New Zealand with Waimea Old Boys RFC.

The 19-year old tight head prop, is linking up with the Nelson based club who play in the Tasman Trophy, to gain invaluable on and off field experience as part of his ongoing personal and professional development.

Having come through the development pathway from Mumbles RFC, Walsh was part of the 2015 WRU Regional Age Grade U18 championship winning team alongside the likes of Owen Watkin, Keelan Giles, Will Jones and Kieran Williams. He has featured regularly in the Principality Premiership for Swansea since the start of 2016, playing 34 times for the All Whites and scoring three tries.

In addition, Walsh made three appearances in this season’s British & Irish Cup for the Ospreys Premiership Select, coming off the bench in a loss to Cornish Pirates and wins over Connacht in Galway and London Irish in Reading. 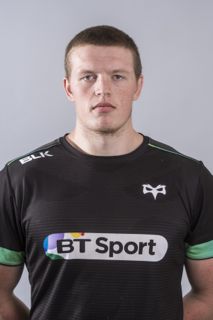 Dan Griffiths, Elite Development Manager, says it will be a fantastic opportunity for Walsh.

“We want Mitchell to go out there and really enjoy the experience of being in a different part of the world and standing on his own two feet. It will be beneficial for him on two fronts.

“Off the field it will take him out of his comfort zone and help him to become self sufficient, aiding his personal development. In terms of his rugby he’ll be in an environment where he can focus on developing the core aspects of his role, working with Waimea Director of Rugby, Jono Phillips, someone with a track record in developing young talent, in Scotland and New Zealand.

“This is a great chance for Mitchell, we hope he embraces it fully ahead of coming back to the region in late summer.”

Walsh says he’s looking forward to the challenges that lay ahead for him over the coming months on the South Island.

“It’s a great opportunity for me” he said.

“If you are going somewhere different to get rugby experience, New Zealand is the best place for it.

“It’s a chance for me to live and train in a different environment and it will allow me to grow. as a player and personally. I’m going to give it everything while I’m with Waimea as I understand how fortunate I am to get this chance and I want to make the most of it.”