“You come in and learn every day”

After gaining his first taste of senior action during this season’s European campaign, young lock Will Griffiths is hoping to be involved in some big Guinness PRO14 matches in the coming weeks.

After coming to the fore as an age-grade lock of promise, captaining the Ospreys U18s to a WRU title and leading the national team, the 20-year old Gowerton RFC product has bounced back from an ACL injury that required surgery and ruled him out of all of last season.

Returning to action in the white of Swansea RFC in November, Griffiths played five times in the Premiership at the end of 2018 while also beginning to establish himself in the senior group at Llandarcy Academy of Sport, to the point that he featured off the bench in each of the last three Challenge Cup games, against Stade Francais, Worcester and Pau.

Having enjoyed that opportunity, with the likes of Alun Wyn Jones, Adam Beard and Giorgi Nemsadze all away on international duty, Griffiths is keen to make the most of any opportunity.

“It’s an exciting time” he said.

“I’ve had some game time in Europe, I’ve had a chance with the first team, and with the internationals away now it’s an opportunity for us young boys to get exposed to the higher level.

“Hopefully I can continue growing as I have been, playing through the Six Nations, being around the group for the rest of the year and into pre-season when the World Cup is on.”

As a second row Griffiths can learn from some of the very best in the business at the Region, including Wales captain and most capped Osprey, Alun Wyn Jones, but he admits to taking inspiration from someone younger who is only now starting to get wider attention off the back of nine games unbeaten for his country over the last 18 months. 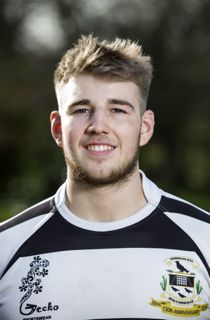 “There are role models everywhere around here, you come in and learn something new every day” Griffiths continued.

“In my position you’ve got people like Alun Wyn, Bradley Davies and Lloyd Ashley, all experienced players who are happy to help young players like me. It’s a great place to play and a great place to learn for a young second row.

“Adam Beard is someone I can look at as a great example as he’s only a couple of years older than me and has come through a similar path. I want to mirror his progression if I can.

“Over the coming weeks we’ve got some important games coming up and with the players we have away on international duty hopefully I can get some more minutes under my belt. It’s been great the last couple of months but if I get the opportunity to front up against some good teams and get that exposure, hopefully I can make a statement.”

Reflecting on the injury that halted his progress temporarily last season, Griffiths admitted that he had found it hard to deal with but credited his team-mates and the medical team at the Region for helping to keep his spirits high:

“I was unlucky with injury, I had an operation that kept me out for 10, 12 months, so it was nice just to get back into full training and looking to get some time with Swansea.

“I wasn’t expecting anything major. It was important for me to just get back playing and try to pick up from where I had been before injury. Just be involved.

“It is difficult to deal with, when you get your first big injury, particularly when still young. It’s hard. It’s all been one way to that point, signing a development contract, winning the U18 title, captaining Wales, you think it’s always on the up.

“To have a setback like that is a test, it’s something different. You rely on the other players around you, and the physios, to keep you going, to help you through it.

“You have to focus on the rehab, get it done, and make sure you stick around the rugby as much as you can, stay involved as much as you can, and stay positive. The main goal is to be back up and running on the pitch as soon as you can and it’s important to work hard at those little things that can get you there, and you trust the physios to do their part.”