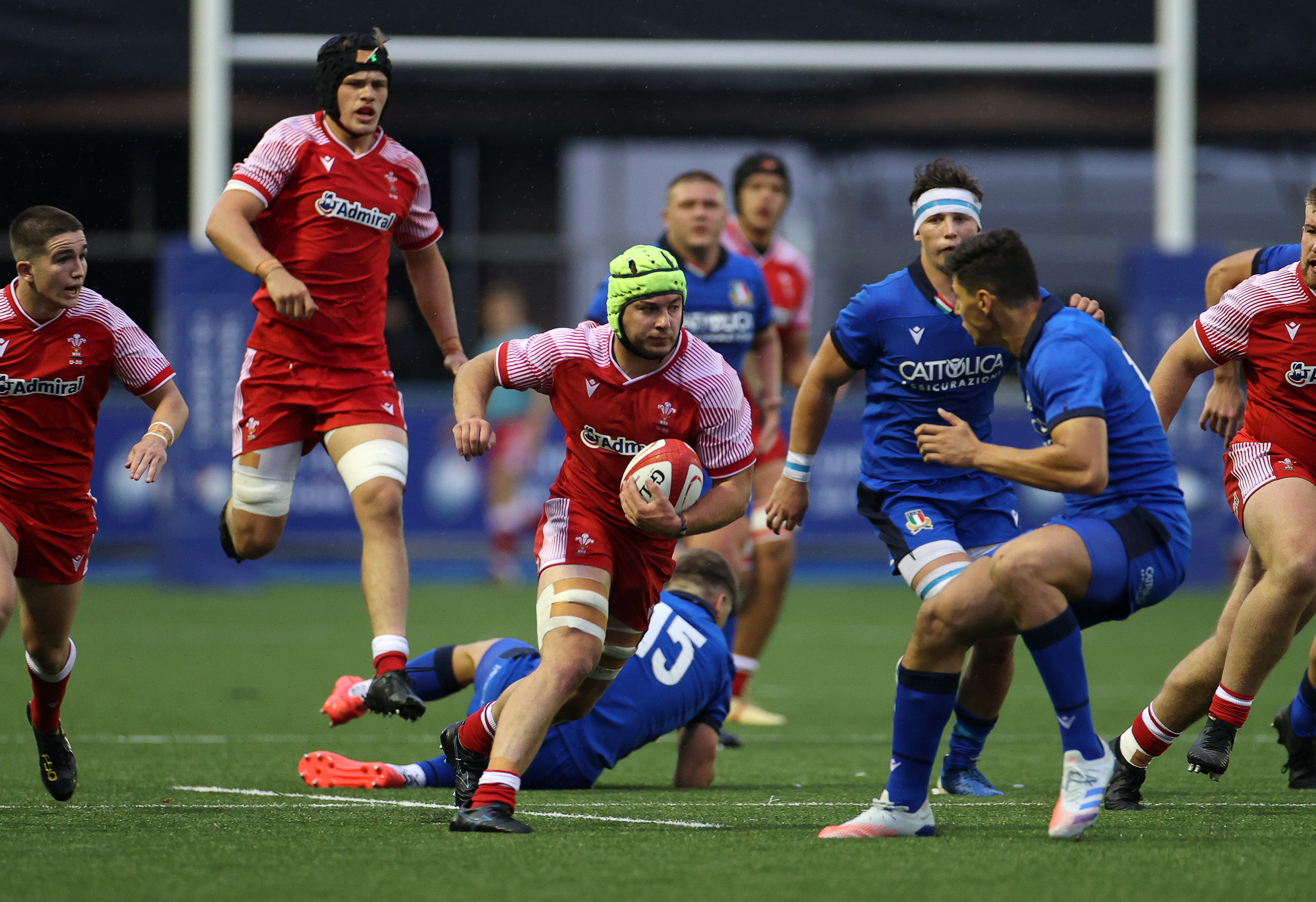 Wales kicked off their U20s Six nations in style with a well-rounded display to win by 25 points to 8 against Italy.

Ospreys' Harri Deaves showed his class with some clever defensive work which won Wales a couple of penalties that consequently allowed them to clear their lines.

The openside also put in a series of big tackles and took a quality high ball in the opening stages in a performance that saw the youngster win man of the match.

In the 15th minute, Italy opened the scoring off the back of a penalty.

It was a well-worked try off a close-range lineout.  With Wales expecting a driving maul, Italy’s prop Ion Neculai took the ball direct and crashed over to give Italy a five point lead.

Wales hit back almost immediately  with a penalty try after their lineout drive was illegally brought down by the Italians who lost another to bin.  Wales then extended their lead to 10-5 with Sam Costelow slotting over from close-range.

On the stroke of halftime, Wales went further ahead through the boot of the promising Costelow to take a 13-5 lead into the break.   Having initially penalised Wales, the referee reversed his decision and issued a yellow card to Italian centre Filippo Drago for bad language.

The first half was a stop-start but passionate showing, with 22 penalties and four yellow cards, three of which were for Italy.  Wales opened their second half account once again through the polished boot of Costelow, this increased their lead to 11 points.

Two minutes later, there was yet another card.  This time it was the turn of Wales’s Harri Deaves who was carded for preventing a quick Italy penalty.

The Azzurri then opted to go for goal to reduce the gap to eight points.  For the fourth time in succession, Wales added to their tally through the lethal boot of Sam Costelow, this time a pinpoint drop-goal.

In the 68th minute, it turned into a kicking masterclass from the quality Costelow who once again converted a penalty to take Wales’ lead to 22 points to 8. Costelow kicked another penalty to close out the game with a 17-point lead.