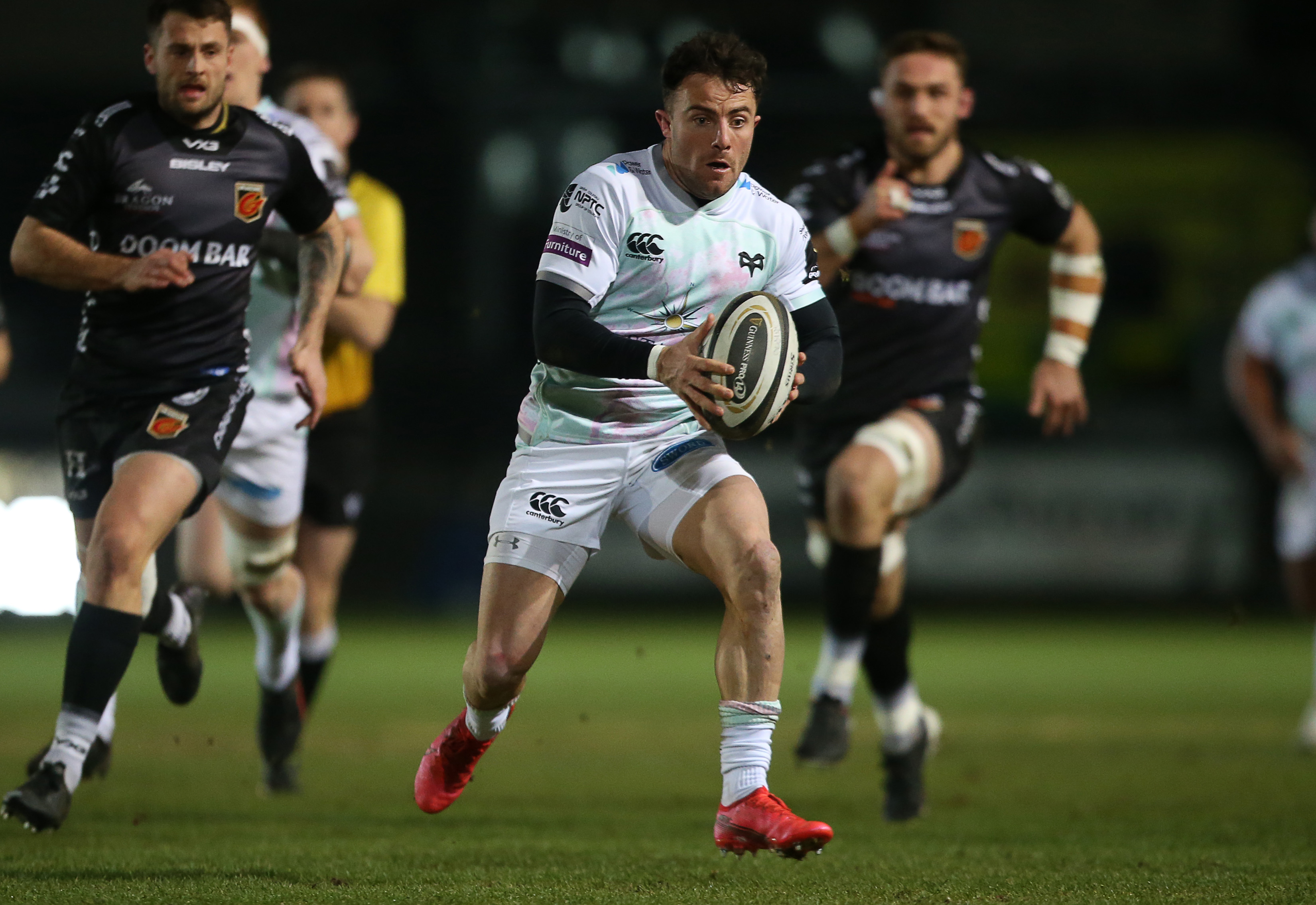 Wing Luke Morgan has signed a new two-year deal to extend his stay with the Ospreys regional rugby franchise.

Morgan, 28, is a product of the Ospreys Academy and is Wales Sevens all time top try-scorer with 131 tries in 202 games on the World Series circuit.

Morgan has played 49 times for the Ospreys and has scored 15 tries since making his debut against Munster back in 2018.

The Bridgend-born flyer made his Wales debut for the XV-a-side team against Scotland at the Principality Stadium in 2018.

He was one of three Welshmen named in the initial Team GB Sevens training squad for the Tokyo Olympics in Japan.

“The Ospreys are my home region, I came through the Academy and then went away with Wales Sevens, and came back a few years ago, so it was a no-brainer for me to stay really.

“I am enjoying my rugby here and I like the direction the club is moving in.

“Every time you get that opportunity to pull the jersey on it is something special and you play for the badge, the team, the supporters and what the Ospreys is all about.

“There is healthy competition on the wing here and that means you cannot get complacent and we are all pushing each other for places.

“Having that competition keeps you on your toes and I just want to play as much as I can, become a better player and help the team.”

Luke Morgan
“Every time you get that opportunity to pull the jersey on it is something special and you play for the badge, the team, the supporters and what the Ospreys is all about."

“Luke wears his heart on his sleeve and epitomizes the consistency of effort we want to see at the Ospreys.  He has the wonderful attribute of having genuine pace and the ability to beat defenders in the modern game.”