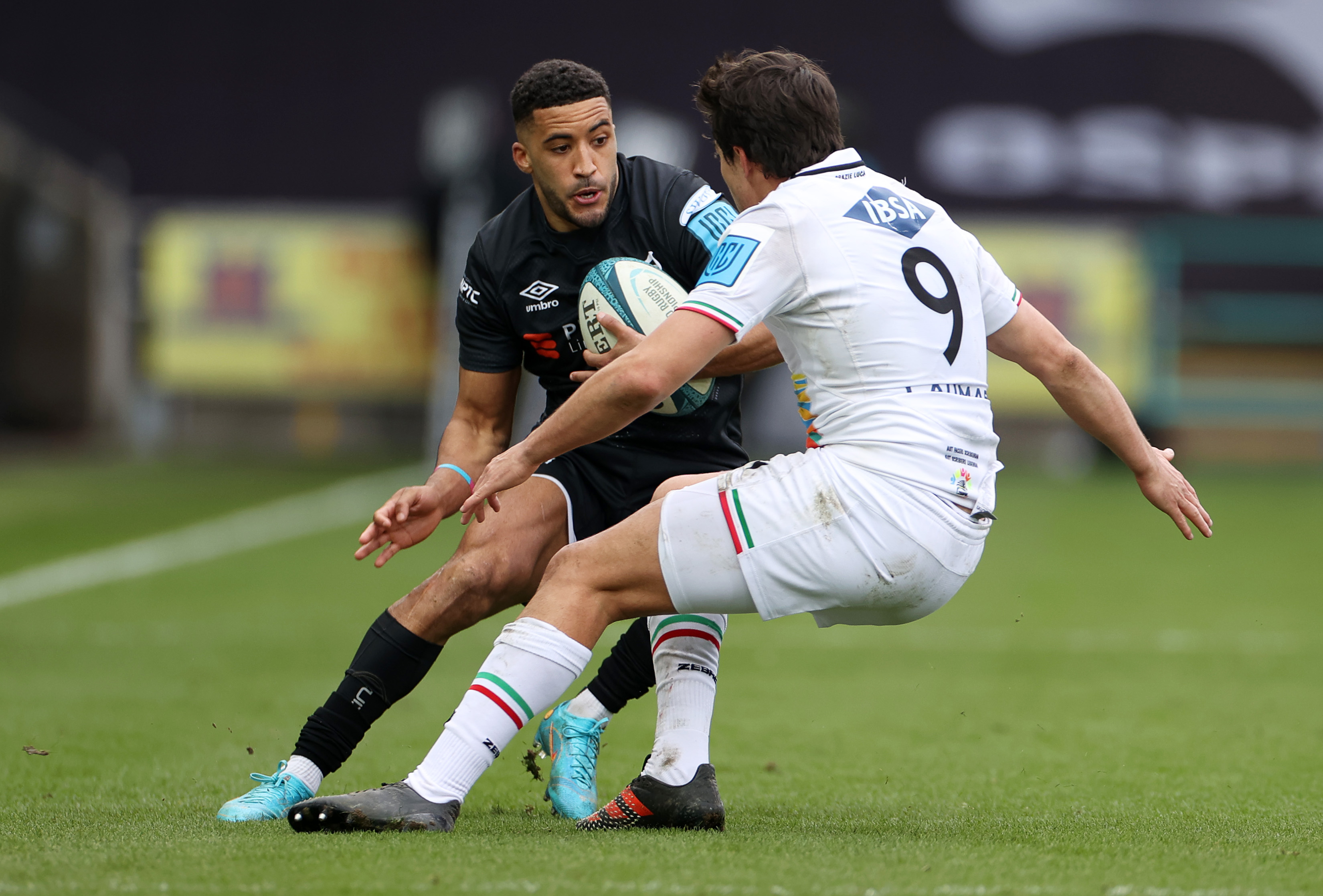 The Ospreys are excited to announce wing Keelan Giles has signed a new two-year deal to stay at the Swansea.com Stadium.

Giles, 24, is one of the quickest and most exciting players in Welsh rugby and is a firm favourite of the Ospreys supporters.

He is a product of the Ospreys Player Pathway Programme and Academy, having played for Waunarlwydd and Swansea RFC. Giles made his senior Ospreys debut in 2016 as a teenager.

The Swansea-born flyer played for the Ospreys U16s and U18s and is a Wales U20s international and was named in the Wales senior squad in 2016 and 2017.

Giles missed two seasons of rugby due to injury but is now back in action for the Ospreys. He has made 58 appearances and scored 20 tries for the regional rugby franchise.

One of the most popular players in the Ospreys squad, Giles’ return to action has seen him play in the team’s last four games in the United Rugby Championship.

“I grew up in the region, have supported the club since I was a youngster and I enjoy being here and feel there is a real future here.

“You can really feel us growing as a team and you will really see that come to fruition over the next few years.

“Personally, it is just great to be back playing and training, trying to improve as a player and contribute to the team.

“The more I play, the more confidence I get. I have thoroughly enjoyed just getting back out there and doing what I do.

“The competition for places on the wing is unreal here and it really drives you on in training and in games.

“We all know we have to take every opportunity we get with both hands.”

Keelan Giles
“You can really feel us growing as a team and you will really see that come to fruition over the next few years."

“Keelan has shown real resilience to get back on the field and he has improved his performances week on week. His game changing ability will help our attack become stronger and more potent which is exciting to see."