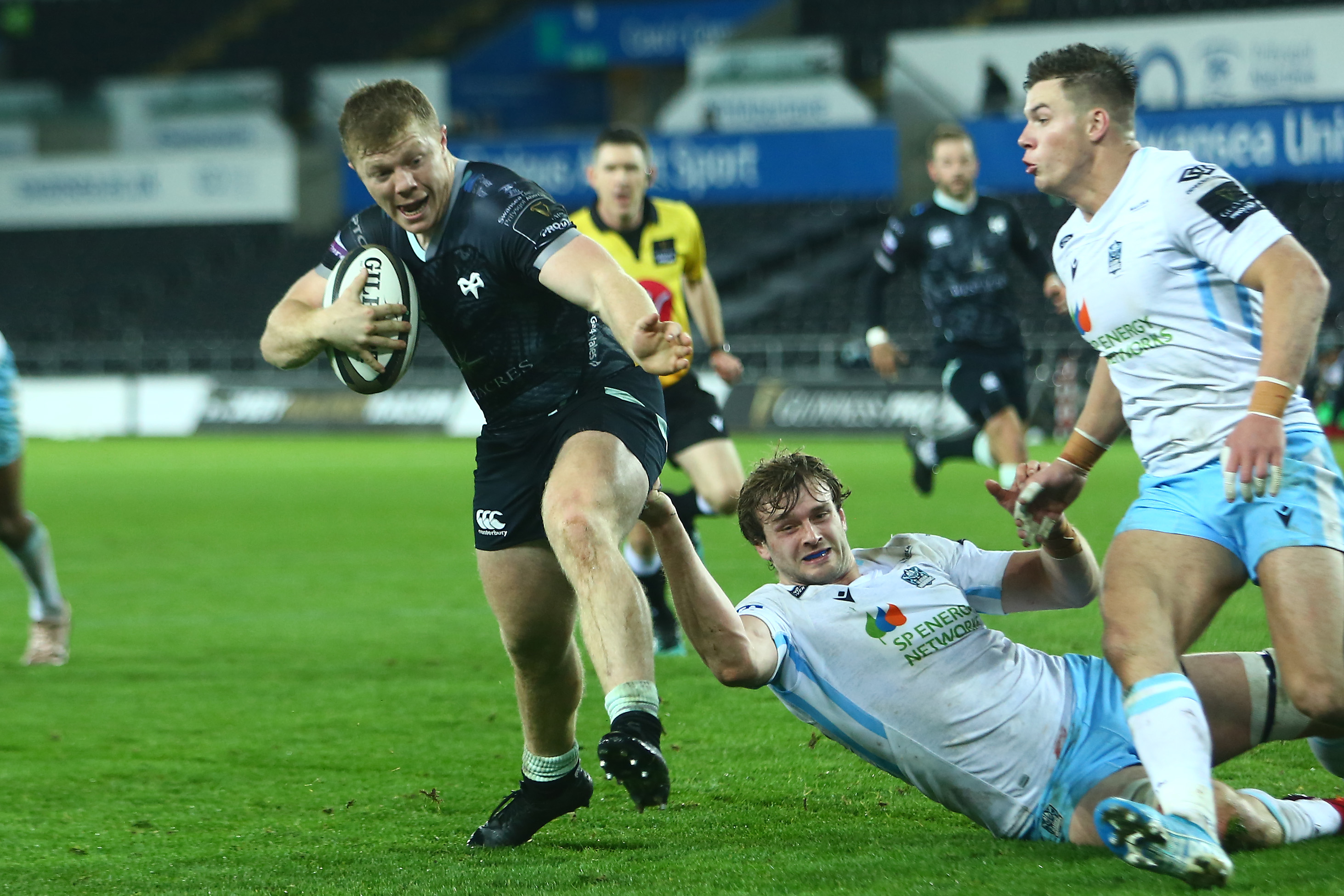 Williams signs new deal and commits future to the Ospreys

The Ospreys are proud to announce that centre Keiran Williams has signed a new two-year deal to stay at the region.

The former Wales U20s centre symbolises the Ospreys philosophy under Head coach Toby Booth of blooding young players from the region to represent the region.

Williams, 23, is one of a number of young Ospreys, including the likes of Reuben Morgan Williams, Tiaan Thomas-Wheeler, Dewi Lake, Rhys Davies, Mat Protheroe, Josh Thomas and Joe Hawkins who have featured under Booth so far this season.

The Neath-born centre made his 24th appearance for the Ospreys against Connacht and has been a vital cog in his side’s midfield for most of the campaign so far.

He has produced a number of eye-catching displays in the victories over Edinburgh in Scotland and against the Cardiff Blues in the Welsh capital.

The Ospreys Academy product made his regional debut in 2018 is now firmly established in the first team squad.

Keiran Williams
“Being a boy from the region, it’s great. I still remember my Ospreys debut and it was a surreal moment for me."

“It was a straightforward decision for me to sign a new contract, it didn’t take long at all and this is somewhere I want to stay and play my rugby.

“Being a boy from the region, it’s great. I still remember my Ospreys debut and it was a surreal moment for me. I am just looking forward to the future now and seeing all the players coming through and you can see how good the Ospreys will be in a couple of years time.

“There have been lots of players who have come through the Ospreys system who have gone onto to have international honours and Lions honours, and that only benefits the Ospreys in the long term.

“I can see the Ospreys getting back to where we were before, it’s not going to be easy and it will be tough and it make take a while but the rewards of what we are doing now will come eventually.”

Keiran Williams
“It was a straightforward decision for me to sign a new contract, it didn’t take long at all and this is somewhere I want to stay and play my rugby."

“Keiran has been impressive from the outset.  When I first saw him, it was clear he had a great attitude. He has grabbed the opportunity he has been given with both hands.  He has been one of the most consistent and standout performers we have had.

“The Ospreys have made a commitment to homegrown and younger players and Keiran is a young player who we want to stay around for a long time.  He has shown he can deliver at this level, and he is very ambitious and wants to play at the highest level his talent will allow him.

“Keiran is one of our own, but the key is you have to be good enough, and what he has produced on the pitch so far has been good enough.”