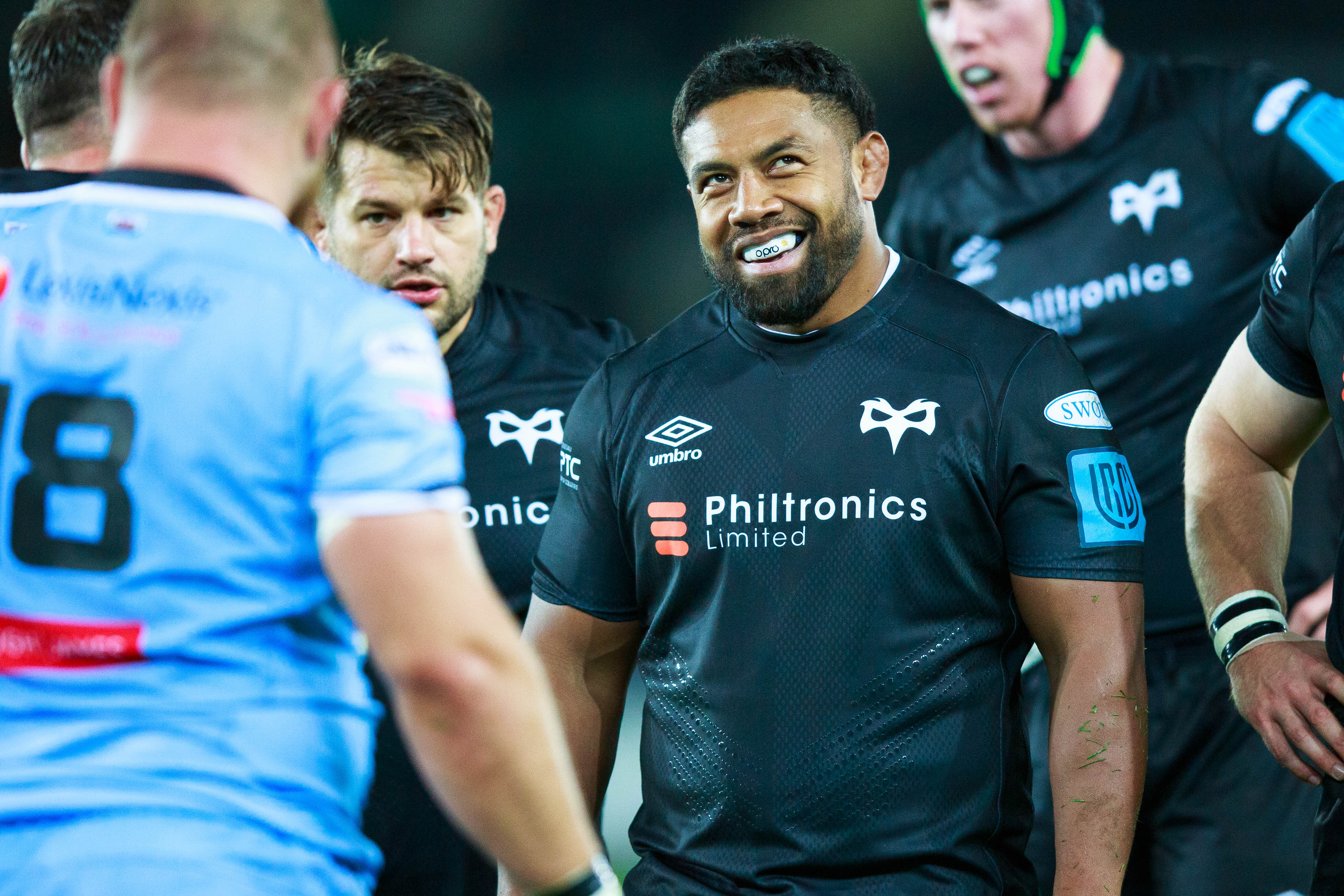 "When we talk about South African teams, it is just exciting."

ELVIS TAIONE is relishing his opportunity with the Ospreys and the chance to test himself against the South African sides now in the United Rugby Championship.

The Tongan hooker, who signed for the Ospreys in the summer, has featured in the two wins against the Dragons and Cardiff Rugby in the first couple of games of the new campaign.

The Ospreys face the first of the ‘Big Four’ sides from South Africa when the Cell C Sharks are the visitors to the Swansea.com Stadium on Friday evening (KO: 7.35pm).

Taione, who played for Western Force and the Waratahs in Super Rugby, admits the prospect of facing the likes of the Sharks was one of the reasons he signed for the Ospreys.

“It is no secret what I can offer on the pitch, I am a pretty direct rugby player, I don’t sidestep, or anything like that, and I like the physical side of rugby and I thrive on that,” said Taione.

“Hopefully, I can bring that to the Ospreys and when we talk about South African teams, it is just exciting.

Elvis Taione
"hopefully, I can wear the jersey with pride and represent the boys here, but I know I have to earn my respect from all the boys here, and I am looking forward to doing that.”

“I just want to share my experience with the young players and, hopefully, I can wear the jersey with pride and represent the boys here, but I know I have to earn my respect from all the boys here, and I am looking forward to doing that.”

The 29-times capped Tongan international, who played in 2015 Rugby World Cup, admits the vision of Toby Booth, the Ospreys Head coach, played a major part in his decision to move to Swansea.

“I spoke to Toby and heard his vision for the Ospreys and thought it would be an exciting time to come here and be a part of it,” said Taione.

“I joined the Exeter chiefs when they were in the same place as the Ospreys are now. I helped to contribute to the development of the team there and, hopefully, I can do the same here.

“He has told me to be myself and to take the young boys under my wing and I have a ton of experience, having played all around the world, and I have started to do that already with the young hookers here at the Ospreys.

“The first meeting we had here, there was a quote ‘Be comfortable being uncomfortable’, we had a similar quote which we lived by at Exeter chiefs.

“The quote, to me, underlines where the Ospreys are now and where they are going.”