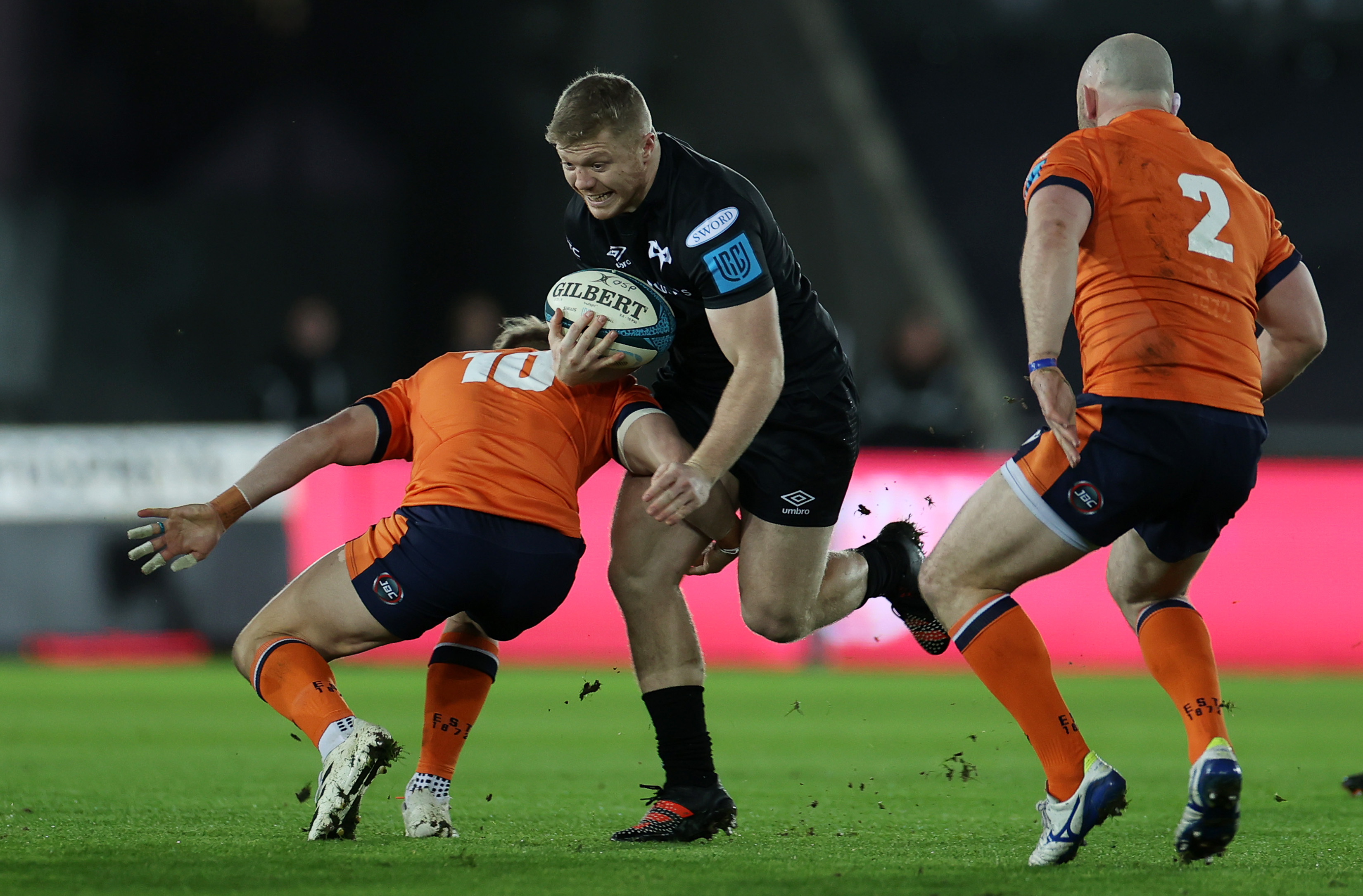 “When I look at my game, I am trying to add that variety to what I can do."

Keiran Williams has often been compared to one of the great Lions centres, but it’s another more recent legend who he admits he tries to model his game on.

The Ospreys centre has been likened to Scott Gibbs for his direct and dynamic power, shifting balance and quick feet in close quarters.

But it is former Ireland captain Brian O’’Driscoll who Williams has studied, a more recent version of a player who eventually learned how to combine forcefulness with flair.

Ospreys fans will hope there is plenty of both on show when the region host Zebre in Swansea in a match that is live on S4C.

Williams has suffered a stop-start season, not only because of the pandemic and it’s disruption of the fixture last, but also as a result of injuries.

His start to the campaign was delayed by problems dating back to a concussion injury at the end of last season and then he had to overcome a rib muscle problem.

It has meant that the 24-year-old - who seemed on the verge of a Wales breakthrough last year - has had to take two steps backwards in order to progress.

“I have had a stop-start season compared to the last one,” says Williams. “But there are also things I know I need to improve.

“I want to finish the season strongly and then you never know what could happen.”

Wiliams and his Ospreys teammate Jac Morgan were both being tipped for promotion into the Wales squad at the end of last season.

Morgan has made the step up, but Williams is having to bide his time and knows he must string together some attention-grabbing displays if he is to follow suit.

“It’s been difficult to get a run of games as it’s been a stop-start season and I’ve had injuries on top of that.

“You look at Jac and he’s had the breakthrough because he has played consistently well. That’s something I aim to do.

“Jac has shown what can be achieved if you do that and it’s been great to see him progress into international rugby.”

Williams is unafraid to be self-critical and knows that to make the next stage he still needs to add more to his armoury.

That is why he is studying the unbeaten France side in this season’s Six Nations, who remind him of what O’Driscoll was able to do in his prime - combine strength with subtlety.

“The French have ball players all over the park. But they also have strength in every player.

"That’s what every team needs. You cannot just be one-dimensional these days.

“You can’t just have one or two players who have tricks in their box. You need everyone to have that.

“When I look at my game, I am trying to add that variety to what I can do.

“Maybe I need more dimensions to my game, especially when I get my hands on the ball. I need to be able to make space for other players and not just myself.

“I was always a big admirer of Brian O’Driscoll. As a centre, he was the guy who developed a real all-round game to what he did on the field.

“He had that very physical side, but he was brilliant with the ball as well. He could make “space for other players as well as for himself. For me growing up, he was one of the best centres around.

“From a Welsh perspective, I have always admired the game of Jonathan Davies. He is strong, but he can play really well with the ball as well.

“You can always improve and strive to get better and that’s what I feel about my own game.”

Williams insists he is well clear of his concussion issues that made his pre-season complicated and is thinks the caution showed to all players on the road back from head injuries is essential.

“It was difficult but the protection now is definitely better than it was before. When you suffer concussion now, you are really well looked after and you go through all the protocols.

“It means you then feel confident when you come back. Maybe a couple of years ago it was not as stringent.

“That’s good news for every player and it’s such a major talking point in all parts of the game.”

The Ospreys will hope for a clean bill of health and maximum points against Zebre, although Williams insists patience will be key.

“Zebre are always tough to break down. They always bring a lot of passion and energy.

“We need to stay patient and then hammer things down in the later parts of the game and hopefully make sure we get that bonus point.”