Take a look at the action from last weekend’s Ospreys in the Community Cup at the LC, Swansea.

Four wheelchair rugby teams took part in the first ever Ospreys in the Community Cup at Swansea’s LC last weekend, while members of the new Eyasses Wheelchair Rugby team participated in special exhibition match before heading to Gloucester for a tournament this coming weekend.

The festival was officially opened by the Lord Mayor of Swansea at the weekend and, after two days of action, it was I Dogi, a representative side for the Venetian region in Italy, who took the honours. 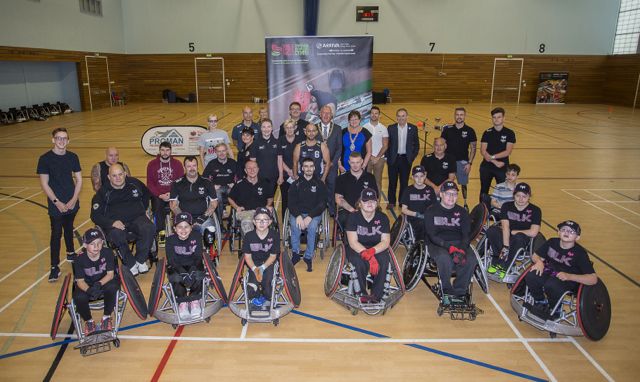 Volunteers from both organisations helped out all over the weekend, along with great support from the many sponsors who helped to make the tournament possible.

Check out our gallery from the weekend now…