What’s on at the Liberty this Friday?

The European Rugby Challenge Cup kicks off on Friday night when Newcastle Falcons make their first ever visit to the Liberty Stadium (7.05pm KO)- and there's a new look for the Ospreys.

The Falcons currently sit in sixth place in the Aviva Premiership table with three wins and three defeats to date, beating Bristol 19-14 last time out.

The Ospreys will have a new look when they run out just ahead of kick-off, wearing a brand new European jersey for 2016/17 incorporating the colours of our four Premiership clubs, Aberavon, Bridgend, Neath and Swansea – the shirt will be available to buy soon so watch this space.

This game is NOT ON TV and the only way to watch it is to be at the Liberty Stadium.

As well as what promises to be an action packed 80 minutes of rugby we have a fun-packed calendar of activity with something for everyone:

Hospitality opens, along with the O-Zone, the family friendly entertainment area underneath the South Stand. All ticket holders, young and old, are welcome to join the fun in the O-Zone and try their luck at our range of interactive games and challenges in a safe environment. 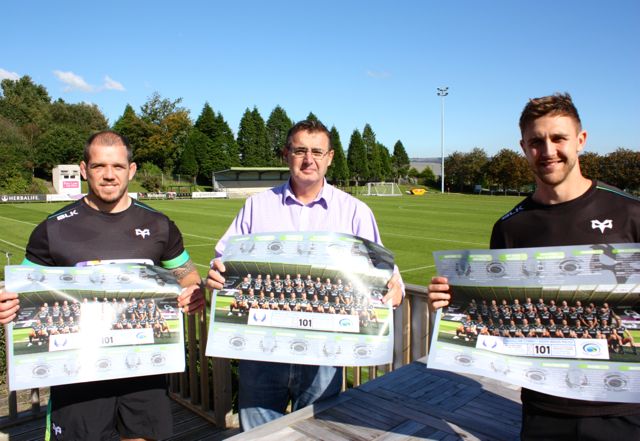 The messages cover topics such as personal safety, dangers of alcohol and drugs, bullying and much, much, more. The posters will be available from the O-Zone once it opens.

Come and meet non-playing members of the squad!

Olly Cracknell and Hanno Dirksen will be in the O-Zone between 6.15 and 6.45pm, while if you pop into the Club Shop you can meet Rob McCusker and Sam Underhill between 5.50pm and 6.20pm, at which point Dmitri Arhip and Adam Beard take over until 6.50pm.

The BIG reveal of the 2016/17 Ospreys European jersey as the team takes the field for the BIG match. 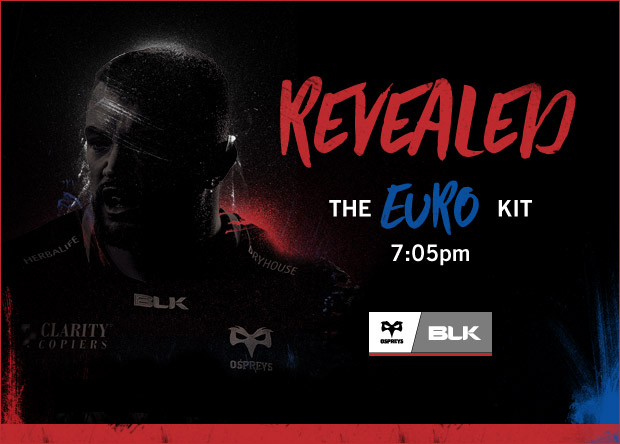 The Ospreys Supporters Club will once again welcome supporters of both teams to their Riverside Lounge HQ in the East Stand after the final whistle.

The perfect place to reflect on the match with likeminded supporters, as always there will be player Q&As, with this week’s guests confirmed as Paul James and Rhys Webb.

OSPREYS IN THE COMMUNITY

We are delighted to confirm that we will be joined at the match by players and supporters from the following clubs, groups and schools this Friday night:

HOW CAN I GET TICKETS?

Tickets are available to purchase at www.ospreysrugby.com/buytickets now, with prices starting at just £20 (adults) and £5 (U16s).

Alternatively, you can call the Ticket Hotline on 0844 815 6665 between 10am and 6pm, while the Ticket Office is open between the same hours for supporters to visit in person.

Please note that a large walk-up is anticipated on Friday evening and supporters are advised to secure their tickets in advance to avoid matchday queues.

Remember, this is not on television so get your tickets, get along to the Liberty and get behind the cause on Friday night.

WHERE DO I PARK?

There is ample parking available at the council operated Landore car park facility opposite the stadium. Please follow the signs for ‘Park & Ride’.