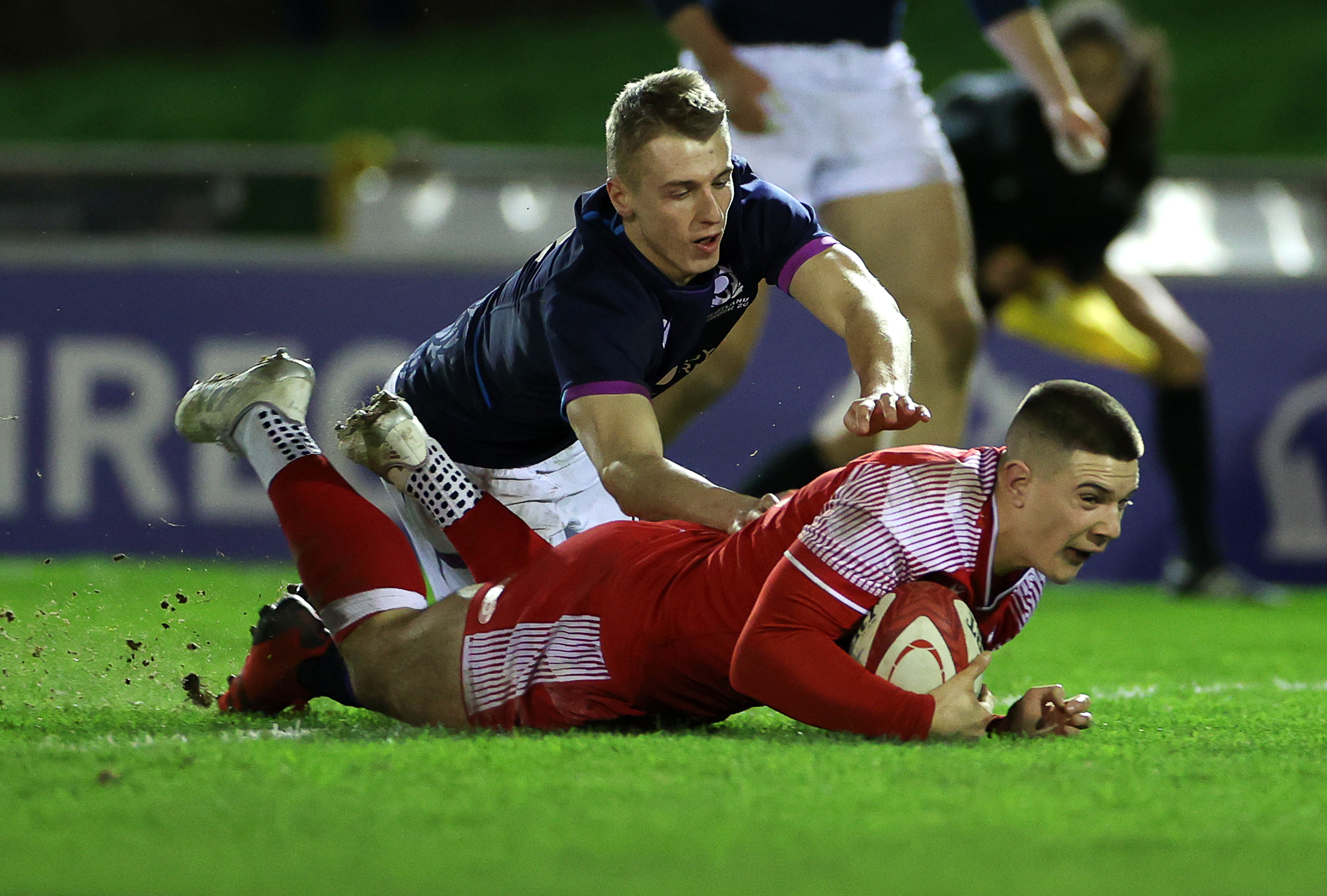 "We’ve still got ambitions of going on and winning the Championship!"

After playing a key role in Wales U20s victory over Scotland on Friday night, young Osprey Joe Hawkins was delighted to get back to winning ways with the international team.

“Full credit to the boys, it’s always nice to bounce back with a win and it keeps us in the competition as well,” he said.

“It’s a privilege playing for the U20s but it’s credit to the boys really – the forwards fronted up which gave us backs a platform to play off so it was nice to get some tidy ball and look to create stuff.

“We’ve still got ambitions of going on and winning it [the championship] and even though we had a tough loss last week – one game doesn’t drop us out of contention.

“We’ve bounced back with a decent performance against Scotland but credit to the boys for applying themselves and putting the effort in post Ireland and coming away with a good win.”

Four second half tries overturned a 7-0 halftime deficit and saw Wales earn a 26-13 victory and with Italy upsetting England, the championship is no longer a forgone conclusion.

“This year there is a real level playing field,” explained Jenkins, “We didn’t show ourselves in a good light against Ireland but I still don’t think Ireland were 50 plus points better than us and we showed against Scotland that we can compete for 80 minutes as well.

“We pride ourselves on being a fit team and we knew come the last 10 minutes we’d really come through and I think that is where we can really build now going into the next game.”

With the forwards managing to get on top of their counterparts, fly half Jac Lloyd was able to keep the ball in front of the pack with some astute tactical kicking to pile on the pressure in the second half. As a result, Wales surged through like a red tide and Hawkins picked a sumptuous line to power over to add to Alex Mann’s earlier try.

Dan Edwards’ conversion put Wales in front for the first time of the match and in the last 10 minutes Harri Houston and Morgan Morse sealed a morale boosting win for Byron Hayward’s side.

“Conditions-wise it was a lot windier than what it seemed and playing with the wind in the second half certainly enabled us to work our way up field easier and made our exits a little bit easier too,” said Hawkins.

“In the first half, exiting from our own half was tough. We had to run the ball a bit more and we did that pretty well.

“We made five clean line breaks in the first half but we weren’t clinical enough to capitalise on it. But funnily enough, in the sheds at halftime we felt like we were on top even though we were down on the scoreboard. We knew coming out for the second half with the wind behind us, it would be easier for us to play without the ball and make our way up the field and make Scotland exit into the wind – and luckily enough in the last 20mins we came through.”

With Hawkins and James combining seamlessly in Wales’ midfield, Hawkins is optimistic the partnership can continue to flourish.

“We were lucky enough to get some game time together last year so we know each other. We know what compliments each other so it’s nice just to build on that relationship and hopefully that will carry on for the rest of the tournament.”

Scoring a try at a crucial juncture proved the icing on the cake for Jenkins and he’s adamant Wales have put themselves right back in the frame for further success.

“It’s always nice to score – I don’t get over the whitewash often but funny enough I scored against Scotland last year so they must be a lucky team for me.

‘The competition is wide open, we’ve only lost one game so we can still go on and win it and that is definitely an ambition that we have got.”