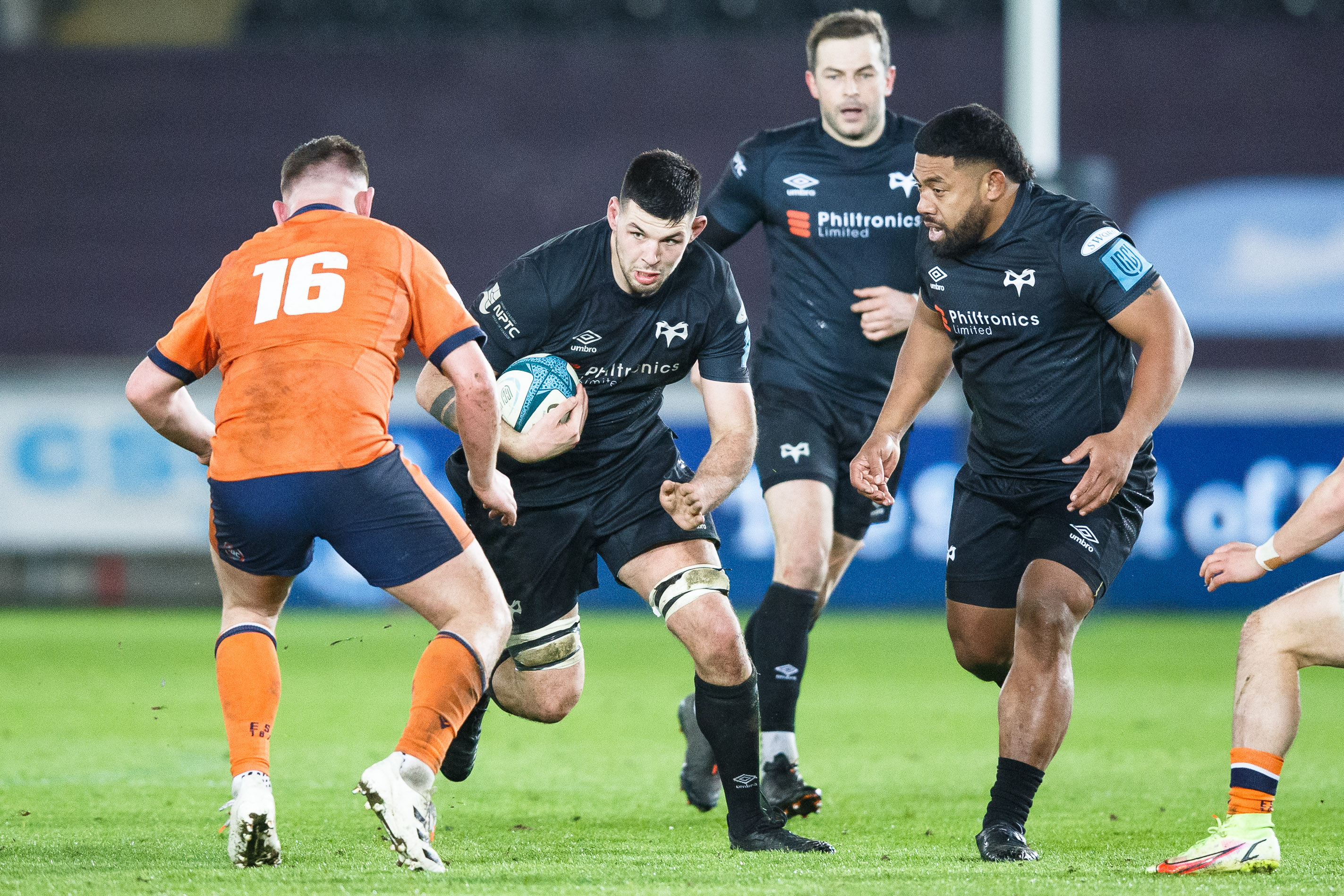 Lock Rhys Davies knows how close to home the West Wales Derby between the Ospreys and the Scarlets can get.

Davies, 23, who signed a new three-year deal to stay with the Ospreys, is one of a raft of young players from the region who have impressed during the current URC campaign.

The Swansea-born second row’s performances have seen him on the brink of a Wales call-up and he has emerged as a supporter’s favourite with the Ospreys faithful.

“In my family, my aunt supports the Scarlets and my Dad’s side of the family are all Ospreys supporters,” said Davies.

“So this game is a real family rivalry for us and is bigger than just the game.

“This game is always a great occasion and I have been a few times as a supporter, and the Ospreys had a few good wins against the Scarlets when I watched them.

“I just have really good memories of watching this game as a youngster.  Derbies like this always mean a lot to the supporters, I know it meant a lot to me.”

Rhys Davies
“So this game is a real family rivalry for us and is bigger than just the game."

Davies has already experienced playing in the West Wales Derby but that was without a crowd and in Llanelli. This will be his first experience of playing the Scarlets in Swansea.

“This will be the first Derby I have played in with supporters and they always bring a great noise and I am really looking forward to it,” said Davies.

“The noise always lifts the players and you know your family and mates are all in the stands watching. You just can’t beat a local derby

“These games have an edge, its personal and you are going against some familiar faces.  Our supporters have made a real difference to us in the games we have won at home.

“They have been there and helped us through some tough games that we went onto win.  The Scarlets game will be no different and the supporters can really give us a lift.”