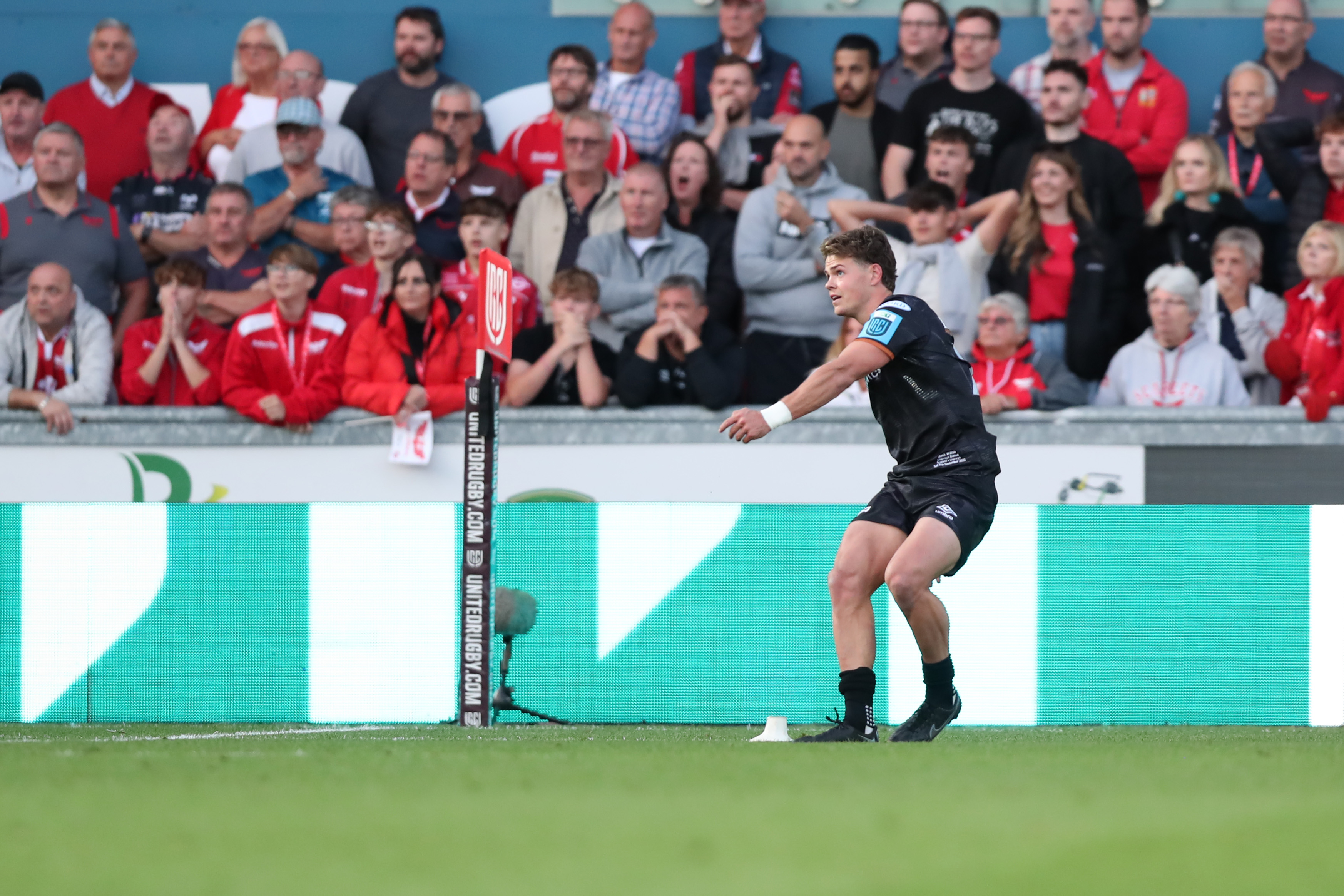 A last gasp conversion from Jack Walsh ensured the Ospreys walked away from Parc Y Scarlets with a hard fought draw.

From an early lineout, Ospreys went through three phases; quick hands from Owen Watkin released Gareth Anscombe who put Keelan Giles into space before a ball back inside for Anscombe to score. The outside half converted.

Minutes later George North stripped the ball from the hands of Jonathan Davies. Watkin kicked down field and followed up with the tackle, Scott Baldwin won a turnover penalty. Anscombe kicked the three points.

Scarlets responded with a penalty from Sam Costelow when Tom Francis was penalised for being off his feet at a breakdown.

Anscombe replied with another three points after Scarlets were offside on their own 22.

Scarlets went down to 14 men after Costelow was yellow carded for a dangerous clear out on Justin Tipuric.

The away side piled on the pressure while they had the man advantage however, Scarlets defended courageously to end the sin bin period without conceding.

On the verge of half time Tipuric was penalised for a late tackle on Johnny McNicholl where he seemed to make slight contact with the head. Costelow took the three points to close the gap.

Costelow and Anscombe traded penalties early in the second period keeping the game within one score.

Ospreys’ winger Giles was then yellow carded for a deliberate knock on as Scarlets were on the counter-attack.

The home side took full advantage of their extra man. Centre Johnny Williams spotted a mismatch in the middle of the park and used his strength to hand off the last defender and sprint over the try line. Costelow converted.

Scarlets took the lead for the first time when Costelow stepped inside the Ospreys defence and scored under the sticks. The try was awarded after a TMO check following a heavy challenge by Vaea Fifita on Watkin. Costelow added the extras.

The home side had control of the match, spending the majority of the last ten minutes in Ospreys territory. With three minutes left on the clock Dewi Lake won a crucial turnover penalty just short of his own line.

Ospreys worked their way down field after winning several penalties, including one where Sione Kalamafoni was sin binned for a deliberate knock on.

From the resulting penalty, Ospreys fought hard and powered their way over the try line through Rhys Davies. Jack Walsh held his nerve to kick the crucial conversion from out wide to secure the draw.