The Ospreys have been handed a boost in the build-up to Friday’s Liberty Stadium derby against the Dragons, after Rhys Webb became the latest player to re-sign a National Dual Contract (NDC).

Webb, a former Wales U20 International, made his debut for the Ospreys in 2007 having come through the development pathway and has made 122 appearances for the region to date, scoring 25 tries. He made his full international bow in 2012 and has gone onto make 16 appearances for his country (5 tries).

“It is fantastic to see another Welsh International re-sign a National Dual Contract and commit their playing future to their region and in Wales.

“We are continuing to work closely with the Regions to ensure our top players remain in Wales and the signing of Rhys is further evidence of this relationship working.” 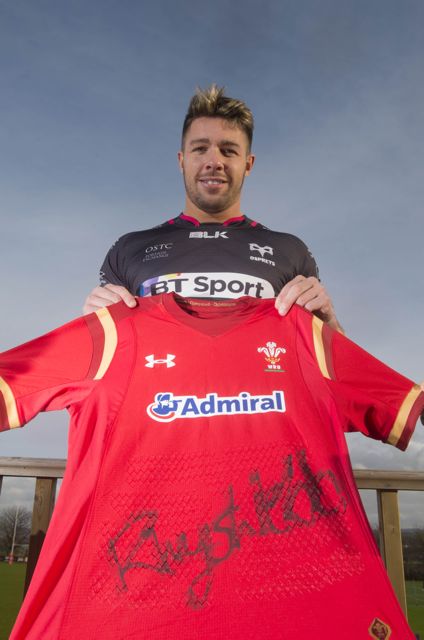 “I’m over the moon to have been able to re-sign an NDC. With this security I can concentrate on my rehab without any distractions, knowing that I can put all my efforts into getting back out onto the pitch in the coming months and doing what I love doing the most, which is playing for the Ospreys.

“It’s flattering to know that there’s interest in me out there but this is my home region and I want to do all I can for the Ospreys, continuing to develop and, hopefully, play well enough to continue being selected for Wales.”

“It’s excellent to see Rhys becoming the second player to commit his future to playing within Wales for the Ospreys by re-signing a National Dual Contract following on from Dan Biggar earlier this month.

“Rhys is another homegrown player who takes enormous pride in representing his region and, like Dan, has risen in prominence over the last 12 to18 months, meaning their services have been in great demand.

“With them both committing to the Ospreys and Wales this month, we look forward to seeing them continuing alongside each other for region and country for some time yet, which is exactly what NDC’s are all about.”