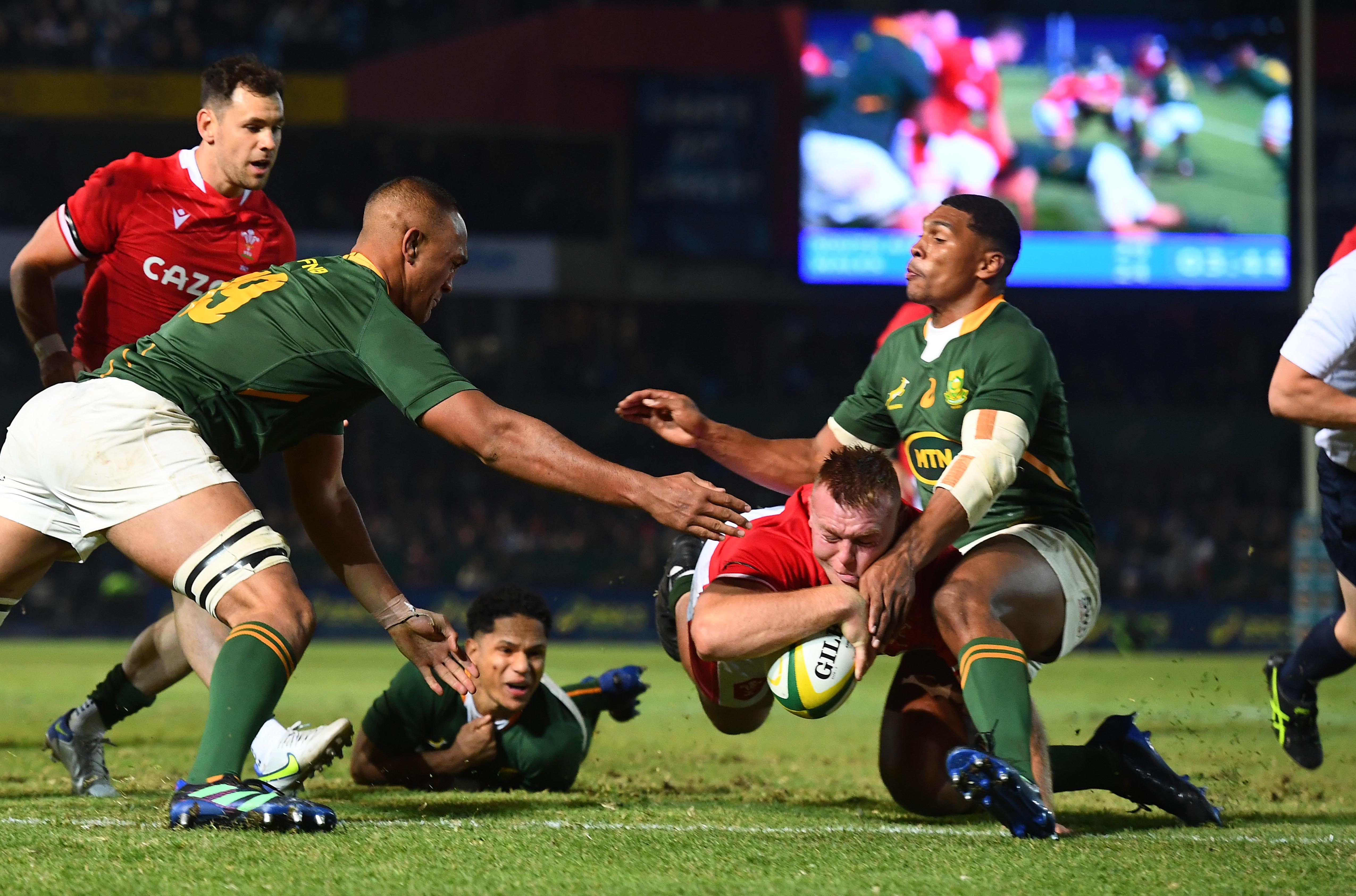 "We back ourselves to come out and do a job."

Dewi Lake is confident Wales can back up their impressive performance against South Africa with another strong showing in Bloemfontein next week.

Wayne Pivac’s side were unfortunate to lose out 32-29 to the world champions at Loftus Versfeld putting in a gutsy performance which included a brace of tries from Louis Rees-Zammit, and a score from Lake himself. Lake is quick to point out it is a three-test series, and is adamant Wales have the potential to go one better next Saturday.

“We’ll have the bit between our teeth going into the next test and we’ll back ourselves to do it,” said Lake. “We’ve still got a chance to create history.

“People may think that but the 34 boys in the changing room don’t think that. The suggestion throughout the week was that we had no chance at all, and we could see a repeat of the 96-13 defeat (1998).

“We’ve proved that one to be wrong already. All that matters to us is the belief we have in our squad.

“If people want to back us along the way they are welcome to but in that changing room we back ourselves to come out and do a job. Over the next two weeks it’s up to us to do that.”

Despite the quality of Wales’ performance one concern was their discipline with Pivac’s men having three players in the sin bin at one point. And Lake admits this is an area they will have to improve on if they are to level the series next weekend.

“When you are playing the best team in the world you can’t give away 15-17 penalties, and four yellow cards because you just aren’t going to beat them. We’ve shown we are here to play. We are here to put up a fight and we are here to win games.

“Bring on the next two weeks. We spoke about the toll it take on us as a squad both mentally and physically for the past couple of weeks but until you are actually in it you don’t get any feeling for it.

“It was a great experience for me being involved in that and I’m looking forward to the next couple of weeks.”