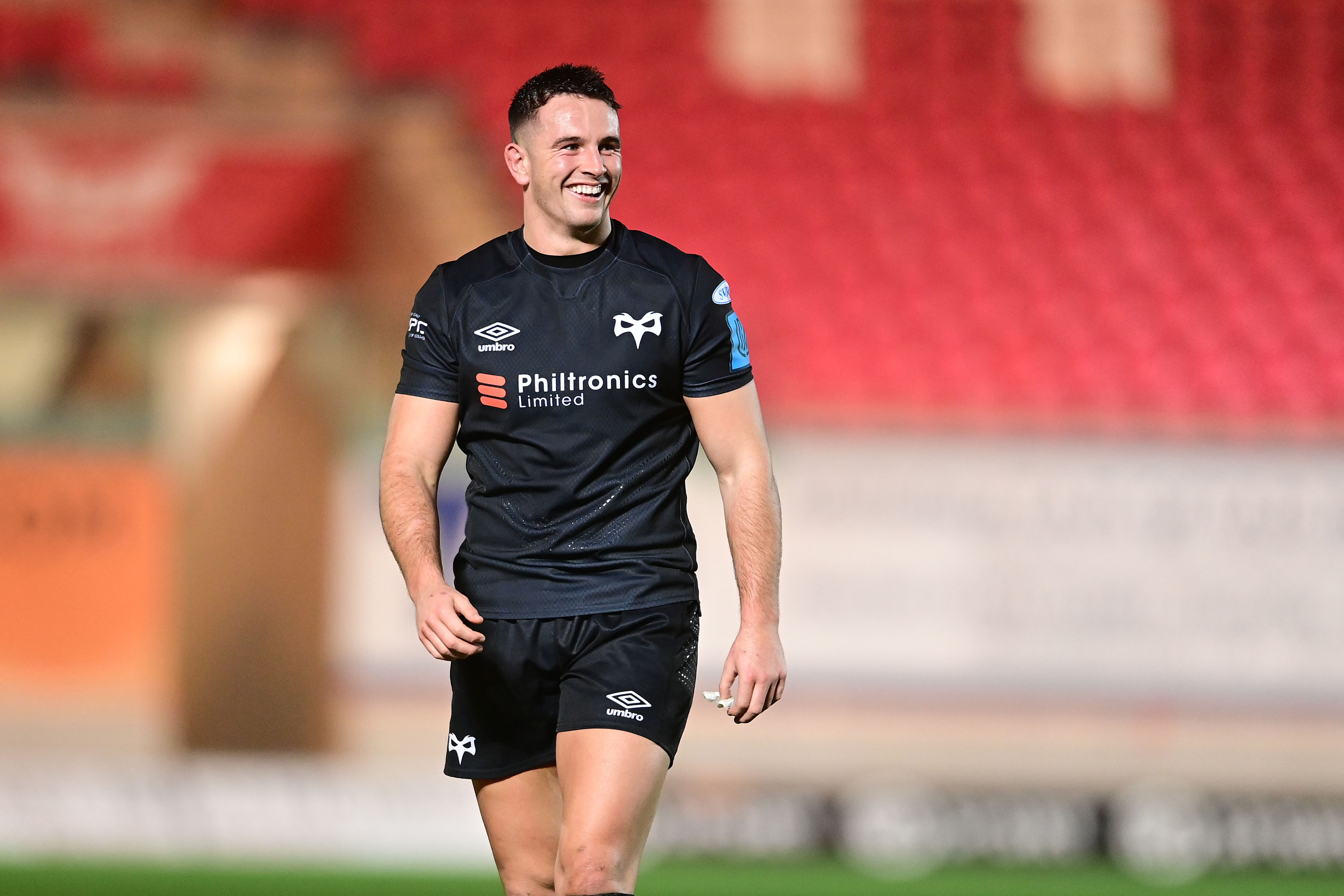 Watkin over the moon to be back with Wales

Owen Watkin is chomping at the bit to get stuck into Scotland this weekend having been selected to start in the number 13 shirt for Wales.

The Ospreys centre missed out on selection for last summer’s test series against Argentina, and the autumn internationals. But the 25-year-old has forced his way back into Wayne Pivac’s squad with several outstanding performances for the Ospreys.

“I’m just grateful to be back in the squad,” he said. “Wayne, Stephen and Gethin gave me work-ons to do and I feel I’ve implemented them into my game at the Ospreys.

“They’ve stuck to their word and picked me in the squad. I’ve worked hard on aspects of my game and it’s come through now.

“Beardy (Adam Beard) was a prime example for me. He wasn’t picked in the autumn and then he was a Lion by the autumn.

“He’s someone who got left out and was disappointed. But that character and determination to work hard got him back.

“I followed in his footsteps and I’m fortunate to now be back in the squad.” Watkin will line up alongside Nick Tompkins in midfield, and will be up against a formidable Scotland centre partnership of Sione Tuipulotu, and Chris Harris.

Watkin is confident he can hit it off with Saracens man Tompkins, and is hoping to show his class in attack at the Principality Stadium this Saturday. “Nick’s a great player,” said Watkin.

“For Sarries, he plays a lot at 12. Obviously I play a bit of both.

“We get on and it’s the sort of combination where you’ve got to click quickly otherwise it’ll be a tough day at the office. Training’s gone well this week and we’re looking forward to putting on a show on Saturday.

“Wayne and Stephen told me I needed more positive moments with the ball which I agreed with. I’m pretty solid in defence, but I needed more flair in attack.

“Playing for the Ospreys this year, I’ve got my hands on the ball a lot more. I feel I’ve delivered what they asked for which has given me the chance to get back into the squad.”

Watkin's last start for the @WelshRugbyUnion was in this game against @Scotlandteam in last year’s Championship 👀 pic.twitter.com/kog1mmnAjX