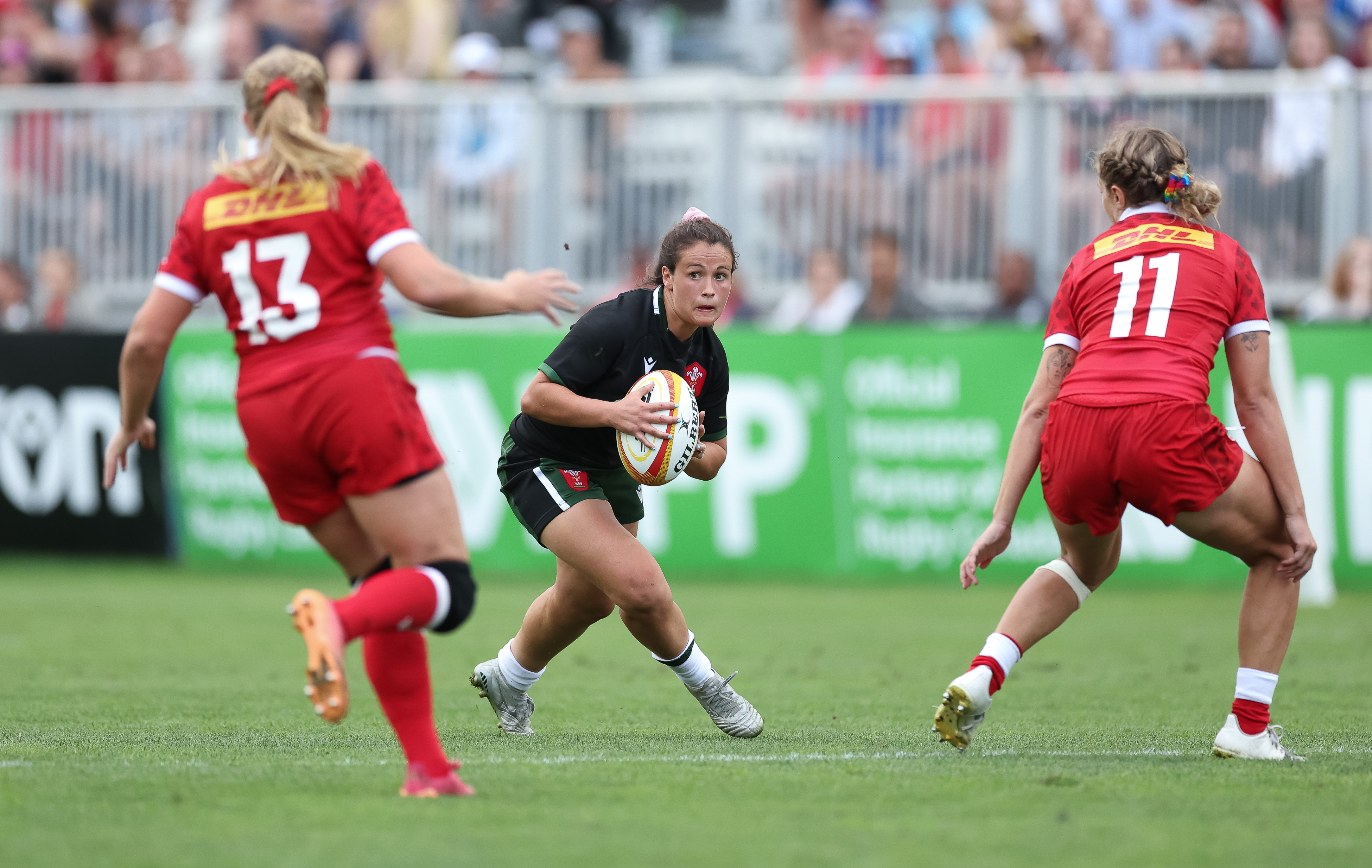 Former Osprey Siwan Lillicrap leads the side as Captain. Second-row duo of Gwen Crabb and Natalia John also book their place in the squad alongside Cara Hope and Carys Phillips in the front row.

Cunningham said, “We are delighted with the group we’ve settled on, we are really looking forward to seeing what we can do when we touch down in New Zealand next week. There were a few robust discussions and you are always looking at combinations, scenarios we could face over a long period in New Zealand and importantly, ways you can get the best players on the pitch but overall we are pleased with where we are.

“We’ve had two tough warm-up matches which was exactly what we needed, and we’re just very excited at what’s in front of us.”

Cunningham added, “Siwan is a brilliant captain on and off field. She has a great tactical mind and an understanding of what calls to make at what moment. Her communication with referees and her game management skills are second to none. She certainly benefits the team in many ways.

“Having said that, we are growing our leadership group and Hannah has led the team by example against Canada and England this summer. Her work ethic is high and she is going to be a strong leader too. Hannah is learning a lot from Siwan and the two have worked together in recent weeks. The pair complement each other in many aspects."

Three players – Sioned Harries, Elinor Snowsill and Caryl Thomas – are set to participate in their fourth world cup while 19 players could make their Rugby World Cup debut. These include Lowri Norkett, whose sister Elli played in the 2014 Rugby World Cup. Elli tragically passed away in 2017 aged 20. Lowri has also accepted the offer of a full-time contract until the end of the year while Abbie Fleming and Robyn Wilkins move from part-time to full-time contracts in line with all other squad players.

Ioan added, “As a coach, you are always delighted when someone works really hard and forces their way into a team or squad. Lowri Norkett is one of those. She has come in, trained her socks off and fully deserves her place.

“We have players experiencing their first world cup and what an opportunity to do that in New Zealand and we will obviously draw on the experiences of Sioned, Elinor and Caryl during the tournament."

Sioned Harries said, “It means a lot to get to New Zealand. It will taste sweeter based after being away from the squad for three years.

“I've always had high personal standards but I’m able to train full-time now so it’s a world cup where I have high expectations for myself and I want to make myself, my family, my team mates and my friends proud.”

Lowri Norkett said: “It’s been a bit of a whirlwind to be honest. From getting my first cap in Canada, to getting a contract up to December to booking my ticket to New Zealand, it’s been an incredible month.

“I think coaches reward hard work and even though I didn’t get a contract the first time around, I kept working hard and it’s paid off.

“My fondest memories of Elli are of going to watch her in France in the 2014 Rugby World Cup when she was just 17. It’s amazing I’m going to do the same now. She’s been my inspiration every time. I’ve had to work very hard to achieve this whereas everything came very easy to her. I’m a bit lost for words to be honest. My family and fiancé are obviously very proud.”

It’s an emotional call-up for 38-times capped Kerin Lake too who is fulfilling her long-time dream of making it to a Rugby World Cup having missed out on two, the first after giving birth to nine year old son Jacob.

She said, “It’s a bit surreal to be honest. I know the coaches have taken a gamble on me as I’ve been fighting back from injury for most of the summer. Once it sinks in I just want to do everything I can to kick on now and hopefully get on the pitch for the team. I wouldn’t be here if I hadn’t been part of the full-time programme from a rehab point of view.”

All of Wales' RWC matches will be shown live on ITV and online on S4C Clic and the S4C YouTube page. Full match replays will then be shown on S4C later in the day.