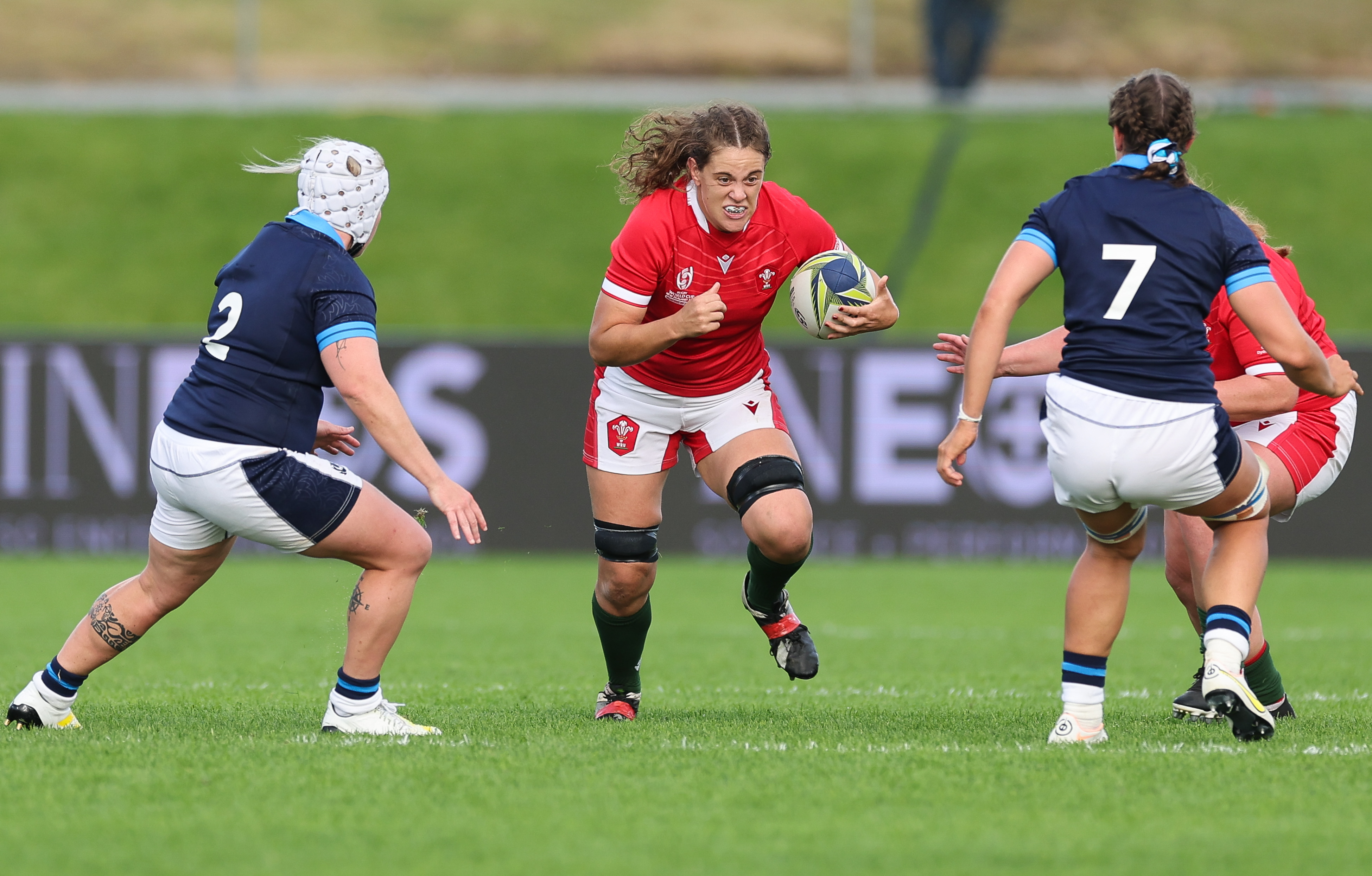 Wales Women name team for second game of the RWC

Wales head coach Ioan Cunningham has named his side for their second Test of the Rugby World Cup against New Zealand on Sunday.

Siwan Lillicrap returns to Captain the side lining up alongside Natalia John in the second row and Gwen Crabb in the pack. Fellow Ospreys Women teammate Cara Hope joins them in the pack. Kayleigh Powell takes her place at fullback with last week's Player of the Match Elinor Snowsill at 10. Off the bench Kerin Lake returns from injury and last week's winning kick scorer Keira Bevan completes the former Ospreys representation in the side.

Without underestimating the size of the task ahead against the current world champions on their own turf, Cunningham has challenged his players to grab the opportunity with both hands.

“As a squad we have spoken about embracing this challenge,” said Cunningham. “It’s a great opportunity to express ourselves. We’re playing New Zealand in their home world cup, we’re both on the back of wins, so it’s all about this game now.

Cunningham feels the side has the right balance.

“You’ve got to keep some momentum and consistency. I thought Meg Webb did extremely well on Sunday, she deserves another opportunity as do the rest of the backs.

“We wanted to bring the experience of our captain in at lock. Unfortunately, we have lost Alisha so we wanted to utilise Gwen Crabb’s extra strength at 6. Bethan Lewis has been pushing Alex Callender in training and deserves a start. Carys Phillips has picked up a slight ankle injury so it’s a chance for Kelsey to take her opportunity in the starting line-up and for Kat (Evans) to come onto the bench."

Kerin Lake will take up a place on the bench after returning to fitness after missing the warm-up matches.

Cunningham added:
“It’s great to see Kerin back involved along with Sisilia (Tuipulotu) and Abbie (Fleming) on the bench, it will be good to see them go.
​
“We started well against Scotland, scored two tries up but created more scoring opportunities, we probably left two tries out there. If we can take more of those opportunities, we’ll be in a much better place come Sunday evening.”