Seven Ospreys have been included in the Wales team to play England at Principality Stadium on Saturday (4.50pm KO).

Rob Howley has made two front-row changes from the side that beat Italy on the opening weekend.

Props Rob Evans and Tomas Francis both come into the starting XV for Wales’ match against the Grand Slam Champions.  Taulupe Faletau is the solitary personnel change from the match-day squad against Italy and he is named on the bench.

Evans and Francis join Ken Owens in the front-row with Jake Ball and skipper Alun Wyn Jones again partnering in the second-row. Sam Warburton, Justin Tipuric and Ross Moriarty make up the back-row.

“There is huge excitement in the camp ahead of Saturday for what is set to be a massive RBS 6 Nations encounter,” said Wales Head Coach Rob Howley.

“We were really pleased with the result out in Rome and are looking to build on that performance this weekend.

“Both Rob (Evans) and Tomas (Francis) made a big impact off the bench last weekend and deserve their opportunity to start.

“We have had a short turnaround but Dan and George have worked hard with the medics and we are pleased to be able to name them.”

On the bench Nicky Smith, Samson Lee and Scott Baldwin provide the front-row replacements with Cory Hill and Faletau completing the forward contingent.  The back-line cover remains the same from Rome in Gareth Davies, Sam Davies and Jamie Roberts. 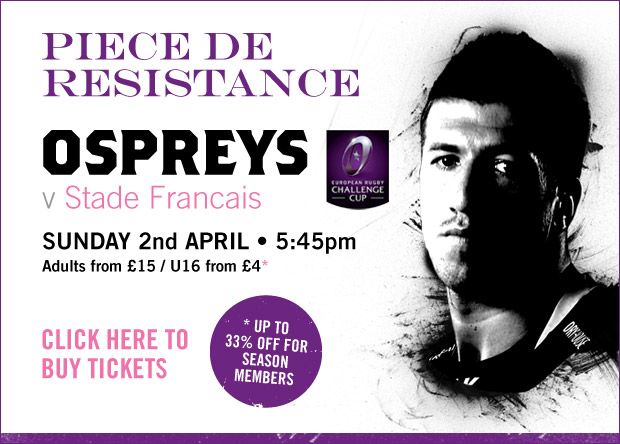