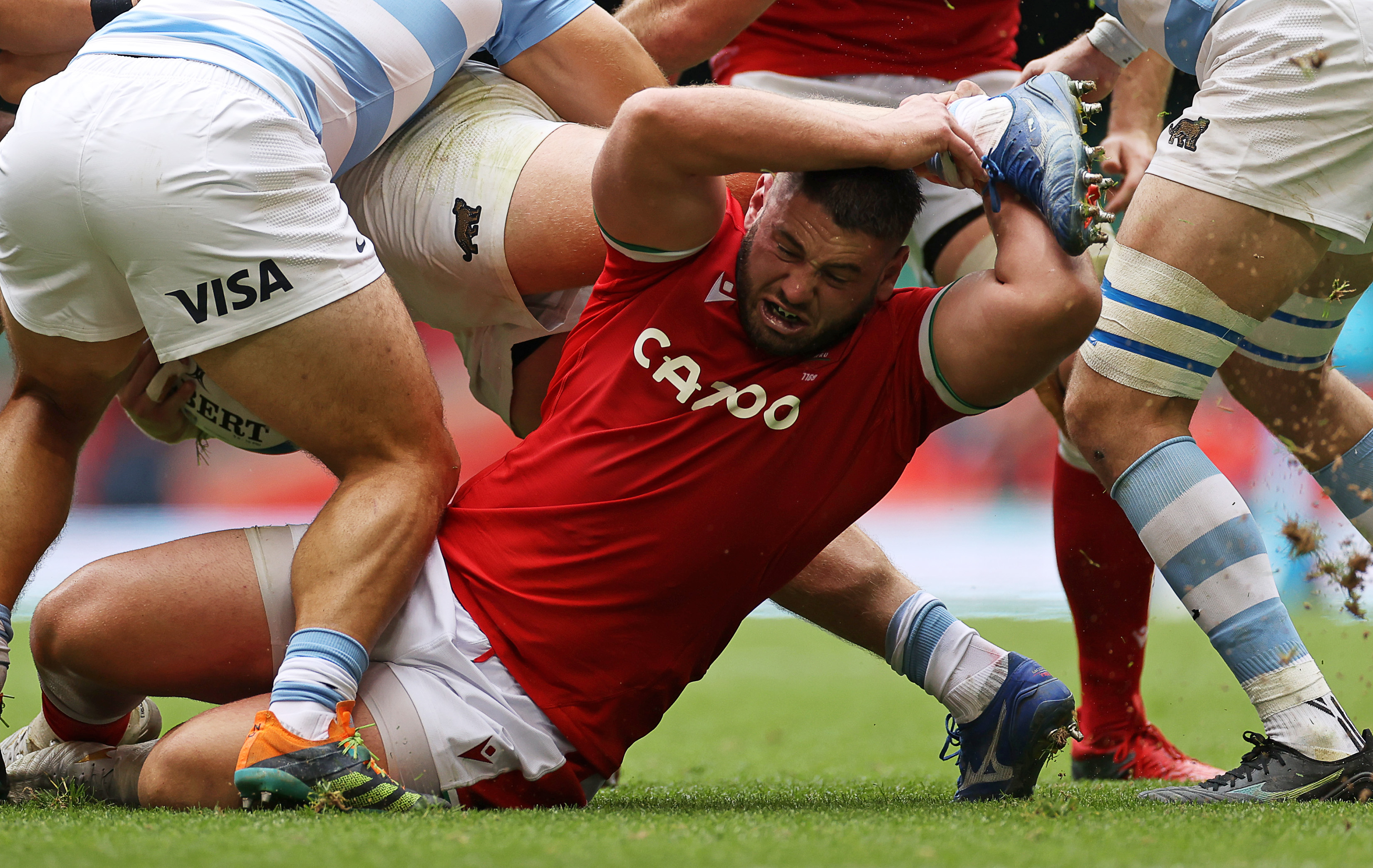 Wales shared the spoils with Argentina on the weekend in a 20-20 draw at the Principality Stadium.

Ospreys looseheads Nicky Smith and Gareth Thomas were both in International action on Saturday afternoon where the side in red showed plenty of intent throughout, but lacked the clinical edge to put away the Pumas.

Against the run of play, in the 16th minute, Argentina got the first points of the game on the board thanks to the boot of Nicolas Sanchez who converted a penalty for a three-point lead.

Almost immediately Wales cancelled out Argentina’s advantage through the boot of Callum Sheedy who made amends for an earlier miss.

Wales edged in front through another Sheedy penalty for a 6-3 lead.

In the 28th minute, both sides lost a prop to the sin bin for causing problems in the scrum.

Dillon Lewis for Wales and Nahuel Tetaz Chaparro for Argentina were both given their marching orders by referee Matthew Carley.

In what what was a decisive moment in the game, the ill disciple continued for Argentina with full-back Juan Cruz Mallia shown a red card for making direct contact to the head of scrum-half Kieran Hardy.

Four minutes from half time, Argentina levelled the scores as Sanchez struck over his second penalty of the match from a routine position.

Then on the stroke of the break, Argentina scored the first try of the game through Pablo Matera who went over from close range to give Argentina a 13-6 lead going into half-time.

After the late first half blow, it was important for Wales to start the second half strongly but their task was soon made even harder as Argentina scored their second try of the match.

From a scrum in the Welsh 22, Jeronimo de la Fuente went over

The centre dived under the sticks unopposed and Sanchez knocked over the simple conversion to give Argentina a 20-6 lead.

Crucially, Wales reacted strongly and got back in the game through second row Will Rowlands who charged over after showing good hands to take a pass from replacement scrum-half Tomos Williams.

Jarrod Evans then converted to put Wales back within seven points.

A spirited Wales continued to push to get back in the game and after some sustained pressure deep inside the Argentina half, they were rewarded with a vital try.

A solid scrum by Wales allowed try-machine Williams to race through a gap to score.

Evans levelled the scores with the conversion.

This set up an intriguing last eight minutes where any outcome was possible.

Argentina were soon left to rue their third missed penalty at goal in what where all key moments in deciding the course of the match.

In the dying moments of the game, Evans missed a long kick at goal that would have sealed Wales the victory.

The draw set things up perfectly for next Saturday when Wales once again take on Argentina at in Cardiff.