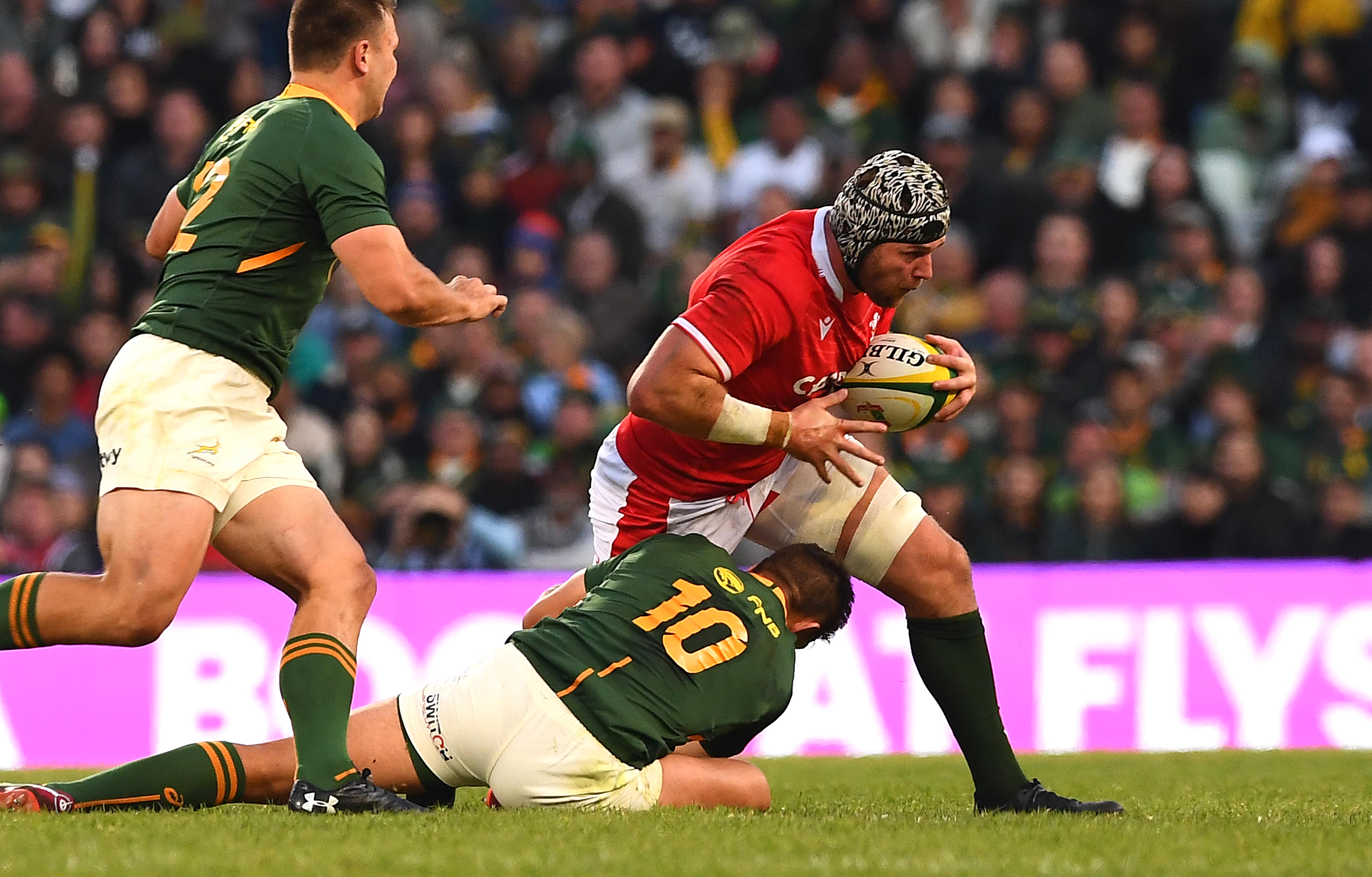 A late – very late – conversion from Gareth Anscombe helped Wales to a historic first win over the Springboks on South African soil as they triumphed 13-12 in Bloemfontein.

It was a heroic rear guard performance from Wayne Pivac’s side who trailed 12-3 with 20 minutes to play. Wales kept plugging away and Anscombe reduced the arrears with a penalty to lift Welsh fans hopes after the home side had battered and pummelled the Welsh defence but couldn’t pull away.

They were made to pay when Anscombe showed nerves of steel to send Wales to their historic victory and ensure the three-Test series will be decided next Saturday in Cape Town.

Wales kicked off the match and immediately Wales got on the scoreboard when referee Angus Gardner pinged South Africa for going off their feet. Dan Biggar gave Wales the perfect start by slotting the easy penalty.

South Africa hit back in the sixth minute when Handre Pollard fired over a penalty after Wales were caught off-side in front of their own posts.

In the 13th minute the Springboks were penalised when hooker Joseph Dweba tackled a player without the ball but Biggar’s long range shot faded right.

The opening quarter was played at a frenetic pace with the untried Springboks throwing the ball about, testing the Welsh defence. Wales joined in with a similar mindset, running tap penalties but didn’t really make any headway.

Pollard had a chance to put the hosts in front with a long range shot at goal after the Welsh scrum was penalised, but his strike went wide.

After a period of sustained pressure, South Africa were awarded a penalty when Wales were ruled off-side in their own 22. The Boks ignored the easy three points and went for glory. Pollard kicked the ball to within 5m of the Welsh try-line but Dweba’s throw-in went awry and Wales were able to relieve the pressure.

The world champions began to turn the screw but great defence by Ryan Elias followed by Tommy Reffell held the hosts at bay.

The teams entered the changing rooms locked at 3-3 and even though South Africa had edged possession with 52% at that point, they had racked up 184 metres gained as opposed to just 34 by Wales in the opening half.

Pivac’s men bravely stood up to the challenge with Biggar setting a captain’s example when blocking a rampaging Dweba in full flight.

Pollard edged South Africa ahead with a straightforward 30m penalty in the 43rd penalty but Wales had a chance to immediately tie the scores but Biggar was astray with his shot at goal.

Neither side was able to seize control of the game as dopped passes and indecision from both sides ensured little structure to the game. The tackling from both sides became increasingly brutal.

Pollard increased the lead to 9-3 in the 52nd minute with his third success from the tee but he inexplicably shanked an easy attempt shortly after to offer Wales hope.

The Boks continued their full frontal assault with their big ball carriers and the odds appeared to have increased in their favour when Alun Wyn Jones was harshly yellow carded. Pollard eventually made their possession and territory count with his fourth success taking South Africa to a 12-3 lead with 20 minutes remaining.

Replacement fly half Gareth Anscombe made it a one-score game when he sent over a penalty to reduce the arrears to 12-6 in the 66th minute.

Eben Etzebeth started getting on the wrong side of the referee and gave away two consecutive penalties, but Anscombe was unable to convert the opportunities into points.

But the Ospreys fly half made amends in the dying moments by sending a kick 5m out from the Boks corner flag. Wales recycled the ball and worked Josh Adams over in the corner in the 78th minute. Anscombe then rammed over the conversion from the sideline to put Wales one point ahead with one minute remaining.

Pivac’s brave battler held out for the remaining moments to ensure the Test series will be decided in Cape Town next Saturday.