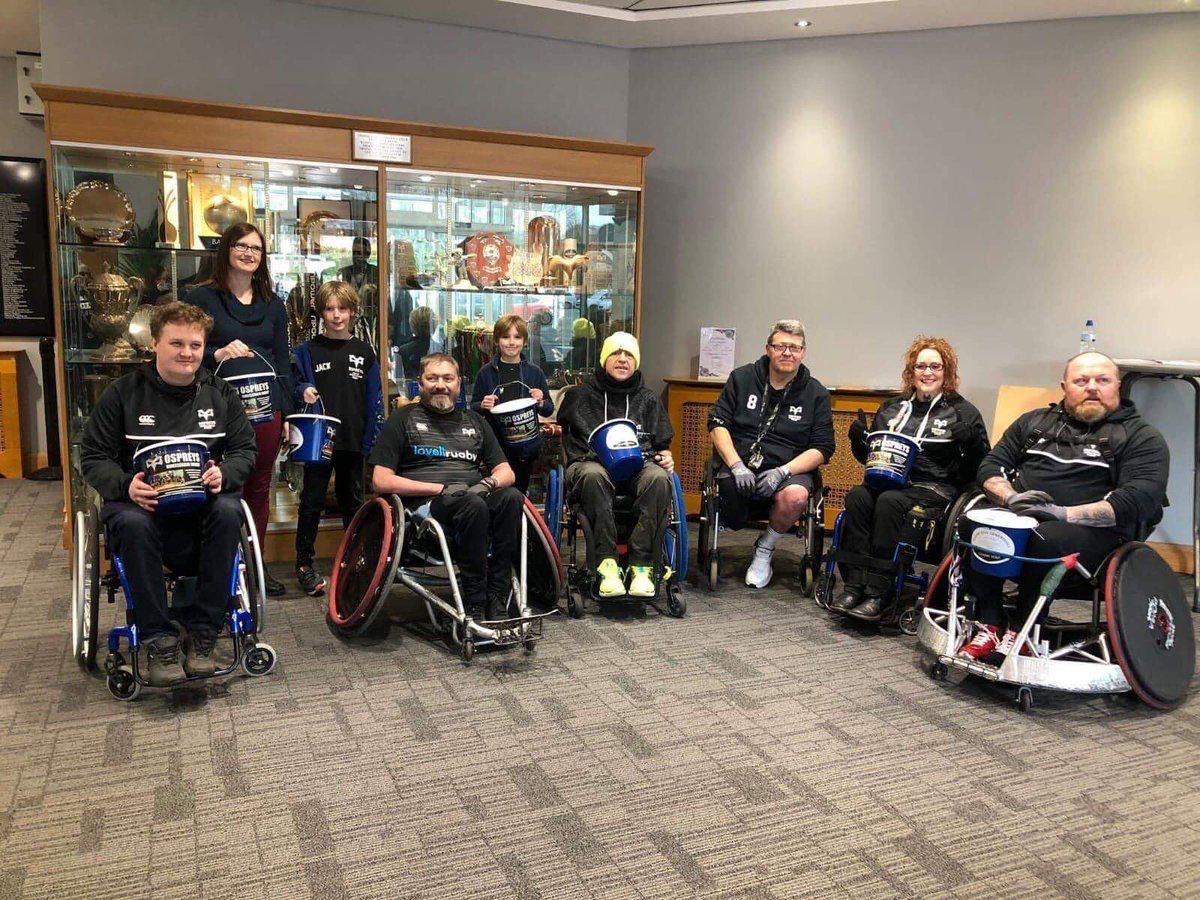 The project is a partnership between a number of organisations: Ospreys Wheelchair Rugby , RMA Sport UK, a manufacturer of sports wheelchairs based in Bridgend and Sports Chaplaincy Wales, the charity which trains and places volunteer chaplains in Welsh sports clubs at all levels.

In 2018 Rev. Steve Jones, sports chaplain and chairman of Ospreys Wheelchair Rugby encountered the President of the Paralympic Committee of Kenya while he was working as part of the chaplaincy team in the Athletes Village at the Commonwealth Games in Australia. The President had noticed Steve’s day rucksack that had the Ospreys wheelchair rugby logo on it and asked for a coffee and meeting with him to discuss wheelchair rugby and how to get the sport started in their country.

The president explained to Steve that they had some wheelchair basketball players in Kenya who really wanted to play rugby as an alternative. That encounter led to an invitation to Steve to visit Nairobi to meet with the Paralympic management and the wheelchair basketball teams. In the autumn of that same year Steve travelled to Kenya and spent a number of days getting to know the disability sport set up there and to meet government officials.

It became clear that the biggest obstacle to the sport ( which is now very popular here in Wales) starting in Kenya was the lack of any specialist, rugby wheelchairs at all  in the country on account of their high cost. Upon his return to Wales Steve mentioned this at one of the training sessions of the Ospreys Wheelchair Rugby team.

The coach Paul Jenkins and a number of the players spoke up about trying to do something to help. In the following weeks a number of the Ospreys players dug out their older, second-hand chairs and donated them. Steve then had discussions with RMA Sport UK, the firm in Bridgend from whom the Ospreys team buy their new rugby chairs, and the management of the firm very generously offered to donate some chairs themselves and to recondition the second-hand chairs for re-use out in Kenya.