Both the East and West U16s teams are in action this weekend and here are the two line-ups.

The Ospreys U16s East look to continue their unbeaten run of the season when they face Blues North U16s on Sunday 19th February at Llandarcy Academy Of Sport, K.O 2pm.

Speaking ahead of the game, head coach Colin Beaton said:

“After the win over RGC last Sunday we have made a few changes, some have been forced upon us due to half term commitments and some are due to players stepping up over the last three games and showing the coaches that they deserve to be involved.

“We have gone with the strongest squad available to us, hopefully giving our best players as much chance as possible of being selected for the combined Ospreys squad. As coaches we’ve had to make some tough calls on selection due to the high standards within the squad, the players not selected still have time to make selection for the last game against the West.”

Speaking ahead of the game, head coach Dai Jones said: "We've just come off the back of what was without doubt our best performance of the season against a tough Scarlets team, so the challenge for the squad is to maintain the high standard set last Wednesday.

“We showed some impressive character in defence and lots of enthusiasm going forward, which resulted in an excellent all round effort and a good game to watch. There are a few selection changes, so it's a great opportunity for players coming into the starting XV to show us what they are capable of. Parc Eirias is a great rugby venue and we are really looking forward to it as a squad." 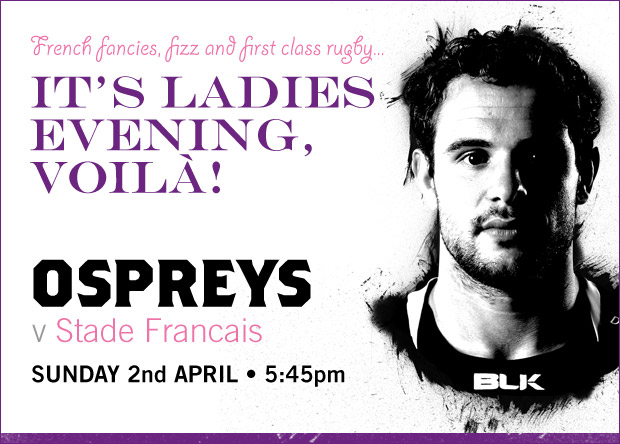