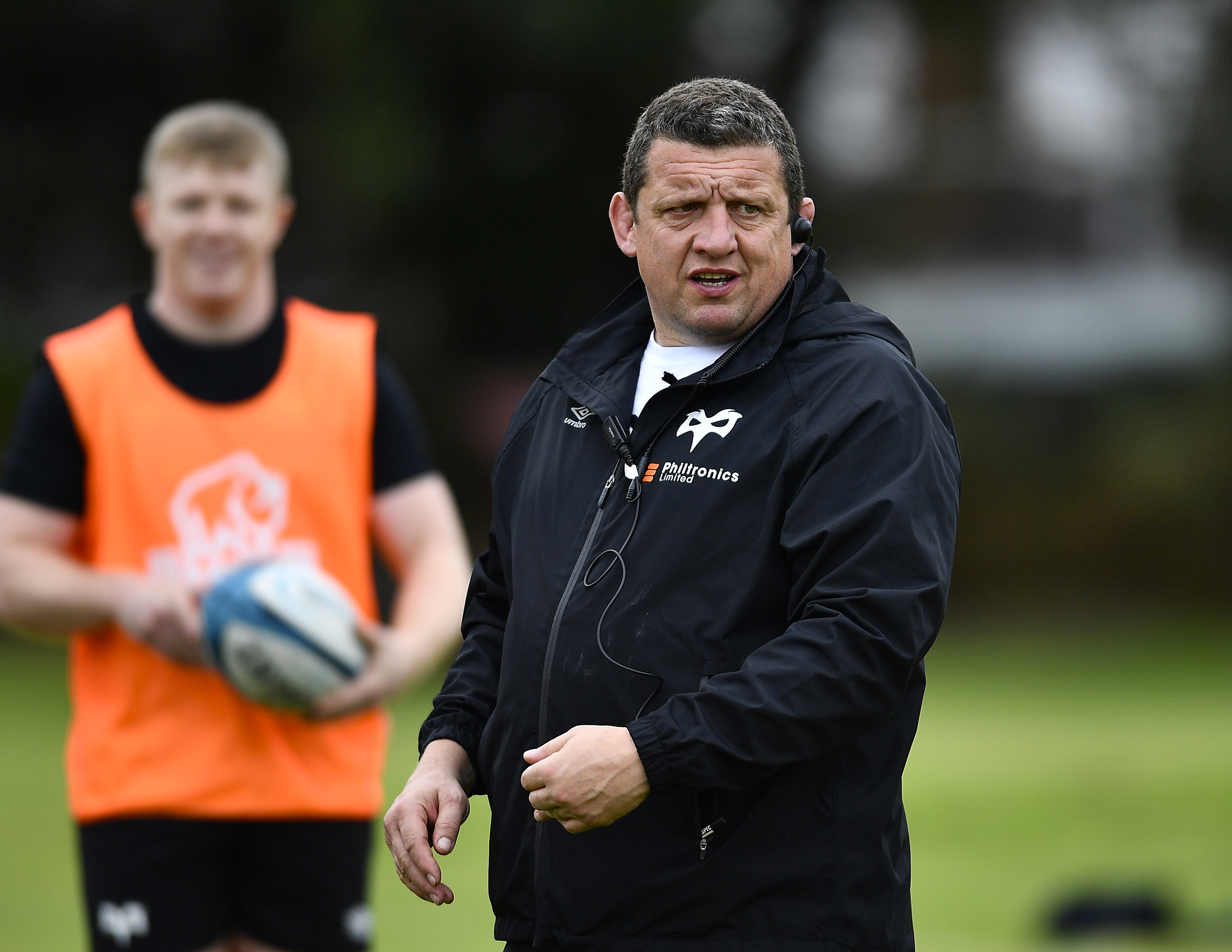 We welcome the Scarlets to the Swansea.com Stadium, this evening, for the West Wales Derby as the regular United Rugby Championship campaign reaches it’s climax.

There is still much to play for with the Welsh Shield and Heineken Champions Cup qualification on the line.

First and foremost, I know how significant local derbies are in Wales and you see that with the interaction between all the staff and players before and after these games.

Bragging rights are important and to get a positive result against Cardiff and in the manner we did, doing what we aimed to do was very pleasing indeed.  We were disappointed that we didn’t get the four-try bonus point despite our superiority in that game.

I always knew about the West Wales Derby between the Ospreys and the Scarlet’s and what is a traditionally passionate encounter. The Welsh people are passionate about their rugby and all of us at the Ospreys know how important this fixture is for everybody.

We all know the significance of this game because of what it means to the supporters.

The Scarlets will present a tough challenge and they like to drive and maul the ball a lot. They play with an expansive mindset and we expect them to test us defensively.

The Scarlets will come to us full of confidence after their recent run of results. Like us, they have bounced back from two humbling defeats out in South Africa.

They have secured some significant Welsh derby wins and got back on the horse last weekend with a win against the Dragons.  Rodney Parade is not an easy place to get a victory and the Scarlets will provide us with a very stiff challenge.

We know we need to be more clinical than we were at the Arms Park.  We need to show the same intent and enthusiasm but we need more of an end product because these games are always decided by fine margins.

Lock Adam Beard will celebrate his 100th appearance for the Ospreys when he runs out this evening and we will all want to pay tribute to what he has achieved.

Beardy has been a very significant player for me as a coach since I have been at the Ospreys.

His thirst for knowledge and desire to improve as a player, along with his resilience and ability to challenge personal disappointment and to move forward has been impressive.

His reaction to his surprise exclusion from the Wales squad only spurred him on and he bounced back to tour with the British and Irish Lions and is now Wales vice captain.

We were delighted for him and his family and this milestone represents the progression he has made with the leadership qualities he brings, on and off the field, to the Ospreys.