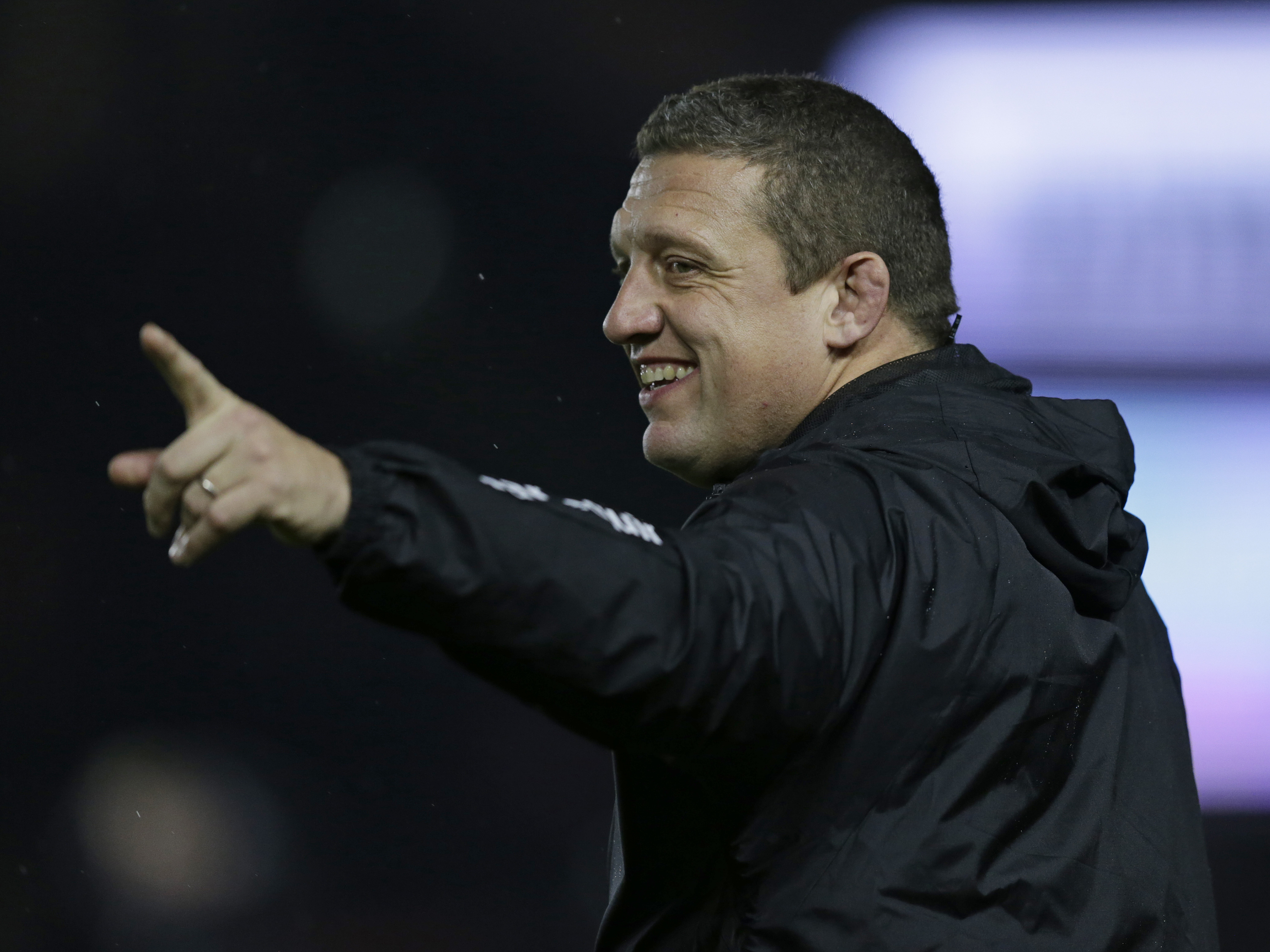 The Ospreys are pleased to announce Toby Booth has been appointed as their new Head Coach.

Booth comes to the Ospreys with a reputation as a deep rugby thinker, good communicator and as a charismatic coach who has a reputation for player and coach development.

He is an innovative coach who is renowned for building relationships with players and he achieved success during an eight-year tenure at London Irish, including as Head Coach and Director of Rugby, guiding them to English Premiership and Challenge Cup Finals and three successive Heineken Cup qualifications.

Mike Ruddock, Ospreys Performance Director
"Toby is a vastly experienced coach who has proven himself over many years in the English Premiership with London Irish, Bath and Harlequins."

Booth served as First Team Coach at Bath Rugby from 2012 until June 2019 where the team again reached Premiership and Challenge Cup Finals.

He is currently fulfilling a short-term contract with Harlequins where he has teamed up with former Ospreys, Wales and Lions Prop, Adam Jones, who is now the scrum guru at the Stoop.

Previously he has also coached former Ospreys and Wales prop, Paul James, at Bath, who is already involved with the Ospreys coaching set up.

Toby Booth, new Ospreys Head Coach
"When the opportunity was presented to join such an iconic Welsh team, based in an area that has a deep passion for the game, it made it an extremely attractive proposition."

A common theme throughout his career has been player development. Over his 15 years coaching, Booth has helped produce over 20 international players. Many of which have been home-grown from the club's Academy. He has a degree in Sports Science and is accredited in Coaching Mind-set and Performance Profiling.

Toby Booth, the new Head Coach of the Ospreys said:

"When the opportunity was presented to join such an iconic Welsh team, based in an area that has a deep passion for the game, it made it an extremely attractive proposition.

"The Ospreys is a side full of rich talent and international experience. It is an ambitious group and has good potential to improve.

"Having developed players throughout my career, I look forward to adding value to this squad of players and developing their performances on the pitch.

"This rich rugby region has always produced young talent.  The ability to help players reach their potential was a contributing factor in wanting this role.

"A team that has high numbers of home-grown talent is exciting for coaches and supporters. It helps achieve greater levels of consistency in effort as they are emotionally connected to the team."

"We are pleased to announce Toby Booth as the Head Coach of the Ospreys. Toby is a vastly experienced coach who has proven himself over many years in the English Premiership with London Irish, Bath and Harlequins.

"He is an excellent communicator and an innovative coach. His track record of developing a high performance rugby programme impressed the interview panel and the senior players that met with him during the recruitment process.

"There were a number of outstanding candidates on our short list however Toby's ability to outline his impressive coaching philosophy and his rugby specific knowledge marked him out as a stand out coach.

"The Ospreys Board would like to thank the WRU for their involvement and support for our recruitment process and we look forward to Toby taking charge next season."

Booth has signed a three-year deal and will take charge of the team in the summer of 2020.