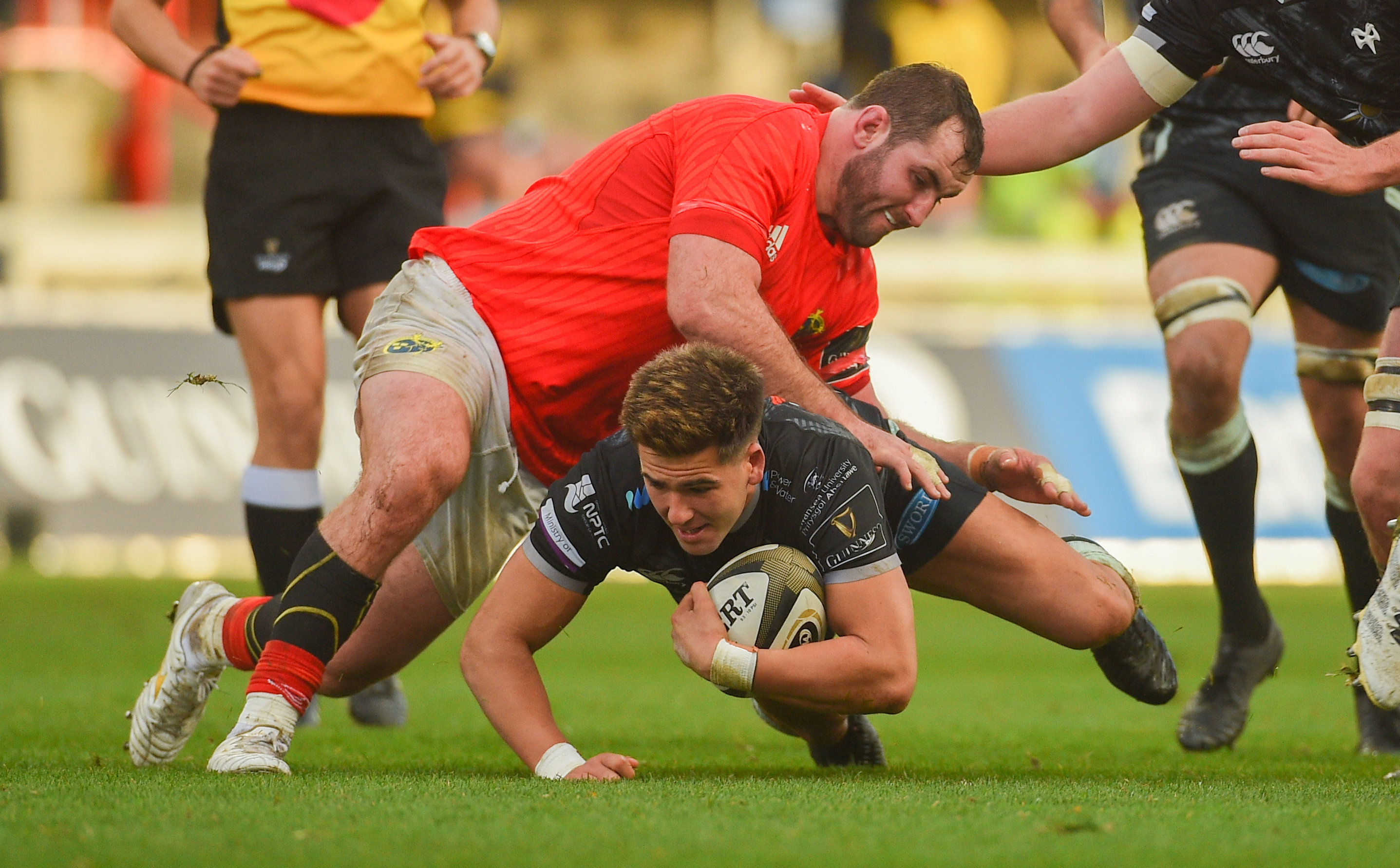 Thomas-Wheeler enjoying role at the Ospreys

Ahead of this weekend’s Italian job, young centre Tiaan Thomas-Wheeler gave his views on the challenge ahead and playing at the historic St Helen’s.

“We’ve had a few ups and downs this season so far. We’ve had a good couple of wins and then a few losses where we know we haven’t performed our best but hopefully this weekend we can turn it all around and start picking up those victories again.

Thomas-Wheeler made his Ospreys debut against Gloucester back in January 2018 in the Anglo-Welsh Cup. The then-18-year-old was initially picked as a travelling reserve, but a late injury meant he was soon on the pitch making his debut for the senior side.

Tiaan Thomas-Wheeler
“I feel like I’m definitely growing as a player, especially after being involved in the side for the last few years. I feel I’m more involved in the environment and have a lot more influence than I would in previous seasons which I’m really enjoying."

The young centre, who turned 21 this week, came through the development pathway via Llangatwg Comprehensive in his hometown of Neath, and at Trebanos RFC before progressing into the Ospreys Academy.

“Coming through the academy system, it does prepare you well for first team rugby. They have a great set up with really good coaches who are now involved with the seniors. I don’t miss the early mornings and lifting weights at 6am, but the academy has played a vital role in preparing me for pulling on the senior Osprey jersey and performing my best.”

Tiaan has gone onto feature 33 times for the region, crossing the whitewash on two occasions and has recently developed a centre partnership alongside fellow Osprey academy graduate Keiran Williams.

“Keith from Glynneath, it’s good playing with him, we have a good awareness of each other and how each other likes to try and play. It’s a relatively new partnership, we haven’t played a lot together but we’re forming a good bond which is a real positive for us.”

The duo are named as the midfield pairing in Sunday’s fixture when the Ospreys welcome Benetton to Swansea RFC, a challenge Thomas-Wheeler is looking forward to:

“It’s been great for us training at St Helen’s this season. It’s been the fresh start we all needed, new coaching staff, new training ground, which has had a positive impact on us all.

“We’re all excited to be playing here on the weekend. Benetton are a different team who play a different style compared to some of the Scottish and Irish provinces, but hopefully we can get our game plan together and pull out a great performance for the win!”