Ospreys Rugby are delighted to announce that 19-year old scrum-half, Reuben Morgan-Williams, has signed his first professional contract with his home region.

The teenager has been rewarded for the progress shown over the last 12 months, which has seen him gain Guinness PRO14 and Anglo Welsh Cup experience.

He came through the development pathway via Neath Athletic RFC, educated at YGG Ystalyfera and Neath Port Talbot College, and representing the Ospreys at age-grade, notably as part of the U18 team that won the 2015 WRU Championship. On the international scene he has been involved with Wales U20 across three separate seasons, enjoying Grand Slam success in 2016, and is targeting his third U20 World Cup this summer.

Elevated to the Ospreys senior team for the first time at the start of this season, he made his debut in the win over Zebre on the opening day of the campaign. He has made six appearances to date, scoring two tries. 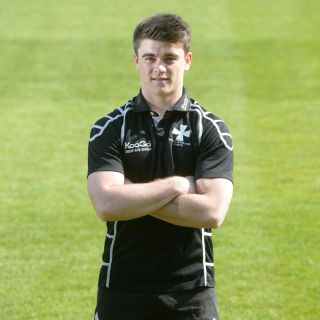 Speaking after signing his contract, the youngster said he was hoping to use it as platform to build from over the coming seasons.

“My first season has gone well for me, I’ve had some good opportunities and I’m delighted to put pen to paper” Morgan-Williams said.

“Every time you go up a level it is a big step-up and you’ve got to be prepared. I’ve tried to show what I can do in every game and I’ve been given this contract. It’s brilliant to get the chance to play for the Ospreys, my home region, and I want to be playing regularly so I need to make the most of this opportunity now and continue developing so that I can keep challenging.”

“Signing your first professional contract is always a big moment for a young player coming through the ranks. Reuben, his family, and all those who’ve worked with him through the pathway can take great pride in this news.

“He’s a talented individual and an exciting prospect who supporters will get to see more of in the coming weeks and months. He is a gifted athlete, with the ability to beat defenders with his pace and agility. The challenge for Reuben will be to lead and navigate the team with his communication and decision making, which will improve as he gains experience in the senior environment.

“He knows there is a lot of hard work in front of him if he is going to establish himself as an Osprey, there’ll be quality and experience in players like Aled Davies and Tom Habberfield that he’ll need to compete with if he wants to wear the shirt, but that competition is essential to develop young talent.”

Adam Beard, Olly Cracknell and Owen Watkin have all recently signed new contracts with the region, along with the confirmation of two new additions to the squad for next season so far, Wales backs Aled Davies and Scott Williams.